Students have been at the forefront of progressive politics and change throughout the centuries. We were engaged in the 1848 revolutions that shook Europe, and front and centre of a wave of radical protest that shook the world in 1968. We played a part in challenging apartheid in South Africa and the continued Israeli abuse of the Palestinian people. Most recently we are leading the way on fossil fuel divestment. 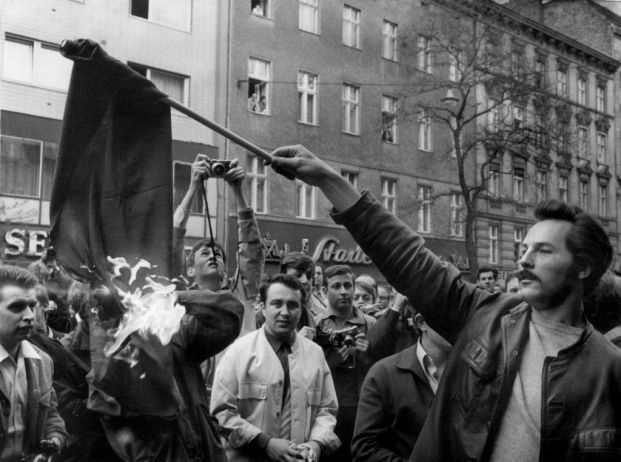 A protest during the Studentenrevolte in Germany, 1968. Credit: Stiftung Haus der Geschichte

If you think about it, it makes perfect sense that our universities would spawn so much radical action. At least in theory, campuses are places where young, energetic people are learning how to challenge and question preconceived ideas and worldviews each and every day, in community with others. It’s no wonder that students rise up to challenge injustice time and again. Yet our radical history and the crucial idea of campuses as the birth-places of rebellion is being undermined by a government carrying out a revolution of their own.

The drastic changes made to higher education have come thick and fast since the Conservatives entered government: tripled fees, set to rise higher and higher; retroactive changes to the student loan book, including its eventual sale; the linking of the National Student Survey, through TEF, to tuition fee hikes; the attempt to bring in more private providers and make it easier for them to be given degree-awarding powers; and proposals to stop academics receiving state funding as punishment for disagreeing with government ideology.

This is underpinned by a vision of higher education as a market, and the student as a consumer. This vision shifts the focus of a degree from expanding both your personal knowledge and the collective knowledge of a discipline, and thereby learning ways to improve or challenge society, to a focus on the individual and the enormous amount of debt that weighs them down. This investment inevitably creates concerns about returns – What job will I get afterwards? How much money will I earn? Will it be worth the risk of prosecution? For many, ideas about changing the world or doing a degree simply because you find the subject interesting are out the window.

we know something is wrong. Changing this starts with saying ‘No More’.

This market-creating reformation of higher education is a microcosm of the impact of Tory ideology on wider society. The erosion of the state is complemented by an erosion of people’s belief in public bodies as vehicles for positive change. The individual consumer has become society’s primary agent. Collective political action aiming to really impact power structures and hierarchies is an endangered species, both on the campus and on the street.

Students are often in a catch-22 situation when it comes to politics. Engage too much, with protests or sit-ins or boycotts, and we’re seen as immature thugs or delinquents; engage too little and we’re caricatured as lazy, self-centred or apathetic. All too often we’re cast as the villains, whether we’re trying to force change from a system too rigid, distant and at times overtly corrupt to listen to ordinary people, or choosing not to vote and thereby avoid legitimising a system that has time and again taken us for granted. Never mind that either response is a logical and rational response to the actions of successive governments – instead, as is so often the case in our society today, the focus is on the apparently outrageous actions of the individual.

Students and young people across this country need to throw off this attitude. When we see so many of our friends feel terribly, terribly frustrated with the way the world is but don’t have a hope of changing it, when we feel the same desperate sadness in ourselves but don’t have the energy to do something, we know, deep down, this isn’t how things should be. When we leave university with more and more debt, jump through more and more hoops for unfulfilling jobs and security in home ownership and work looks ever-less certain, we know something is wrong. Changing this starts with saying ‘No More’. We must say No to all that implore us to disengage or to blame ourselves and our fellows, to all the forces that tell us not to bother or that we’re wrong, to all the sugar-coaters who insist that everything is really alright. 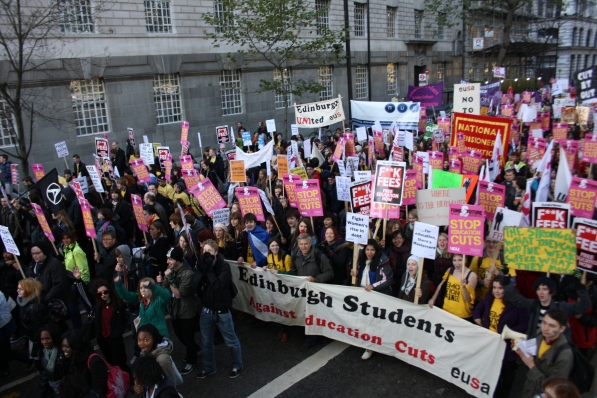 The best way to do this is by voting against the Tories on June 8th. Like never before, students need to turn up at the ballot box on election day and speak with a united voice. I would suggest that you vote Labour – Corbyn supports scrapping fees and Labour has pledged to work towards free education, they’re promising a £10 an hour minimum wage for everyone above the age of 18, will uphold basic rights to unionise when we enter the workplace, and will invest to create more jobs and properly fund education and health services more broadly. Many damaging HE reforms started under Blair, but Labour at last looks like it’s changed direction.

But if there’s another party you prefer, I’m really not going to quibble (in this piece at least), as long as it’s a party that won’t continue the devastating agenda of the Tories when it comes to higher education. This election, nothing less than the future of higher education and the future of an entire generation hangs in the balance. Let a vote against rule by the few, for the few, be the start of a reawakening of radical, grassroots student activism, where we challenge injustice in higher education and start to claw back its values, along with our futures. It’s time students said no more, very clearly, starting with June 8th.