Yeah, it’s another one of these. Might as well. These days the local news is moving so fast, and so depressingly, that I’d rather talk about Eastern Europe’s most recent frozen conflict and a three-decade-old nuclear disaster zone.

The first part of this article can be found published here.

(For those interested in the disaster itself, see here for an excellent documentary.)

Disaster tourism is big in Ukraine. Most hostels offer not only shooting range and ‘military’ tours, but also tours of abandoned Soviet-era missile silos. All of them, along with a number of other companies, offer tours of one of the most unique environments on Earth: the 30-kilometre Zone of Exclusion around the Chernobyl Nuclear Power Plant.

Tours of the Zone are a relatively recent innovation. Prior to the fall of the Soviet Union, the entire area was sealed off pretty much completely. After 1989, looters flooded in, carving up abandoned vehicles and selling the parts for scrap in Middle Eastern and European markets. A few tourists were allowed in, usually after paying hefty bribes, but by and large the area was still officially sealed. If nothing else, the other three reactors were still running, and a spent fuel processing plant still operates on the Chernobyl site, meaning that there’s an ongoing security concern there.

The wolves, meanwhile, spread out across the wilderness, sheltering in abandoned buildings. Supposedly bison have been re-released there, and deer and other species are thriving.

In March 2004, work began on the New Safe Confinement, an international effort to build a new and much more secure sarcophagus over the existing one assembled in the aftermath of the disaster. When the 2008 financial crisis hit, the various international backers of the project became concerned about their investment, and leant on the Ukrainian government to open up the Zone to public scrutiny. Enterprising tour companies moved in to take advantage of the subsequent relaxing of regulations, and continue to this day.

The locals, almost all workers on the power plant living in the town of Chernobyl (inside the 30km Zone), seem bemused, but largely ignore the tour buses and cars. Some of the elderly self-settlers, who remained in the Zone after the evacuation, seem to welcome the tourists. Our tour visited one – Maria, a cheerful old lady, who lives alone in a small village South of Chernobyl city. We were her only visitors in two weeks. She seemed happy to talk to the group of confused tourists filling her living room, and had plenty to say. 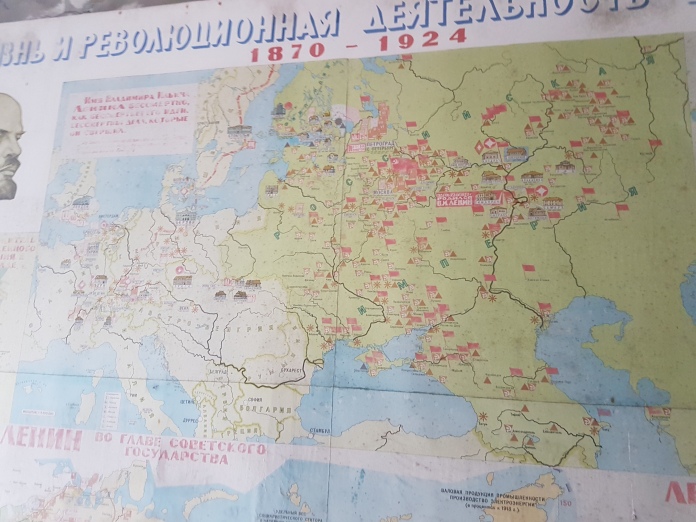 I’m pleased to report that the NSC certainly exists, and seems to be doing its job – background radiation levels downwind of the reactor are now close to Zone standard (around 0.16 msv/hr), whereas before they were pushing a slightly worrying 5.0msv per hour.

The area around the reactor itself is surreal, a mixture of bustling industry and dead quiet. A brand new spent fuel processing plant sits down the road, surrounded by shiny coils of razor wire. Next-door is a Soviet-era workshop and yard, which sits in an area hot enough to set off the high-radiation alarms on our geiger counters as we drove through it – and is still occupied. The vast structures of the Sarcophagus, the other five reactors and their associated buildings are stark against the surrounding trees, science fiction megastructures against the quiet.

Police checkpoints guard the entrances to the outer and inner zones, and the plant itself – the only armed police we’ve seen. They’re paranoid about photography. Even in the Zone, bridges are barricaded (and allegedly mined). The border with Belarus runs through the Zone, and the border with Russia is not far away. We were advised not to wear camouflage clothing (although many of the locals do).

The vast structures of the Sarcophagus, the other five reactors and their associated buildings are stark against the surrounding trees, science fiction megastructures against the quiet.

Even now, the Zone is still being looted. Pripyat maintains its eerily untouched feeling (although some of the schools show signs of photograph-posing; unless the evacuating residents stopped to put gas masks on their dolls and move them into creepy circles). Other areas, however, do not. At the boat graveyard, where the contaminated hulks of the region’s merchant fleet were beached in the marshes of the Pripyat river, only five ships remain, and at least one will likely vanish this summer. Out in the wilds, near a number of abandoned armoured bulldozers and an innocuous pile of unburied 1986 dirt (120msv/hr and counting, extremely unhealthy), we found a train that seemed to have been hurled off its tracks by some tremendous force. In fact, it was the scavengers, cutting the engines apart for components and rare metals.

Our guide blamed Turkish companies, and local organised crime. Material looted from the zone turns up across Europe, the Middle East and Russia, potentially bringing contaminants with it in the form of hazardous particles of radioactive caesium, strontium and plutonium (still present, as fragments of the exploding reactor were spread far and wide by the accident). The police are bribed to ignore it. Only the oldest and most radioactive wrecks are free from scavenging. Even the precarious Duga-3 radar antenna, a colossal structure of rusting metal beams and swaying catwalks, is seeing scavenging. One end has had its stainless-steel antenna buds cut away one by one, left lying around its base on the radioactive sand. They’ll also likely be gone by the end of the summer. 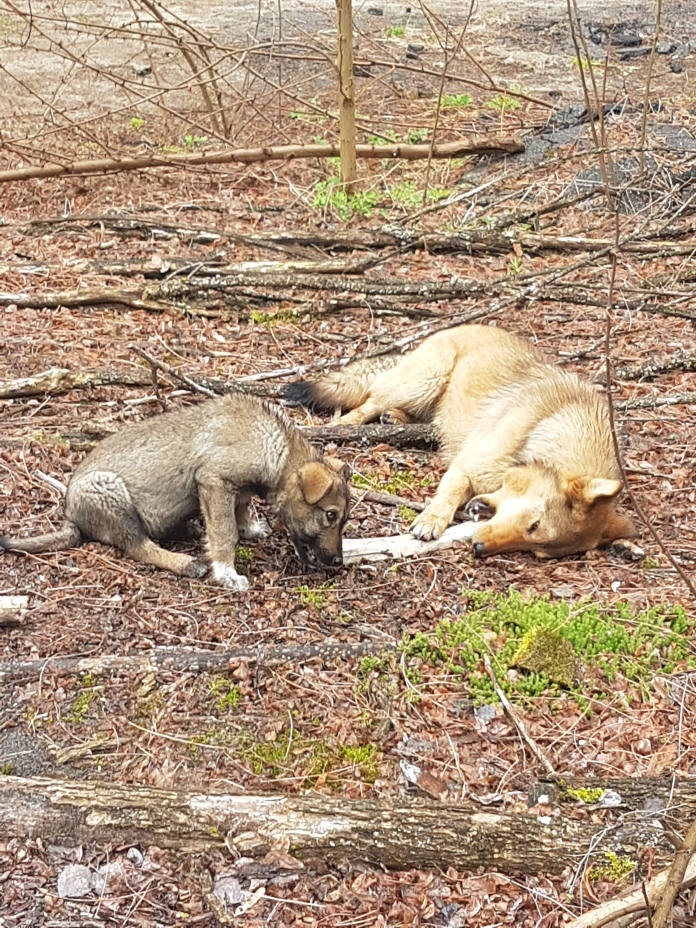 The famous Red Forest is gone, cut down and buried in 1987, and the zone is as green as it’s ever been. A dense forest covers the Pripyat football pitch, and flats loom between the trees. You’ll have heard that the Zone is being reclaimed by nature, but you don’t really appreciate it until you see the thickness of the foliage and realise how quiet the place is. Semi-stray dogs and wolves are endemic to the area now. The former work the tourist groups for all they’re worth. We met one who had learned to sit and look cute for photographs, while others playfully nipped and jumped at us and followed us around (incidentally, it’s best not to pet them too much – many carry radioactive particles in their fur. We also met a nuclear cat.).  The wolves, meanwhile, spread out across the wilderness, sheltering in abandoned buildings. Supposedly bison have been re-released there, and deer and other species are thriving.

Should you visit? It’s an interesting question. Disaster tourism and dark tourism are problematic in many ways, whether it’s the ghoulish and voyeuristic nature of visiting places solely because others have died in them or the problems of inappropriate conduct – selfies at Auschwitz or the posed dolls at Pripyat spring to mind.

In a sense, the tour guides and the monuments let the place speak for itself.

That said, however, many of the problematic aspects of this trade seem to apply less to the Zone than they do to places like Mostar or bus tours to New Orleans. Thirty years after the disaster, the area seems to want to be seen. Memorials, many suspiciously new and well-kept, are everywhere in Chernobyl and the regions around the plant. Tourist money has actually led to the building of new hotels in Chernobyl city, and Zone tours are big business. The tours and general attitude of the area don’t lean as heavily towards anti-nuclear sentiment as you’d expect (the sole example we saw was a stage ‘Nuclear power? No thanks!’ badge posed next to a warning sign in the Pripyat Hospital). In a sense, the tour guides and the monuments let the place speak for itself.

I’d say: yes, visit the Zone. Somewhere so strange, so steeped in anecdote and legend and so powerfully demonstrative of the consequences of industrial pollution and nuclear energy (and, of course, their absence) should not be forgotten, or left to quietly moulder by itself.