Normally I skip the op-ed pages of the power-worshiping New York Times, but a recent piece by R.R. Reno caught my eye. Reno, a political and religious conservative, edits First Time, a neoconservative journal.

In his article, Republicans Are Now the ‘America First’ Party, Reno contends that Donald Trump understood that unfair free trade deals, immigration, and the “broad and deep impact of globalization on America’s economy and culture” deeply vexed many voters. These were the ominous developments that stoked Trump’s populist rhetoric. An angry backlash against the New York/Washington establishment carried the day in key electoral states like Pennsylvania, Ohio, Michigan and Wisconsin.

According to Reno, Trump’s juxtaposing of globalism and Americanism, or what Reno describes as “patriotic solidarity,” won the election for Trump. That is, enough voters strongly resented the elite, neoliberal globalists (think Clinton and Obama), believing they cared not one whit about them.

Prior to the election, the Deep State, or unelected real power, favored Hillary Clinton’s tried and tested corporate reliability. Had the Constitution allowed a third term, Barack Obama’s fervent goosing of golden goose globalism would have garnered their support. On the latter: In March, 2009, President Obama brought some dozen leading financiers to the White House. A Rogues Gallery of people responsible for the meltdown in 2008, all of them entered the meeting with genuine trepidation. After the meeting one relieved participant told acclaimed political author Ron Suskind, “He could have ordered us to do just about anything and we would have rolled over. But he didn’t – he mostly wanted to help out, to quell the mob.”

Did he possess any convictions on these promises, or did he simply say whatever was necessary to hoodwink voters in key electoral states?

In any event, Trump’s election caught the shadow government by total surprise. He was seen as a loose cannon whose behavior might jeopardise America’s pre-eminent role as enforcer and primary beneficiary of the capitalist world system. For example, the transnational capitalist class needs ever cheaper sources of labour abroad to increase profits. With his talk about canceling trade pacts and forcing U.S. corporations to stay at home, Trump seemed dangerous, even deranged. 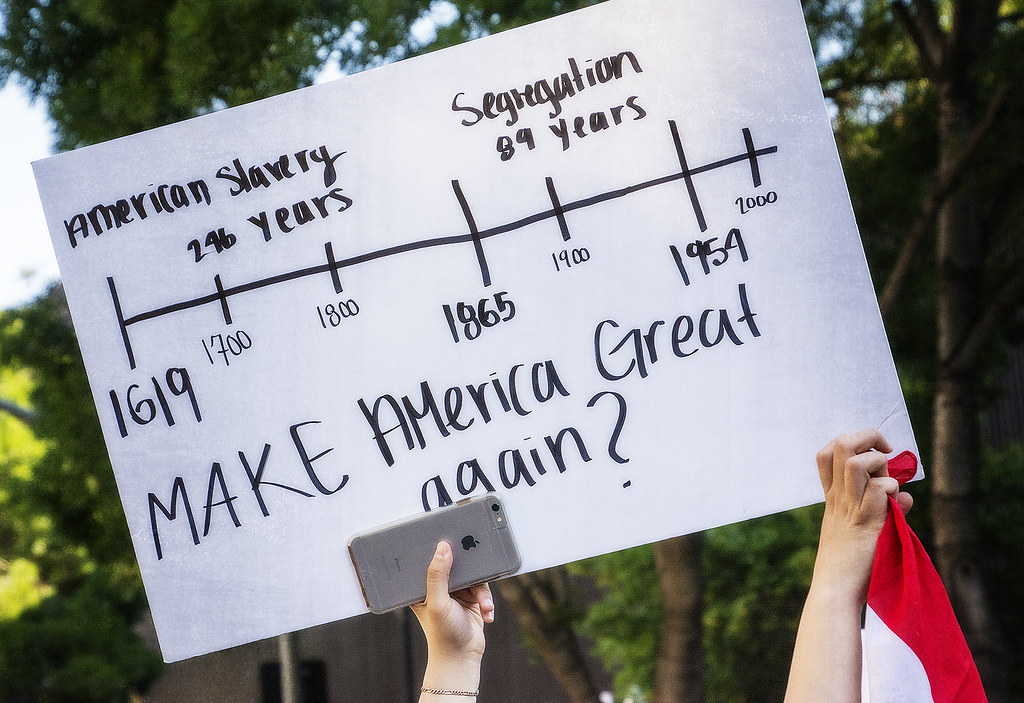 But soon after the election, President Trump quickly backtracked on his promises of economic nationalism and adopting an anti-globalist agenda. Did he possess any convictions on these promises, or did he simply say whatever was necessary to hoodwink voters in key electoral states?  We do know, as sociologists Salvador Ranger and Jeb Sprague-Silgado astutely conclude, Trump’s “Make America Great Again” slogan tapped into the “sentiment of aggrieved entitlement” felt by a critical voting bloc.

Whatever his inclinations, my sense is that Trump has been, in Diana Johnstone’s indelicate phrase, “neutered” by the Deep State globalists. To avoid a failed presidency (in his view), he’ll get on board. Today only the true believers like Reno or the truly disingenuous defend Trump. We’ll witness more conning of his base with episodic populist pandering such as the recent event in Harrisburg, PA. A few ideologues like Stephen Bannon may be kept on to give the appearance of fidelity to Trump’s earlier pledges and his faux populism.

Perhaps a crash course on capitalism would also be a good idea.

The critical takeaway is that growing income inequality, concentration of wealth, military interventions, environmental degradation and the heightened danger of nuclear war will continue unabated. Neoliberalism will rule regardless of the party nominally in power. No substantive policies viewed as contrary to the plutocracy will materialize.

This analysis might foster a certain paralyzing cynicism, but that’s neither my purpose nor an appropriate conclusion. There is hope, if – and it’s big “if” – enough people of good will and heart engage in some emotionally painful reassessment of deeply held political localities to the two-party system, and, especially, the Democratic Party. Perhaps a crash course on capitalism would also be a good idea.

Finally, I take no pleasure in suggesting that this probing introspection commence with putting Barack Obama and his ilk in the rearview mirror. Given the immense propaganda efforts directed at bamboozling us, that’s a challenge. None of us like admitting we’ve allowed ourselves to be conned. But until we engage in that necessary soul-searching, there’s virtually no chance for serious change in our country. I want to believe we’re up to the task.