Virginia Woolf stated in her 1929 seminal essay A Room of One’s Own that, because women remain unequal to men in society, they are less likely to succeed as writers. A writer has two basic requirements in order to write productively: an independent income which provides basic necessities—food and shelter— and uninterrupted writing time. In 1929, the majority of British women were either working to provide the basic necessities for others, and did not have a private space in which to pursue a creative life or an independent income. This, says Wolf, is why the literary canon is dominated by men. “Intellectual freedom,” she writes, “depends upon material things.”

Almost a century later, some women are still having to argue their right to a creative life.

Joanne Harris (author of Chocolat) recently started the hashtag #ThingsOnlyWomenWritersHear, which  spread across the Twitter-sphere igniting the inner rage of writers who have also been subjected to patronising and undermining commentary and experiences about their writing. Some tweets chime with the arguments Woolf laid out all that time ago—that creative women are criticised for neglecting family, or told they are selfish for wanting to write. Or are questioned over who does the housework when they are writing.

Many tweets focus on the distinctions around genre and gender: ‘Women just write about emotions. Men write about ideas’. Another tweet quotes a suggestion from a publisher that the writer use initials instead of her first name. It seems that the publishing world is still rife with misogyny. The sister tag #WhatWoCWritersHear (started by L. L. McKinney) extended the argument to include women of colour who are sidelined in the literary world, ‘No one is going to believe in a love story about a black woman moving to Europe and finding love.’ (really?!) Harris recalls an incident at the premier of the movie Chocolat, which was based on her novel. ‘Famous (male) author pushes past me without a glance to congratulate my (male) publisher’.  And the list goes on.

But this is where I stop and have to check in with myself. Something doesn’t feel right here. Yes, it’s galling to read this stuff and yes, I’m maddened by the narrow (and baffling) world views shared by some and I carry around with me, like a verruca that won’t go away, a residual disappointment about the unfair treatment of my gender. 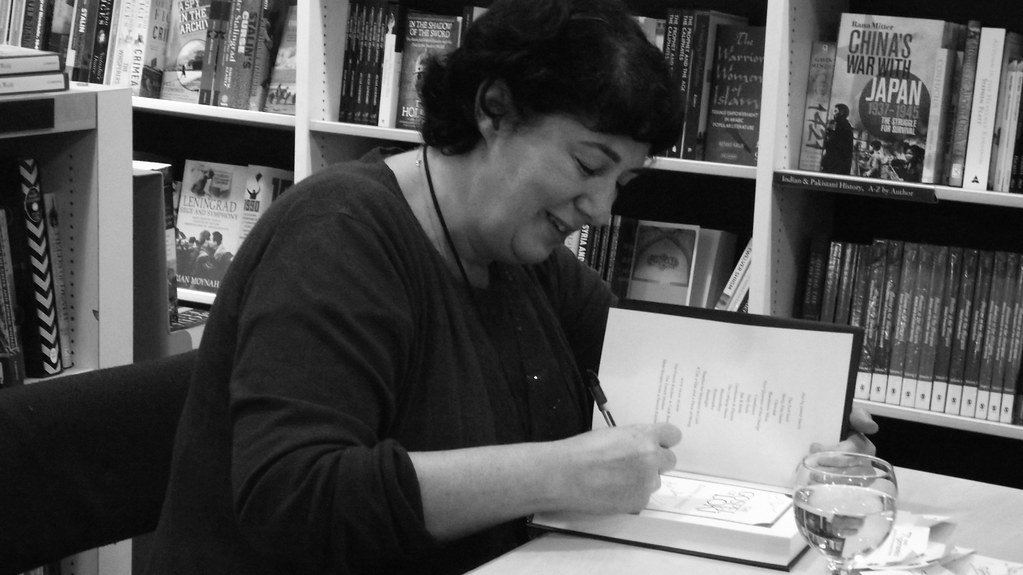 But I’m maddened by Twitter in equal measure—its narrow margins and closed spaces for dialogue. It’s easy to throw a ball, harder to catch it. The Internet is deceptive in its claim in broadening horizons and global connectivity. Echo chambers abound. What I read through Harris’s hashtag is a ricocheting of reactionary anger, a rented space in which to vent, with no windows, no ventilation. I feel like I can’t breathe.

Then again, Twitter is a room of one’s own in which to vent, rant, vociferate. Communities gather in the metaroom and share the space to empathise, listen to, pontificate with. But it is not interrupted, and neither is it a truly safe space: uninvited guests — the trolls — lurk at the door. Whether we keep the door closed is up to the evolution of the Internet. The question is, to what extent should we share the meta room of one’s own?

The question is, to what extent should we share the meta room of one’s own?

Paolo Friere’s 1968 publication, Pedagogy of the Oppressed, like Woolf’s essay, outlines the rules and tools for liberation of the disenfranchised. He states—in brief—that the only path to true liberation is the re-education of the oppressors—by the oppressed. Harris’ exampling of Twitter’s propensity to ‘out’ prejudicial world views be it on gender, race, religion, sexual orientation, is a baby step in the right direction (and my verruca still hurts even when I take this baby step). But even as a precursor to this move towards the re-education of the misogynists [insert alternative prejudiced attitude here] out there, Friere writes that first we/society must acknowledge that both oppressor and oppressed exist in “dialectical relationship” with one another; they are each other’s antithesis. Oppressors cannot exist without the oppressed; life cannot exist without the knowledge of death; the coolness of The Rolling Stones without the naffness of The Wombles.

Ok, so how can the Internet go about this noble task? Perhaps this is the role of limited articulation through social media—in educating the oppressed in their understanding of their subordinated position. A space to vent and rant and stoke the fire of fury. It is a “painful birth,” towards the journey of liberation, writes Friere. Perhaps this is where my pain really comes from: my own dawning realisation that as a woman writer, there are still many miles to tread before we achieve equal access to creative lives as the men do. Twitter should by no means be final destination—we’d be running round in ever increasingly smaller circles if it was. My final question then is, is the Internet doing what it needs to do in re-educating the oppressors? Is there enough space for dialogue and re-education, or are the virtual airwaves clogged up with rebounding frustration, going nowhere in the end? Laura Bates’ Everyday Sexism Project, which invited women (and men) to send in their ‘everyday’ examples and observations of sexist mistreatment was a bold move in extending the virtual space for ‘re-education’. The stories are sad, shocking, infuriating, and all too familiar. Many men spoke out about their  realisation over how crap it is for most women on a day to day basis. Some education was had; some men recruited into the cause. My final request would be: make more space, extend the word limit by inviting in those voices that are galling and infuriating. Catch the ball.

In the meantime, the tweets are at least quite entertaining. Woolf would have said something similar, I think. “The history of men’s opposition to women’s emancipation is more interesting perhaps than the story of that emancipation itself.”