When I first saw Tony Walsh, aka longfella, it was as a feature act at the Genesis Poetry Slam in Whitechapel. I remember being struck by a line about how growing breasts being something that labels some people ‘women’. This was a revelation to me, and yet something that I could identify with as a cis-gender woman reflecting on adolescence; it felt profound that a man could understand this experience in a way that made me feel understood in a way I hadn’t yet articulated myself.

When I later read what I assumed to be these same lines in Sex & Love & Rock&Roll, they didn’t strike me in quite the same way, as they offered something different. In ‘Start All the Clocks’, Walsh repeats ‘tell me how it feels’, as he asks of the readers

‘…tell me how it feels when you start to grow breasts
When Mother Nature writes ‘woman’ across a girl’s chest.’

It is in these lines that mean that Walsh is not solely a poet to hear on stage, but also one to read on the page, where you have the time to reflect and think. Lines like this open a dialogue between the text and the reader, whereby I think about how it felt to grow up. I remember, not yet a teenager, I wore a tight top to a birthday party after primary school ended and boys told each other that I had ‘boobs’ and I felt self-conscious.

Funnily enough, they weren’t as impressed with my hairy legs and armpits that had also signalled puberty in Year 6. Boobs were also something we, as girls, wanted, and throughout our teenage years we simultaneously wanted them bigger and not there at all, hidden away. Even in a single-sex girls’ secondary school this was impossible, as some seemed obsessed with pinging your bra strap open or asking what cup-size you were. What’s also more disturbing is that it was throughout these years, more than when I had reached adulthood, that I received the most street harassment from grown men.

Walsh writes a lot about women. At times it can feel too much, and the feelings it provokes can be too melancholy. However, there is a feeling of genuine warmth and love towards women that allows me to be forgiving when Walsh doesn’t just seem to ask how it feels, but also tells us how it feels. In his foreword ‘A Manifesto’, there is an undeniable passion, and when reading it, I felt that this was a collection for me and other ‘Quiet girls turned Riot Grrrls… Punk as fuck, even when disguised as *librarians. (*Especially when disguised as librarians).’

Despite earlier poems in the collection telling stories in the third person for men, the first voice that is clearly not his own, but that of a woman, is told in the first person. I enjoy the changes from first to third person, and the multitude of reasons behind these choices. This particular poem is titled ‘A Girl, Like, Y’know’ and the use of first person is necessary due to the conversational tone, emphasized by the repetition of ‘and that’, ‘like’, and ‘y’know’ at the end lines in each stanza. The casual vocabulary then leads to an unexpected turn of domestic violence. These are stories of the everyday, and the style used here helps to show just how infuriatingly common stories like these are. 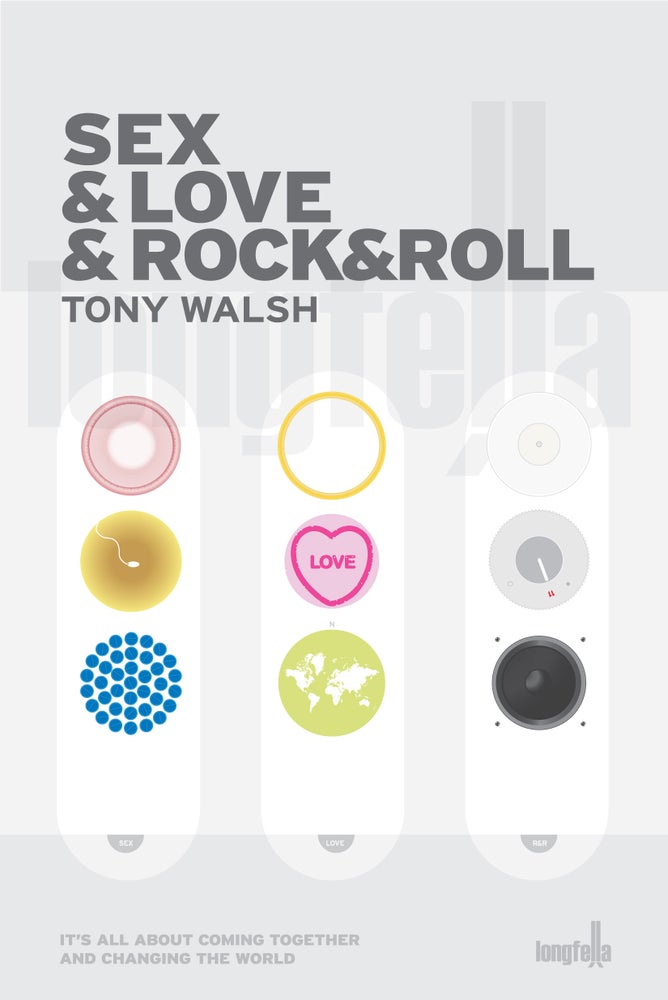 In ‘Tiny Dreams’, we are told the story of another woman, this time in third person, perhaps to broaden the experience not to only seek value in relation to others (‘lover’/’mother’), but ‘as a citizen of Earth’. These stories of women must also be looked at from an intersectional perspective; they are working-class, Northern women – women like my mum, my nan, my great aunts.

What is also refreshing is that there is a variety of different tones within the book, provoking emotional reactions, including poems such as ‘Intimacy’ and its sexual, romantic descriptions, which build up to an irresistible childish fart-joke. Women, in this collection, are also ways to tell stories beyond their own. In ‘Stuck at the Lights’, a comparison is drawn between the ‘flowers on a railing’ that mark road-side tragedies, and the deaths for which there is often little warning, alluding to cancer. While it is clear Walsh sees women as people regardless of their relation to men, there is also a focus on motherhood, which is an important part of being a woman to some women. This is explored in some of the shorter pieces scattered throughout the collection, including those about his own mother’s death:

We then know what is to come in the following poem ‘Scrolling’, when the letter ‘M’ is mentioned. The poem references the familiar time machine of technology, which people often reach for in order to reconnect during times of loss, knowing that the person won’t pick up the phone, that the message will not be sent, but still ‘today is not the day / that I’ll delete Mum / from my phone’.

When taking on the voice of those who historically have held power, whether a different gender, race, culture, sexuality, you take a risk. It is my view not that it shouldn’t be done at all, but that it should be approached with caution, and with sensitivity and consideration for whose shoes you are stepping into. I think Walsh does this. Last year, Lionel Shriver tried to make the point that writers should be able to write about identities other than their own, including those of different genders, races, etc. However, she did this by demonstrating her own ignorance of cultural appropriation and equating this with writing through an identity different from her own.

sensitivity and consideration for whose shoes you are stepping into. I think Walsh does this.

The issue that Shriver is missing when she asserts authors’ right to write about whoever they want, is that a work of fiction is not removed from the world we live in, but a part of it, and whilst I appreciate and relate to the difficulty in navigating our desires to have diversity represented in our own stories, we also have to consider whose work is getting published, funded and read.

In Walsh’s work, I believe he has trod this tightrope with care and made it over the other side. Yet, as one book in amongst many others, we must also consider women’s place in publishing, whether authors or owners, and we must call for equality standards so that women’s voices are heard through their own mouths as well.