All eyes in the UK are currently on the snap General Election called by Theresa May earlier this week. Across the English channel though, another election, possibly with more seismic impacts for the future of Europe and the wider world took place today. French voters went to the polls in what has been an ever-changing and eye-wateringly close first round of their Presidential election. With 80% ballots counted at the time of publication, we now know that Emmanuel Macron and Marine Le Pen will be going forward for a second round run-off vote on May 7th.

The scale of this as an upset cannot be understated. Since the founding of the Fifth Republic, there has not been a Presidential election in which neither of the two major parties have been on the ballot paper in a second round vote. For decades, the mostly dominant two party system has held strong. 2017 is the year in which that has been blown apart.

The scale of this as an upset cannot be understated.

As is the case across so much of the Western world, mainstream, establishment parties of social democracy and of conservatism have drifted towards what is perceived to be the political ‘centre’, in the belief that elections are won by winning over a small group of voters who may see-saw between two options. The theory goes that core electoral bases will never abandon their respective party affiliations. There is no need to appeal to, address the concerns of, or improve the lives of the people who have put you into office year after year.

This election shows that thesis to be dead in the water. At a time of continuing financial hardship, as neoliberal, globalised capitalism has failed to provide improvements in living standards, greater happiness, or higher levels of security, people won’t stand for more of the status quo. When another viable option is on the ballot paper, people will take that option. Triangulation, third way-ism, ‘reclaiming the centre’, is now the politics of the past. In its wake is a war of ideology, of culture and of identity. 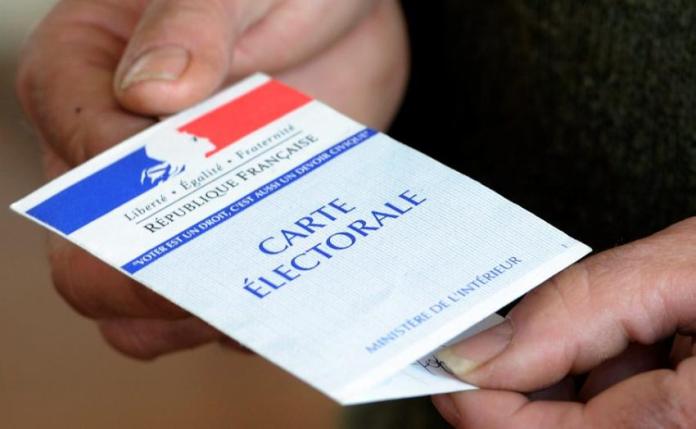 In May, France will play out a battle in that war, whose skirmishes have already included elections in the USA, Austria, and the Netherlands, as well as in the EU referendum last year in the UK. In just two weeks, the French people will have a clear and binary choice between two distinct and opposing ideologies, between two distinct futures for France and between two definitions of French identity.

Should France move towards division, hatred and racism? Should the country position itself as a country which defines citizenship along racial lines? Should a western European nation be ruled by a naked Fascist government? Should French people see sexual liberty, ethnic diversity and contemporary society as moral decline? Should the state’s borders be closed, enforced through violence?

In just two weeks, the French people will have a clear and binary choice between two distinct and opposing ideologies

Or else, should they stand firm on the principles of multiculturalism? Should they reject a coercive, authoritarian state? Should they affirm that migration is an inevitable, and positive part of human societies? Should social liberalism be held to be a force for good, for ensuring the ability for individuals to identify and live their lives in the way in which they chose?

That is what the second round of this election will be about. Media outlets, commentators, and political wonks will do their best to discuss the relative merits of each candidates’ economic policies or positions on international affairs. But the most important question the election will answer is whether or not France will legitimise, institutionalise, and formalise societal racism, anti-migrant sentiment and islamophobia in the form of Le Pen and her ragged band of anti-semites and white supremacists.

Recent history has shown that the kind of far-right, so called ‘populist’ politics will not be defeated by seeking to appease it. By conceding ground. By attempting to outflank fascists on their own ground. By continuing to espouse the politics of the past.

The challenge now for Emmanuel Macron is to stand firm in opposition to the kind of society Marine Le Pen would like to create. Throughout the campaign, Macron has made clear that freedom of movement is a fundamentally good thing, and that refugees should be resettled in France. Now is the time to go further – to retract previous sentiments he has expressed with regards to accelerating deportation processes, or increasing support for border control. Now is the time to take on the argument of migration head on.

Unfortunately, the risk that a Macron-Le Pen run-off brings is that his brand of liberalism fails to address any of the dominant economic concerns of French people. The far-right’s raison d’être is to co-opt and racialise financial insecurity. The response of the establishment too often is to maintain and continue their economic programme. If Macron continues to push the political project of free markets and unbridled capitalism, he will be gambling with France’s future. By failing to offer an effective alternative, which describes the kind of world the French people could have under a new economic system, where people are placed before profit, Macron risks either pushing voters towards Le Pen, or else inspiring them into abstention, letting the Front National sneak in through the back door.

The fight against fascism continues. Its next round will be in the ballot box on May 7th.

Time will tell if April 23rd 2017 will go down in history as one of the darker days in France’s history, or whether it will prove to be of limited long term significance. In 2002 Jean-Marie Le Pen made it through to the second round, but was resolutely defeated by Jacques Chirac, as the French people rallied to stop the election of a fascist. While all the polls indicate this is almost certain to happen again, the rapidity of movement in contemporary politics means nobody can rest on any laurels. The fight against fascism continues. Its next round will be in the ballot box on May 7th. All hope is that this one is a knock out.