On the face of it, rural train stations don’t feel as though they should be particularly thought provoking places, and they’re probably the last place you’d look to find an inspiring piece of community art. ‘Community art’ in this sense may be bending the meaning of the term a little too far for some – what I saw outside Wymondham train station the other evening were simply thinly scrawled words spray painted onto an old grey wall.

The words were ‘graffiti is a crime’.

An amusing phrase to go alongside the obvious activity – but as I walked past debating whether or not I could be bothered to take a picture or bring it up in pub conversation later, it got me thinking more and more about how graffiti is viewed in society. I don’t condone defacing clearly private property; I believe graffiti is an art form that needs to be given space.

graffiti is an art form that needs to be given space

Criminal or not, there is no doubt in my mind that graffiti is art. As a history student, I am used to looking at graffiti and the individualism it represents. Generally, the further back into history you go, the more dominant the elite in society become and this shows in historical records; we hear very little officially from women, immigrants or the poorer in society – and graffiti is a way around this. Anybody can scrawl a note on a church wall or on a stone floor. The Norfolk Medieval Graffiti Survey put it better than I ever could: “Graffiti can be, and was, created by all levels of society and it offers a unique and un-studied insight into the people of the medieval parish.” My favourite example of this exists in Norwich Cathedral, where ordinary civil war soldiers carved initials and dates into the walls while stationed there. Not only is this useful for building a historical narrative, it also gives a voice to those otherwise anonymous soldiers in times of great political uncertainty, who clearly felt and acted just as we do today. 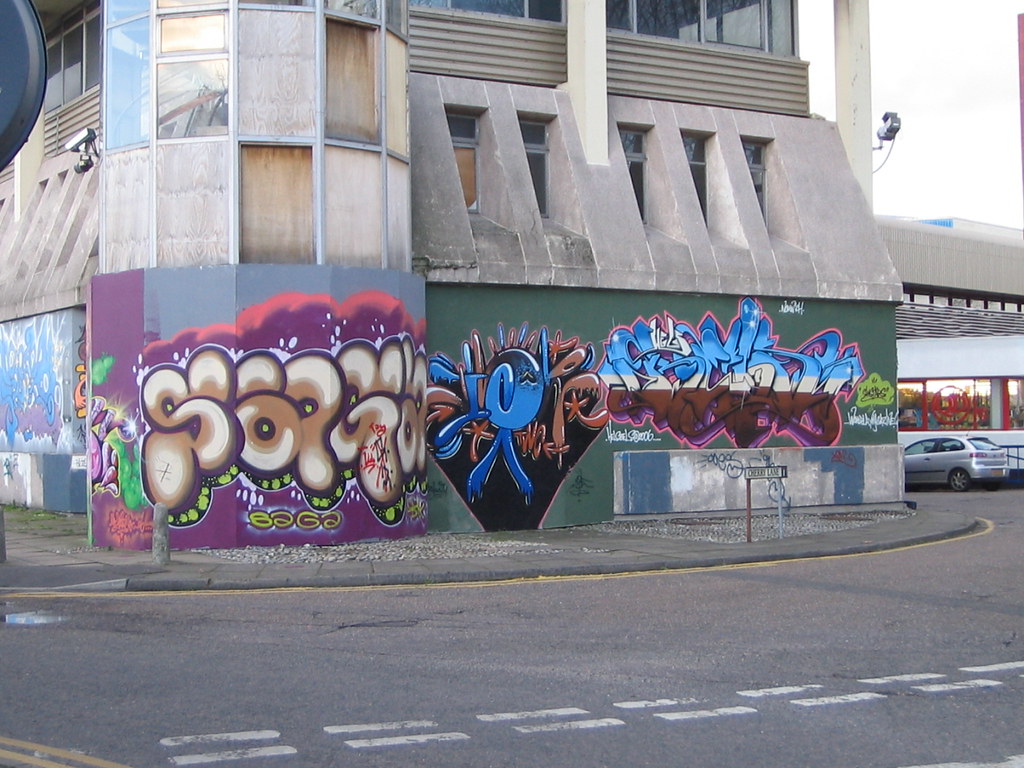 Giving a voice to a silent majority in history is what I like about graffiti. It’s now possible for many people across the world to have access to social media sites in order to announce thoughts and feelings – yet graffiti remains popular. Graffiti allows for complete and total anonymity while creating a visual representation of a voice. There’s something to be said about human nature – the need to express ourselves as individuals, anonymously or not. Perhaps anonymity is the attraction today; maybe people are tired of a society making people personally accountable for everything.

I believe there should be a greater designated space for graffiti in Norwich. We claim to be a city with a special love for art and individualism, and freeing up more space for this would be fantastic. A quick Google search reveals only three designated areas in the city – to have more would greatly increase opportunities for the street art community here.

I can’t say I’ve ever graffitied publicly, however, – unless you can wooden tables in high school – and maybe I’ve not understood the mindset of graffiti artists properly. In reality, the majority of artists might enjoy working in secluded places, or having a lack of recognition. Multiple designated spaces may not exist because there is not the demand for them. Perhaps the whole attraction is indeed that ‘graffiti is a crime’.