We’ve all seen the headlines – tripled tuition fees, retroactive changes to the student loan book, the nefarious uses of the National Student Survey. Often treated as isolated issues, these policies are in reality the foot soldiers in a war being waged to undermine the very foundations of our universities, twisting them from hallowed halls of challenge and transformation into bland centres for corporate training and indoctrination. This spectre haunts academics, senior managers and even Students’ Unions alike, forcing them all to dance to the mantra of the market, to the profit agenda. This spectre’s name is capitalism.

There has never been a golden age of academia. It has at various times been a vehicle for the transfer of privilege and elitist values, and at other times been moulded to the needs of the economy. However, it has usually been allowed at least that degree of independence and freedom crucial for the pursuit of knowledge. Neoliberalism, the latest attempt of capitalism to save itself from its own inherent flaws, has thrown this out of the window over the past few decades, particularly in the last 6 years. We have seen increasing state intervention, with one purpose: opening up higher education to the ravages of the market, turning universities into competing businesses and students into private consumers.

The costs of obtaining a degree keep on rising as budgets are squandered on nice, but largely irrelevant things: fancy accommodation, bloated marketing budgets and vanity-induced building projects. The agenda of ‘employability’ has become ubiquitous to a suffocating degree, making students jump through ever more hoops to learn patronising lessons to obtain jobs that aren’t there. The great irony is that, even as its systems for reproducing itself are collapsing, capitalism is infecting our higher education like never before, selling us a narrative that simply doesn’t match reality. 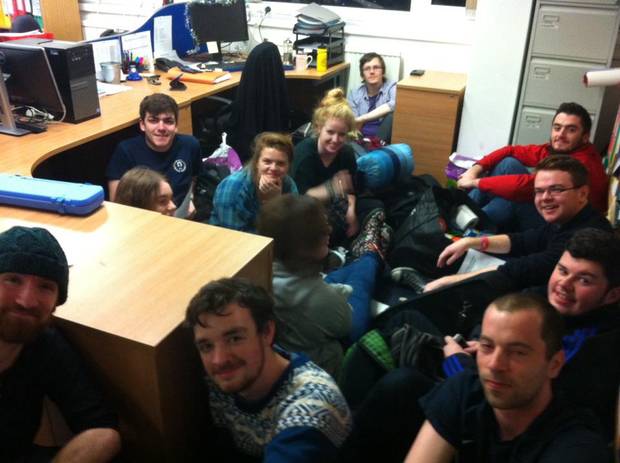 Such an approach is often hierarchical and focuses on profit, not knowledge. Queens’ University Belfast, where I did my masters, invest in everything from fossil fuels to tobacco to arms companies, even as they laud their own research on cancer prevention and conflict resolution. Or academic staff at Northampton, my undergrad university, being afraid to speak out or go ‘off message’ for fear of reprisals.

Worst of all is the increasing domestication of our Students’ Unions. We are far from the spirit of ’68, when radical student activism exploded across the globe. Now many (though certainly not all) unions are little more than a professional ‘service’, offering leisure activities, survey and focus group feedback for senior managers, and curly fries. Many officers fail to challenge their universities out of fear of damaging ‘good working relationships’. Most insidiously, many now shun the idea of being ‘political’. Not having a worldview that informs your direction, not taking a stance on issues that impact your students, is lauded as admirable, mature, professional. This is the crowning achievement of neoliberalism: its focus on the individual and its disdain for collective democratic decision making has eroded our belief in politics, in our unions. This is bolstered by the view of a degree being a private investment bought by a student ‘consumer’ and a university being a professionally run business. Universities increasingly utilise unions as a vehicle to shout about their ‘student experience’, selling more degrees, but this extra funding and attention can make it harder to disagree with senior managers when unions need to.

Not having a worldview that informs your direction, not taking a stance on issues that impact your students, is lauded as admirable, mature, professional

However, there is something else in the air over our campuses, a wind of change dangerous to the privileged few but empowering to the many. I first encountered it two years ago, stepping out onto the platform at Lincoln Central on a warm spring morning. I made my way through the streets to a small church hall on a residential street, plain and ordinary – not the place you’d expect a revolution to be occurring. Yet the self-described ‘community of scholars’ that were holding their AGM there practice a radical vision of higher education.

The Social Science Centre in Lincoln believe in free, democratic higher education where scholars (anyone teaching or learning) not only decide how the organisation is run, but together shape the curriculum and learn from each other, and courses are rooted in challenging the world and transforming lives. It’s a far cry from the neoliberal nightmare of ever-more costly courses focusing on passing exams and gaining ‘employability’, run by hierarchical institutions. I learnt an awful lot spending just one afternoon with them. 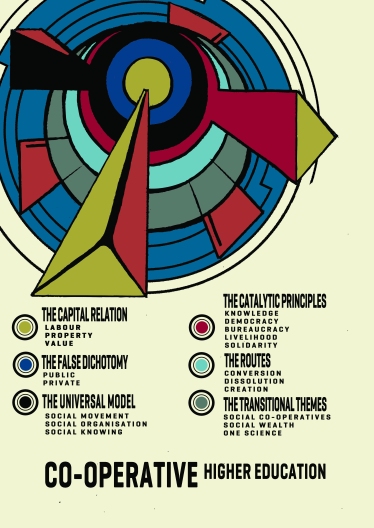 The next year I secured my masters place in Belfast and learnt as much in the union as I did in the classroom, if not more. A radical group of environmentalist students had founded the campaign group Fossil Free QUB, agitating for the university to divest its money from planet-wrecking fossil fuels. I took part in protests, leafleting sessions, sit-ins and a 5-day occupation of the administration building. During my time there I saw students claw back their power at the university and activism reignite on campus.

My experiences at the University of Lincoln since I came here as a PhD student have been very different. A Students’ Union banning a society from social media for tweeting criticism of their survey and (ironically) their free speech ranking, an officer (me) and a rep being asked to stop campaigning against the National Student Survey or to resign (our officers decided, without a vote by students, to support the survey) and officers repeatedly failing to challenge the university. The spectre of the neoliberal university haunts the halls, offices and officers of my Students Union.

The spectre of capitalism is being challenged at Lincoln through radical student activism, just as it is on many other campuses.

But even here that wind of change is starting to blow. Inspired by the radical actions of the union at Queens and the ethos of the Social Science Centre, I was part of a group that formed the Campaign for Lincoln Democracy, which fights for a more democratic union that stands up for its students. We organised in the recent SU elections, setting up a democracy pledge and getting candidates to sign up to it. Six did, including a campaign member who will soon be a VP in the union. We’ve helped draft important motions to our All Students’ Meeting and we’ve helped get students to our democratic meetings, despite the union continually failing to advertise them sufficiently. The union’s stance on the NSS has been reversed – it’s now boycotting. We’re working on a comprehensive plan to reintroduce proper democratic processes on campus. And we’re doing it all through grassroots activism, utilising our different skills as a community of equals. The spectre of capitalism is being challenged at Lincoln through radical student activism, just as it is on many other campuses.

These are the choices before us. We can allow, even aid, the further marketisation of higher education, seeing the profit motive infect everything, with homogenised universities, soaring costs, cowed staff and students and less and less knowledge and wisdom discovered each year. Or, we can fight. We can fight for a radical vision of free, democratic and transformative higher education, one based on a community of scholars pursuing knowledge and then using it to radically challenge oppression and social injustice. These are the spectres and dreams that haunt us – which will we exorcise and which will we embrace?

Correction: due to an editing error, article originally stated that the author studied at Lincoln for his Undergraduate degree as well as his PhD. In fact he studied his UG at Northampton.