The Norwich Radical was born in the student movement, and we continue to play an active role within it. We recognise that while official structures are not the sum total of the movement, they are undeniably important. After a momentous year for the National Union of Students, studying it is more important than ever for understanding the political consciousness of the student movement. As we move into election season for the new NUS President, Vice Presidents and National Executive Council, we contacted all candidates in those elections and offered them the space to write about their election campaigns, why they are standing and their vision for NUS.

Submissions are unedited, and are being published in the order we receive them. This candidate is standing for Vice President (Further Education).

My history with student politics:

Early Years: I was alwaysinvolved with my school’s Student Council as an admin during secondary school.

2008/9 – Started at Stirling Students’ Union whilst doing my degree and was a sports rep on the council. In March of that academic year was elected as the Publicity Officer. I also attended NUS Scotland Conference and National Conference.

2009/10 – I had to drop out a week before Christmas break because I could not pay my rent, my loan had not come through and I had no money. Essentially I was evicted from my flat with nowhere to go. It broke me, it took me a while to accept the flawed life choices I made.

2014/15 – Enrolled at Leeds City College as my second chance studying for an FdA in Law and Criminal Studies. I helped the SU set up its Trustee Board and became a student trustee. I went onto be elected as the Vice President (Park Lane) in a by-election, then as the SU President. Leeds City College Students Union won NUS FE Students’ Union of the year 2015.

Below is my history of achievement in FE since I became the SU President at Leeds City College:

And I haven’t finished yet!

It’s time for the majority of NUS to stop being the minority.

My thoughts on the current state of NUS:

From an FE point of view, the current state is improving but still not great. We need FE not to be a footnote in policies. Too many times I have heard topics spoken as if they didn’t affect FE Students, when they really do! FE has a wide range of learners, covered by the Liberation, Apprentices, HE, Part Time and Mature Students branches of NUS. FE needs support in all areas of engagement so ALL their members are represented. It’s time for the majority of NUS to stop being the minority.

My vision for what NUS should be:

A Union the supports its affiliated members, supporting SUs with issues on the ground and nationally. For FE that are part of the collective voice instead of being the minority voice, with the support and resources to attend events and campaign on things at local level. 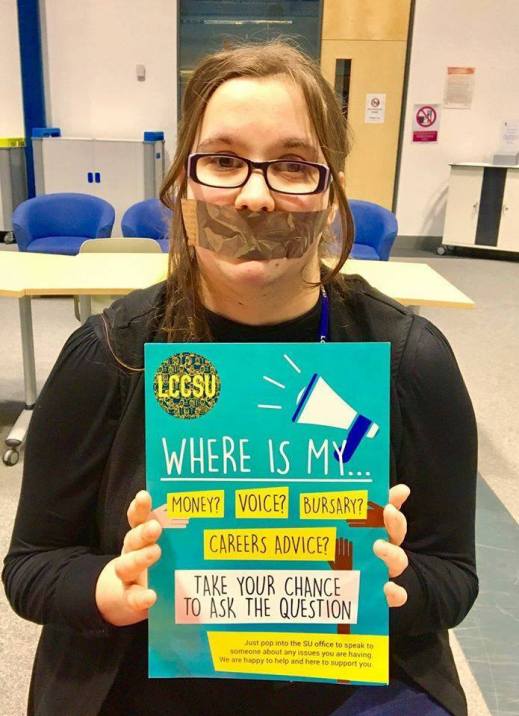 My policies and promises:

1 – Keeping the fight going for FE

2 – Resources and investment in FE SUs

3 – Learn from our partnership

4 – It’s not just the classrooms that need investment

The government has done the basic work with the post-16 Skills plan. Now is the opportunity to look at: