The Norwich Radical was born in the student movement, and we continue to play an active role within it. We recognise that while official structures are not the sum total of the movement, they are undeniably important. After a momentous year for the National Union of Students, studying it is more important than ever for understanding the political consciousness of the student movement. As we move into election season for the new NUS President, Vice Presidents and National Executive Council, we contacted all candidates in those elections and offered them the space to write about their election campaigns, why they are standing and their vision for NUS.

Submissions are unedited, and are being published in the order we receive them. This candidate is standing for NUS President.

The last 4 years have been a journey. I never would have thought seeing that poster in the hallway of Lewisham Southwark College advertising elections for student union officers would have lead me on this phenomenal journey and I definitely didn’t imagine I would be standing to be the NUS National President.

Coming into the student movement I didn’t value the power of education. Coming from a further education college and  a non-political background I hated politics, I found it boring and irrelevant and didn’t see how it impacted me and my family. It’s only through being able to access education and being part of my student union and the wider student movement have I been able to see how much politics influences our way of life and the society in which we live.

I grew up in a community where the cycle of deprivation was an everyday reality, where people were not given opportunity and where there was lack of hope and desperation for change. Change that politicians, a bunch of men in suits so out of touch with working class struggle, would not bring. Voting was never seen as an option or as a way of making change and having my say on the things we care about. I didn’t understand that the injustices I saw growing up were political, I didn’t understand this way of life was a part of the wider austerity agenda, I didn’t understand how my identity of being a black women from a working class family played such a major role in the lack of opportunity I faced.

As an FE student I entered the student movement with nothing but my story of overcoming adversity, and a drive and determination to give my children more than what I knew. I wanted to use my pain as passion to create change for a fairer society for everyone to be able to achieve.

I knew I had to put the barriers facing working class people and in particular those from marginalised and disadvantaged backgrounds at the heart of what NUS does.

It was through my student union and our national union that I became an activist and developed  the courage to step outside my comfort zone and be the voice for my students and my community, but it was the struggle of my upbringing and coming into the movement through further education that made me realise that the experiences of students across the movement are different. It was clear that there was something bigger to be a part of in fighting for students. However, there was much of it that wasn’t true to my reality, and I had to make it my mission to bring these conversations to the forefront of NUS through presenting the real life raw experiences of so many and the challenges, obstacles and barriers they face to access education, training and employment.

I remember attending my first NUS event in October 2013 where the topic was about students and work and the number of students leaving university without jobs. My reality was people not even getting the opportunity to access education or employment because of the many barriers including finances, childcare and previous convictions.

Through getting actively involved in student activism and NUS and being elected to a number of roles on NUS committees, I have worked across the movement with a variety of different students and student groups, from the grassroots to the classroom and communities, from occupation to demonstrations to protest, to roundtables to giving evidence and over time I have been able to develop my knowledge of the education sector and how students organise across the movement. 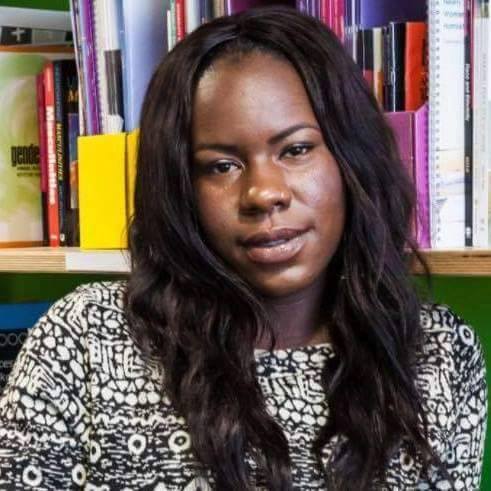 Over the last couple years as Vice President Further Education and being part of the leadership team of the national union I have seen the power of our union when we stand together in unity fighting for our members locally and nationally. I have also seen how, when we don’t listen to the views of students and have a top down approach, this can be detrimental to the work we are trying to achieve. Speaking to students, student unions and apprentices up and down the country both in FE and HE the question that keeps arising is ‘What is the purpose and relevance of NUS?’ I have worked tirelessly to defend against this doubt, because I know that when we are at our best, fighting with our students on issues they care about locally, or sending a strong message to government nationally, we are a focussed force to be reckoned with.

For far too long NUS has been divided, speaking about collectivism but not actually putting it into practice. It has struggled to unite students at all level across the movement, getting tied up in internal politics and therefore losing focus on winning for our students.

With the challenges of Brexit, devolutions, the cuts being made to the NHS and the welfare system, the levels of racism and hate crime on the rise, and the number of young people dying due to knife crime, we as the student movement need a strong, fighting national union to protect the interest of all those we represent across our education system, and to work together with trade unions to support staff as well.

I’m standing to be president, to lead our national union in a time where we have the huge battles and challenges ahead, in a time where it is make or break not only for NUS but for the future of the world we live in. I am standing to deliver an NUS that will invest every penny into transforming our members. My NUS will research and analyse policy based on what members tell us matters to students on the ground. My NUS will not be obsessed with getting in the media spotlight, and will put local students’ unions first, supporting them to talk about the impacts on real students.

I’m standing for president to put NUS back into the hand of its members, build a union that is FOR something and not against EVERYTHING and bring IMPACT THROUGH CHANGE for all students, to make education a real option for everyone.