Last week, over a hundred women+ students travelled from student unions all over the country to NUS Women’s Conference to elect a new NUS Women’s Officer, and set the direction for the NUS Women’s Campaign for the incoming year. I attended conference as a delegate from UEASU, and sat down with NUS President Malia Bouattia, and NUS Women’s Officer Hareem Ghani after having won her re-election.

This article provides an account of key events at Women’s conference, including motions passed and issues raised at plenaries and workshops throughout conference. I have also published comments given by both Malia and Hareem in response to the questions I asked about NUS, Women’s Conference, and the Women’s Campaign in the context of student deportations and migrants’ rights campaigns.

As a student that has attended both National and LGBT+ Conference, I was surprised at the length of the agenda. Knowing that at other conferences there is a strong chance that not all motions will be voted on due to a lack of time, a list of only ten motions and very little heated debate seemed strange, although this seemed to be as a result of consensus rather than disinterest. Nevertheless, a number of poignant and necessary motions were passed that set a clear direction for the NUS Women’s campaign.

Knowing that at other conferences there is a strong chance that not all motions will be voted on due to a lack of time, a list of only ten motions and very little heated debate seemed strange

Another key motion passed, and an issue raised many times at Women’s Conference, was Motion 202: Raising Awareness of Gendered Islamophobia. The motion focused on workers’ rights for Muslim women, gendered islamophobia on campuses, and the racist ‘Prevent’ strategy. 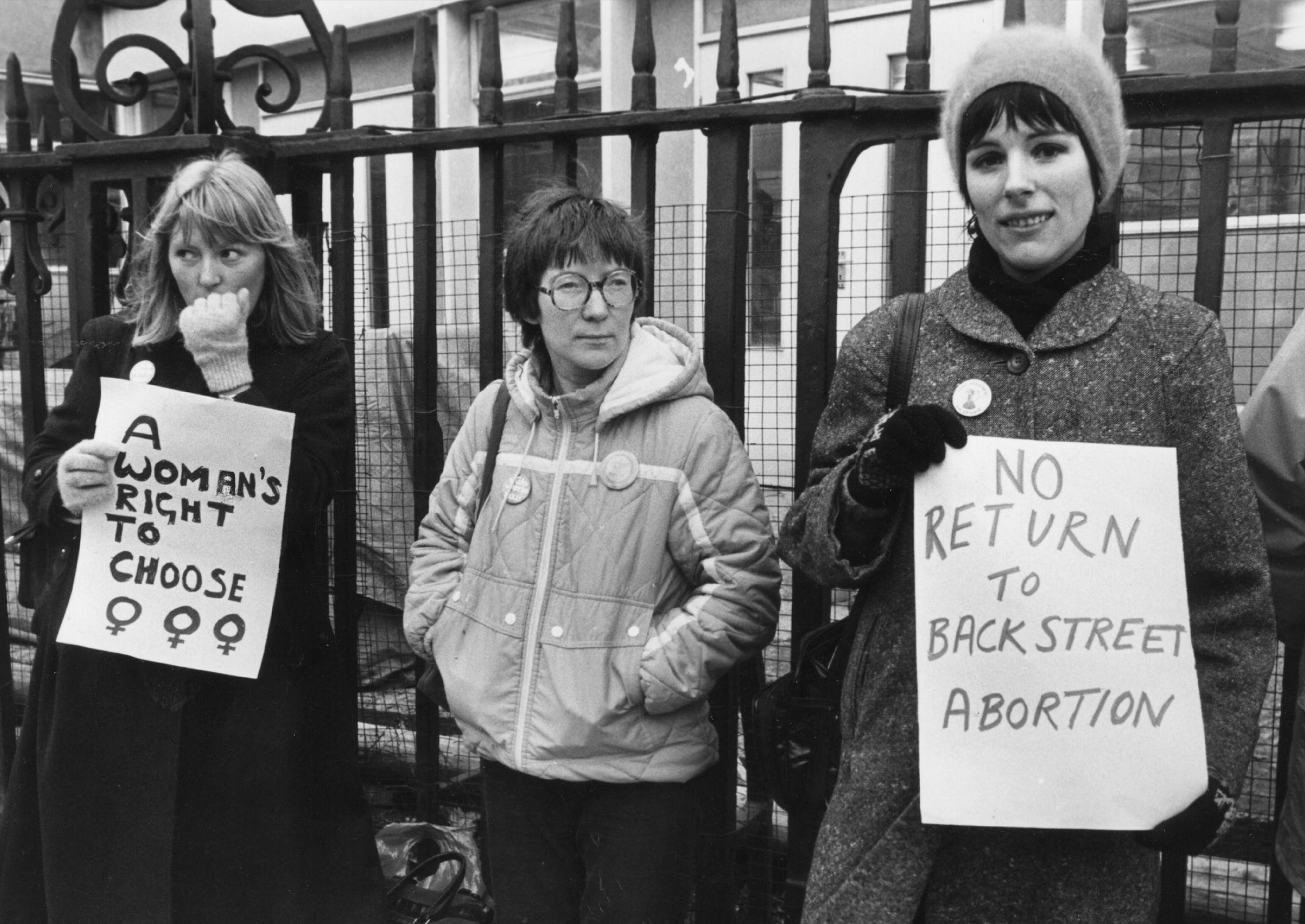 (“For most of us, the struggle for reproductive rights is something many will know only through black and white photos, or older relatives’ traumatic memories.” Getty, via The Independent. CW: article mentions rape)

Gendered islamophobia and issues faced by BME women were central to the conversations happening at conference. The importance of this became especially clear when, on the first night, all our social media – including the event hashtag – was flooded with news from Stanstead Runway where groups including LGSM had begun blockading a charter flight. Deportees on the flight flying to Ghana and Nigeria had said they feared for their lives if they were returned home. One woman on the flight said “My ex-husband said he knows I am being deported. He is waiting for me. He is planning to kill me.” The action ended in a successful blockade and delay of the charter flight, but the racist deportation agenda remains and continued to affect conversation throughout conference.

When I asked Malia Bouattia why an immediate response from organisations like NUS is so important in situations like these, Malia said that an immediate response can be incredibly important when “some are fleeing, some are seeking asylum”, but “what we need to do is be very sensitive to the specific case. We need to get information from the person who is being detained with the threat of deportation.” Making deportation cases too public can be particularly dangerous to the individual, but when deciding how to act, Malia said that “contacting groups like Movement For Justice” can be helpful in establishing contact with the individuals involved, and knowing when the best time to act is.

it is particularly important to listen to detainees and understand what they need us to do.

In situations like this, it is particularly important to listen to detainees and understand what they need us to do. Working with groups like MFJ is especially important because they often have direct contact with detainees and can find out when the best time is to act publicly using direct action. This way we can avoid putting the safety of specific detainees at risk by campaigning exactly when and where they need us to.

I also asked Malia what we can do to support students like Kelechi and Chennan Fei who face, or have faced deportation. Kelechi is a queer disabled activist who sits on the NUS Black Students and NUS Disabled Students campaigns. She is currently being housed in Home Office accommodation and is facing deportation despite a significant threat to her life if flown back to Nigeria where she faced extreme mental and physical abuse. Chennan Fei is a Chinese postgrad student from Edinburgh who faces the threat of deportation after already having been detained at Yarls Wood Detention Centre. She said in a statement: “I am trapped. My mind and my body wants to be liberated… I just hope I don’t have to stay here too long. I want to come home to Scotland”.

In response, Malia said “what these cases indicate is the urgency of putting migrants rights at the forefront of women’s movements”, and that the myth that international students are privileged “is absolutely not the case” when they face “extortionate fees” and have to navigate “questions of language with their studies”. One solution, according to Malia, is the organising of regional anti-deportation networks, which NUS has already begun training SUs in. Further than this, Malia also stated that “supporting local migrant groups and anti-deportation networks” was of particular importance.

When I asked Hareem Ghani NUS’ Women’s Officer the same question, and how we can help other than just expressing solidarity, she said:

”Solidarity goes beyond words, it’s about the practical things you do. For example with the #SaveKelechi campaign, it’s about allowing there to be a space where they can talk about their own issues.

‘Because we are seeing the police and the state cracking down on marginalised students, BME students, self-organisation has become a recurrent theme. Look at the fact that so many unions are electing BME representatives in their institutions; in order to take on something as big as the state, and its structures, those communities have to self-organise.”

This year, Hareem says that her top priority will be “building a campaign that is inclusive and welcomes everyone.’ She says that ‘in feminist spaces, the language tends to be very academic and that excludes a lot of people. The Women’s Campaign needs to explore practical ways to support marginalised women, not just in an academic context.”

We have to remember that the struggles we as women students are facing are not isolated. Hareem Ghani responded, when asked about the importance of Womens Conference, that for her, it is not so much the amount of policy passed which is important. If we want to fight sexism and injustice then we need a united campaign and activists who are willing to reach out and help each other. ‘Networking’ isn’t a corporate buzzword at Women’s Conference. It is a chance to reach out to other activists and share in the collective struggle against a global system of inequality and patriarchy. If we want to respond to deportations we need to do it fast and we need to connect with each other to know how best to fight at any given moment.

To help Khelechi, please sign the petition here and donate if possible. Chennan Fei has since had her deportation halted but the threat is ever present. There is a petition here to help Chennan stay in Scotland here.