The Republican Party’s war on the environment has begun in earnest.

The US Army Corps of Engineers have approved the final easement to complete the Dakota Pipe Line (DAPL). The Keystone XL Pipeline has also been approved. Republican senators have introduced a bill to disband the Environmental Protection Agency. The Stream Protection Rule has been repealed using the Congressional Review Act. The Securities & Exchange Commissions (SEC) transparency rule has been repealed. The Interior Department methane rule is currently going through the repeal process. Trump has promised to disband the Clean Power Act and the EPA website has removed all pages relating to climate change. Trump’s America First Energy Plan neglected to mention solar energy jobs and, although the initial plan to sell of 3.3 million acres of national land has been withdrawn, proposals have been put forward to transfer federal land to state control. In the UK, the government is pushing forward with the intention to sell the Green Investment Bank and renewable energy ventures look set to slashed even more. A report by the Energy and Climate Committee has predicted that the UK will fail to meet its renewable energy targets. The closing of the Department of Energy and Climate Change led to its operations being transferred to the Department for Business, Energy and Industrial Strategy, casting doubt of the ability to prioritise the environment over business. 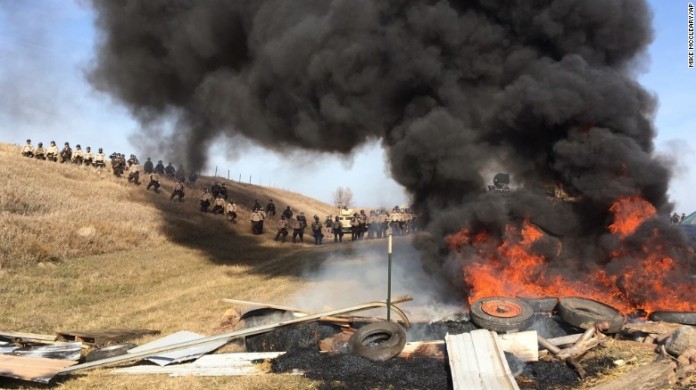 The implications of these actions are beyond compare. The Dakota Pipe Line will pass through Native American lands and sacred burial grounds. Can you imagine a pipe line being approved to pass through Arlington Cemetery? There is a risk of this pipeline polluting the reservation’s main water supply, affecting the drinking water for many people. The SEC transparency rule was put in place to tackle corruption by making companies list the donations they made to the governments of resource-rich countries. Its removal will mean that corporations can hand money, often taxpayer-subsidised, over to warlords and corrupt dictators in order to gain access to their resources, increasing the risk of civil war for control of those resources and affecting the lives of millions. The Interior Department methane rule has prevented thousands of tonnes of natural gas being burnt off during drilling operations. The result will now be a risk of ozone formation and related illnesses. Methane is approximately 25 times more potent than carbon dioxide though it doesn’t remain in the atmosphere for as long.

The repeal of the Stream Protection Rule is truly upsetting. Oil and coal refineries will be able to dump their poisonous rubble, full of mercury and arsenic, into valleys, streams and rivers. The potential pollution, risk to drinking water and risk to health is vast. The attempts to transfer federal land into the control of state governments are devious, as many states will have insufficient funds to manage the land, and will potentially be forced to sell to fossil fuel companies. We can expect resistant states to lose funding in the future.

They are the corporations that pollute our air, exterminate entire species, poison our water and buy off politicians to prevent us from having a voice. They are a united front against our fractured and easily distracted movement.

This is just the start. Before leaving office, the Obama administration was unable to enact regulations on uninterruptible power supplies, commercial boilers and portable air conditioners. These regulations had the potential to save consumers billions of dollars but will, in all likelihood, be cast aside. The freeze on grants and contracts issued by the EPA has affected many, despite Trump’s recent claim that he is “to a large extent, an environmentalist”.

Trump advisor, Myron Ebell, has called the environmental movement “the greatest threat to freedom and prosperity in the modern world”. So perhaps many would be forgiven for thinking that the future is bleak and very polluted, but the fight against such actions has also begun in earnest. Seattle City council voted to pull $3 billion from Wells Fargo, an investor in the DAPL. Davis City council in California also voted to pull their money from Wells Fargo, a total of $124 million. Philadelphia and Minneapolis are also considering pulling their money from Wells Fargo. If Trump goes ahead with his plans to cancel the Clean Power Act, 15 US states are threatening to take legal action. Rogue Twitter accounts are appearing, representing NASA and the National Parks. Environmental groups have seen record rises in fundraising since the election and volunteers flooding in, asking how they can protect their communities. Deutsche Bank has agreed to stop financing coal operations as part of its Paris Agreement commitments. 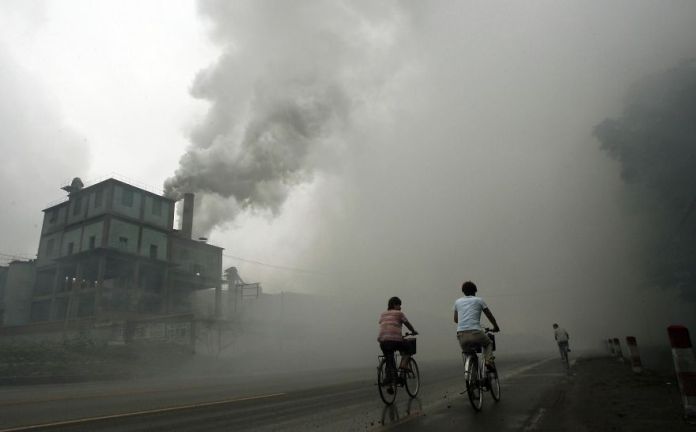 The environmental movement has always had a problem with apathy. The affects of climate change aren’t really visible to most people. The occasional severe weather storm is brushed off as a one-off event. Illnesses from pollution could potentially come from anywhere. Other issues, like the NHS, austerity and Brexit, tend to be foremost in people’s minds and rightly so. Nevertheless, the environment is our home, our only home. Might not witnessing the problems of pollution in China prompt you to reconsider the implications of what we do now, or fail to. Climate change is just one of many problems society faces but the culprits of all these problems are the same. They are the corporations that pollute our air, exterminate entire species, poison our water and buy off politicians to prevent us from having a voice. They are a united front against our fractured and easily distracted movement. Apathy isn’t an option anymore. All aspects of our lives are affected, everything that is being done by politicians should be of concern. Applying public pressure is needed now more than ever. If we don’t use out voices now, we might forget how to in the future.