The election of Donald Trump and the result of the Brexit referendum have thrown the prospect of a greener future into doubt. Trump’s threat to withdraw from the Paris Climate Agreement and promise to boost the ailing US coal industry overshadow the current surge in renewable energy. The UK government’s decision to sell the Green Investment Bank (GIB) has been attacked amid fears of asset-stripping.

Social media is full of individuals and climate groups recoiling in horror at the potential of such actions pushing back the advancement of environmental progress. Many are counting down the days until Trump’s inauguration and the eradication of environmental regulations that is predicted to follow. Yet is the future really as bleak as many would have us believe?

is the future really as bleak as many would have us believe?

Barack Obama’s piece ‘The irreversible momentum of clean energy’ in Science may yet herald the beginning of science and politics working together to achieve a solution to climate change. Factual, illuminating, and to the point, what many may regret is that Obama didn’t take the opportunity to write an article like this at the start of his second term. With a late flurry of environmental support, like the banning of Arctic drilling and the protection of over 265 million acres of land from development and industry, there is perhaps a sense of sadness that all of this wasn’t done before when Obama makes it seem so easy now. The reality is, of course, that he has had to fight hard for this. His proposed increases in funding for US national parks was constantly blocked by Congress. Sadly, the uphill struggle that he has faced may well be replaced by a downhill cruise for the President-elect if Trump is able to casually sweep aside environmental regulations.

Yet such a drive towards reviving the fossil fuel industry may come up against barriers that are both environmentally and publicly supported. Research Policy published a study by Oxford University that predicts the short-term rise of solar panels as unstoppable. The approval for Swansea Bay’s tidal lagoon has been backed by a government-commissioned review (and a bargain at £1.3bn compared to the huge £18bn cost of Hinkley Point) and has the potential to provide large amounts of cost-effective power. The ever-increasing levels of pollution in China have seen protests against the devastating cost to human life. 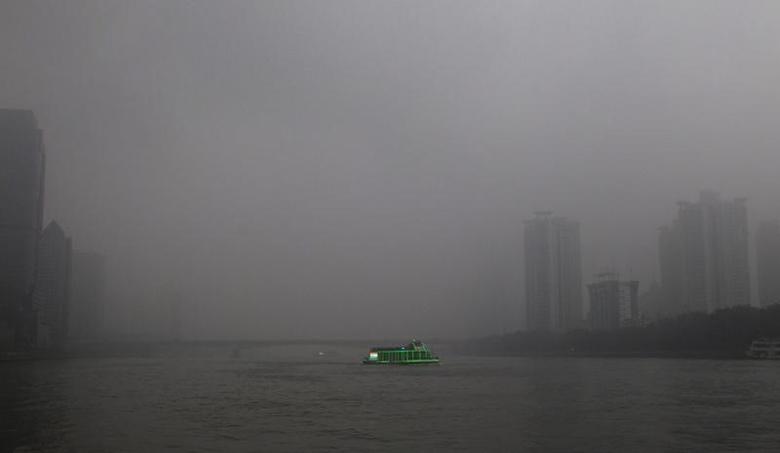 Science, for the large part (only about 3% of climatologists deny humanity’s effect on the climate), already knows where it stands when it comes to climate change; it is the politicians who are playing catch up and because of this, so is the public. Like the ebb and flow of the tides, public perception and beliefs change. Politicians, lobbyists, businessmen and naysayers have all had time to push their denials and disbeliefs into an already cracking foundation of public thought. Public interest in climate change has been waning for over a decade according to research. Short-term interest, spiked by environmental announcements and alarmist news, evaporates when no tangible effects are seen. While many don’t comprehend (or wish not to) that much of the damage occurring is beneath the surface, the consequences are slowly becoming apparent.

politicians […] are playing catch up and because of this, so is the public

The idea that change can be made at the voting booth is fading. Ironically, the election of Donald Trump was in part due to the fight against political elitism and the cosy relationships between politicians and industry. His election may well have the opposite effect and damage to the climate could increase while resources are drained from the environment putting more money into the pockets of corporations. Funding for misinformation and climate denial comes from industrial billionaires, the media’s attention comes and goes according to whatever news item will pull in the most numbers and politicians go wherever the money comes from.

Many people suppose that the green revolution will come from protesting on the streets. While this is certainly a positive manner in which to attack the failings of government, politicians have become all too adept at closing off the science and ignoring the calls of the many. Revolution will come by hitting their corporate masters in the pocket. As more and more turn to solar panels, wind turbines, urban agriculture, and the rejection of environmentally-expensive made gadgets that only adverts tell us make our lives better, those in power will begin to feel the pressure.

Elon Musk (who seems to be one lab accident away from becoming the archetypal Bond villain) is an encouraging figure in the development of renewable energy, keen to expand on the Tesla range of products such as the Tesla Solar Roof. Resistance to Trump’s environmental plans are starting to emerge within the Republican Party. Democratic US Senators, like California’s Jerry Brown, have already vowed to fight Trump at every level.

As the toll of Trump’s environmental plans has the predicted effect, more will rally. Industry, as much as it likes to have politicians in its pocket, will eventually cave in to public outcry and the reduction in profit levels. Money makes the world go round and that might just save the environment.