Moana is a traditional quest narrative complete with a special object that has to be taken on a journey. It’s a story we’ve all seen before – but we’ve never seen it in this setting, or with a hero quite like this one. Moana is driven, brave, and lacks the improbable Barbie-doll proportions of her predecessors. Though this film is billed as being about her extraordinary journey to return the heart of the goddess Te Fiti, its main focus is actually Moana herself. There is, after all, a reason why the film is named Moana rather than Voyage.

That reason has a surprising amount to do with the history of the western Pacific – more specifically, a period of time commonly referred to as ‘the long pause.’ The long pause was, unsurprisingly, pretty damn long – estimates range from 1000 to almost 2000 years – though what is unexpected is that it came right after the successful settlement of Micronesia, Melanesia, and Western Polynesia. Basically, people started to spread across the Pacific and then this spread just stopped, and nobody really seems to know the reason for this pause. We know that when the pause did end the rest of the Pacific was settled quite rapidly, which only adds to the mystery of the long pause. Why stop something you’re so successful at? And why start it again so vigorously after so many years?

people started to spread across the Pacific and then this spread just stopped, and nobody really seems to know the reason for this pause.

Moana is bookended by these questions. It’s set right at the end of the long pause, at a point in time where the people on Moana’s fictitious home island of Motunui have forgotten their voyaging past, and the film ultimately culminates with a return to the voyaging way of life. Let’s not get ahead of ourselves – at the beginning of the film Moana’s father Chief Tui is actually afraid of the ocean and explicitly forbids taking boats past the reef that encircles the island, though that doesn’t stop his daughter from dreaming about doing just that. 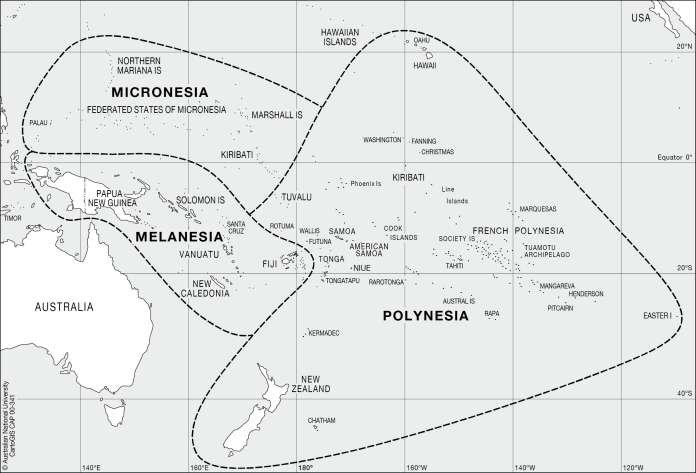 Moana’s key character song How Far I’ll Go comes near the beginning of the film, just after we’re treated to Where You Are (sung by Christopher Jackson of Hamilton fame), a song that follows Moana growing up and learning to put her responsibility as the next chief of Motunui ahead of her personal desire to head out onto the ocean. I find it interesting that Where You Are is such an upbeat song when typically accepting responsibility over dreams is seen as a tragic thing. With Moana, however, we are shown a protagonist who recognises the importance of her role in the community and accepts that responsibility rather than running away from it. Over the runtime of Where You Are we even see Moana learning to find happiness in her future role as chief, growing from a reluctant child to a teenager who takes her future seriously and is shown to be competent at her role. Of course this wouldn’t be a Disney film if Moana didn’t actually get to achieve her dream – and what a dream it is.

With Moana, however, we are shown a protagonist who recognises the importance of her role in the community and accepts that responsibility rather than running away from it

After some twenty minutes of the beautiful Motunui and seeing Moana wistfully staring out and singing at the sea, we finally get to watch Moana discover that her people used to be voyagers and that her dream is possible. We’re launched into a stunning vision of just what that dream looks like – first we see a beautifully rendered, sun-soaked ocean. Then an immense ship rises and plunges over the crest of a wave, and We Know The Way begins to play. After an opening spent almost entirely on dry land, and with only Moana’s own fumbling attempt at sailing for comparison, this sequence comes along like a punch to the chest. This is Moana’s dream – and it’s much bigger than the small canoe that she scuttles near the beginning of the film, or any of her longing looks past the reef.

The visuals are spectacular, and the song feels as huge as the scenery. The lyrics, which are in Tokelauan as well as English, both tell us exactly what Moana’s ancestors could do (We read the wind and the sky when the sun is high / We sail the length of the seas on the ocean breeze / At night we name every star / We know where we are / We know who we are, who we are) and tell us just how ancient and important this lifestyle is (We are explorers reading every sign / We tell the stories of our elders in a never-ending chain). The choice to deliver all this information about Moana’s ancestors via song is extremely fitting considering that these stellar navigation techniques were passed down from master to apprentice via oral tradition for thousands of years – and are still being taught today on the island of Taumako.

In case you hadn’t noticed, I love this film. At the same time, however, I think that it’s important to not let yourself get blinkered to the problems of something just because you like it. Being uncritical means that filmmakers don’t get held accountable for their mistakes, and so don’t learn. This approach is especially important when the creator of the thing you like is as big and influential as Disney. I don’t, however, feel comfortable with judging either way on the few parts of the film that do make me raise my eyebrows. I simply don’t know enough about the cultures involved – but if anyone who does know more reads this and has thoughts on the things I’m about to bring up, I know for a fact that the Radical would love to hear from you.

Moana was largely created from the cultures and traditions of Fiji, Tahiti, Samoa, Mo’orea and Tonga. The songs in the film contain lyrics in Samoan and Tokelauan as well as English. This squashing of so many different traditions means that we’re being presented with one pan-Pacific identity, and that kind of blending is usually fraught with issues of erasure. However, with Moana there is the fact that Disney formed the Oceanic Story Trust especially to try and avoid the kinds of controversy they’ve caused in that past with films like Aladdin and Pocahontas. The Oceanic Story Trust consists of historians, linguists, cultural practitioners and anthropologists, and they had a powerful say in everything from song lyrics to the hair of the demigod Maui.

Forming and working with this Trust is a really big deal, and it’s definitely a better approach than anything Disney has done in the past, but even with the Trust’s input Moana hasn’t completely avoided criticism. The brownface costume debacle, the mixed response to Maui’s body type (warning for pretty intense fatphobia), and the fact that while Moana having no love interest would definitely be revolutionary for a white heroine, it’s a bit more complicated than that for a woman of colour. White women are always the love interest. When guys get the girl, they always get the white girl. Women of colour rarely get the sweeping love story, the fairytale romance, and when Tiana did end up with Naveen at the end of The Princess and the Frog it was only after spending almost the entire film as an animal, which is in itself a disturbingly common trope for characters of colour.

When guys get the girl, they always get the white girl. Women of colour rarely get the sweeping love story

All in all, Moana is still an extremely important step in the right direction for Disney. In the five years of production it went through nine different versions, and Disney actually appear to have listened to people from the cultures that the film draws from. On top of all that, it’s great – beautifully animated and coloured, funny, fast-paced, catchy songs, brilliant female lead – and you can definitely tell that a lot of work went into it. I would count this film both as pure fun to watch and as a promising sign that Disney might just ‘know the way’ to a better, less controversial future.