Two things that have become clear with the election of Donald J Trump as President – elect.  Firstly, America’s status as a sole superpower and its Exceptionalism is coming to an end, and secondly, the liberal international order, rooted in principles of international law and community and defined in part by American hegemony, has been turned upside down.  The world is in an increasing state of flux.

While it is undergoing a process of reordering, the likelihood is that global affairs may not be very responsive to the will of the United States either through its diplomatic capacity, its institutional structures which it retains its legitimacy, or through hard power.  Authors such as Kupchan go further, arguing that America must prepare for the decline of the West, correlating with a decline in its own position.

While Obama first came to office, authors predicted the end of United States’ unipolar moment and asked “What comes after unipolarity?”. It was this trend of increasing globalisation, that America had to navigate, and accept the logic that the world has become more integrated.  The United States is in the process of relative decline and Obama has distanced himself from the George W. Bush’s legacy by pursuing a policy of restraint and ‘leading from behind’ on a number of key issues, but in my opinion at the expense of demonstrating clear leadership and a vision of America in this changing world order where it’s no longer omnipotent.

It was this trend of increasing globalisation, that America had to navigate, and accept the logic that the world has become more integrated.

Obama’s transformational rhetoric has always fallen short of being able to usher in a new era for U.S. foreign policy.  His inability to respond to events in Syria may at best be seen as pragmatic, or at worst, a failure of insight to truly understand the geopolitical situation in the wider Middle East. His counter-terrorism policies have largely inherited Bush’s legacy which has culturally embedded a narrative of how to prosecute the war on terror; from extra judicial killings in the form of increased drone attacks, to covert warfare, and the killing of Osama Bin Laden.  U.S. Defence spending has reached astronomical proportions – it currently sits at $700 billion dollars a year, while its budget deficit and national debt is only increasing in size and scope. 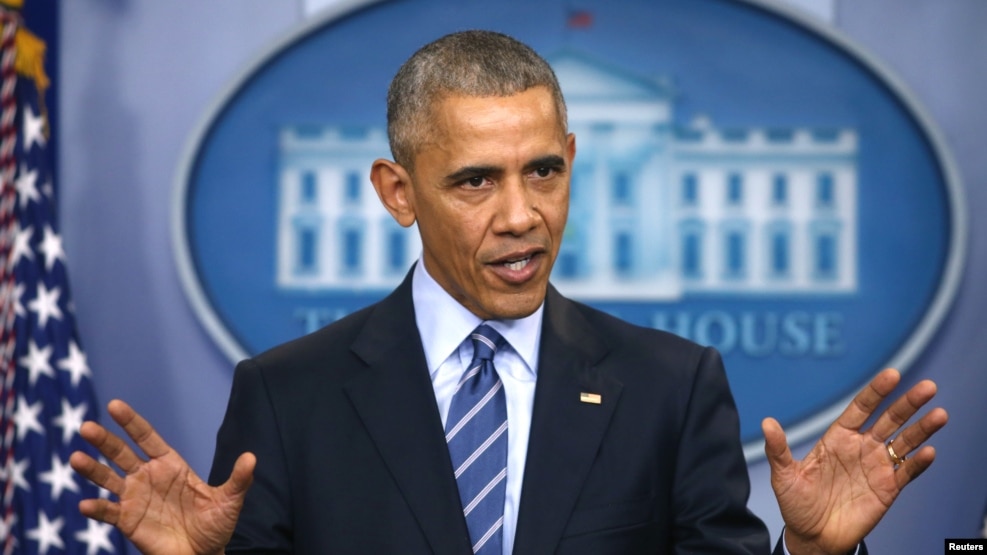 The election of President-elect Trump is indicative of a wider phenomenon — that the world is shifting away from one dominated by one sole superpower, in this case the United States, to one which is multipolar, and where several Great Powers coexist.  However, the key difference between Trump and Obama is while Obama accepted the basic logic of Globalisation, Trump wants to challenge its basic premise under the auspices of his vague plan to “Make America Great Again”. Whether it’s through leaving the Transatlantic Trade and Investment Partnership (TTIP), trade protection and tariffs, questioning the bandwagoning of NATO, or even on the basic level of building a wall

The inauguration of Trump will test America’s claim to exceptionalism in an increasingly anarchic world, where American power and authority does not translate into desired political outcomes — particularly in the Middle East and Russia.  But more importantly, Trump’s victory is a testament to the failures of globalisation to appeal to the working class voters in America.

In Eastern Europe, a new Cold War has ignited with Russia with both Russia and NATO poised in a more provocative stance akin to the Soviet-US relations of the 1980s.  On the Middle Eastern front, Daesh have now replaced Al Qaeda as the main threat to Western interests and has been successful in engaging with other terrorist groups. Some, such as Boko Harem in Africa, have become officially affiliated with them.  Obama previously said he has “no strategy to deal with ISIS” during a White House Press Conference, and in his last State of the Union address claimed “ISIS is not an existentialist threat to the existence of the U.S”.

(People line up to vote in America, via Occupy)

While this may be true in the most literal of senses, it can be seen as downplaying the significance of the rise of Daesh, and how the default U.S. led strategy of ‘containment’ has done nothing to ameliorate the crisis in the wider Middle Eastern region.  The U.S’ latest nuclear deal with Iran has some merit but does nothing to ensure that Iran does not attempt to strengthen its hold on the Middle East through proxy, by funding paramilitary groups such as Hezbollah, who are supporting the Assad regime in Syria and the rebels fighting the Saudi coalition in Yemen. If anything, this nuclear deal by the U.S. demonstrates that it does not fully appreciate the complexities of the Middle East, and indirectly fuels the conflict between Saudi Arabia and Iran, which is causing a sectarian rift between the Sunni and Shia causing potential for more war. History will critically judge Obama on foreign policy and will subscribe most of the geopolitical failures to a lack of clear leadership in an age of growing international constraints.

The world Obama will leave behind in 2017 will be a more dangerous place than the world he was inaugurated in eight years ago.  It will be marked by increasing tensions in the Middle East, Asia and the Pacific, by domestic and political upheaval in Europe, and by whether Russia and the West will establish a new relationship of rapprochement or continued conflict.  The world is pulling in different directions, and America is setting its own course.  While one cannot predict the character of the Trump administration, one can speculate it will be one based on a more bellicose nationalist discourse, with isolationist impulses and protectionist rhetoric.