“The end of the human race will be that it will eventually die of civilisation.” Ralph Waldo Emerson

As Aleppo draws its last few timid breaths, the global community sits back and watches as four years of war, suppression and ignorance engulf an ancient city, certain to go down, alongside the likes of Srebrenica, Rwanda and Darfur, as an abject failure of Western governments to fight the oppression of human rights and democracy that they have so carefully and vocally pronounced their desire to protect.

The pleas of desperate citizens have fallen on the ears of those in the position of most power to do anything, yet the reply has been deafeningly ineffectual and non-committal. Russia has not displayed an ounce of humanity in enabling progress, and Bashar al-Assad’s Syrian government have been able to kill their own citizens with virtual impunity. Press releases by the United Nations (UN) indicating that war crimes might have been committed in Aleppo have sounded weak. Ceasefires are announced only to fall apart soon after.

Russia has not displayed an ounce of humanity in enabling progress, and Bashar al-Assad’s Syrian government have been able to kill their own citizens with virtual impunity

There is an additional worrying aspect to the situation in Aleppo and that is the input of the media. Genocide, mass killings and ethnic cleansing are sadly part of everyday life on this planet of ours. But in the case of Aleppo, the media have been allowed to be biased and frame this conflict as a fight between ‘good’ and ‘evil’. The talk of proxy wars brings back memories of the Cold War. The Russians are once again the bad guys while the West represents all that is good and right. Yet the conflict in Syria, not just Aleppo, is far more complex and it is this information that has not been reported properly.

(Aleppo before the conflict via Wikimedia)

US forces in Syria have, rightly so, found themselves in a very conflicting and difficult position where, since CIA operations began in 2013, US training and weapons are supplied to the Syrian rebels — partly made up of Jabhat Fateh al-Sham, formerly the Syrian branch of al-Qaeda, the very organisation that brought devastation to the US on 9/11. To expect US soldiers to help such people is ludicrous, not least because it was this behaviour in the 1980s that led to the uprise of the Mujahideen. The behaviour of many of the rebels forces have been increasingly violent and worthy of being labelled war crimes too.

In October of 2016, al-Assad and Russia offered safe evacuation to the people of the rebel-controlled areas of Aleppo but this was rejected by the rebels as they didn’t believe they would be safe. A report by Amnesty International stated that torture, murder and abduction were being committed by the Syrian rebels. The complexity of the rebel situation has never been adequately reported in the mainstream media.

The complexity of the rebel situation has never been adequately reported in the mainstream media.

The ability of Russia to veto a resolution to stop bombing Aleppo is the not the first, though nor will it quite be the last, nail in the coffin of the farce that is the UN. The UN has time after time been shown up as impotent and incapable of untangling the intricate political and military manoeuvres that have enabled countries and governments to literally get away with murder. Meanwhile, Saudi Arabia continues to annihilate and murder the people of Yemen with the assistance of Western manufactured weapons and military forces without causing any noticeable outrage in the mainstream media.

Media influence created a public feeling of fear and aggression towards foreigners, particularly Muslims. Nationalism, prompted by racist and xenophobic headlines, has allowed governments to put up barriers to prevent Syrian refugees from finding solace. Political avoidance of the issue, particularly on the part of Barack Obama, left Western governments stuttering for reasons not to intervene in the conflict. The decision by the UK government to launch airstrikes only served to increase the volatility of a theatre of war already abandoned by the US and filled by Russia and Iran. 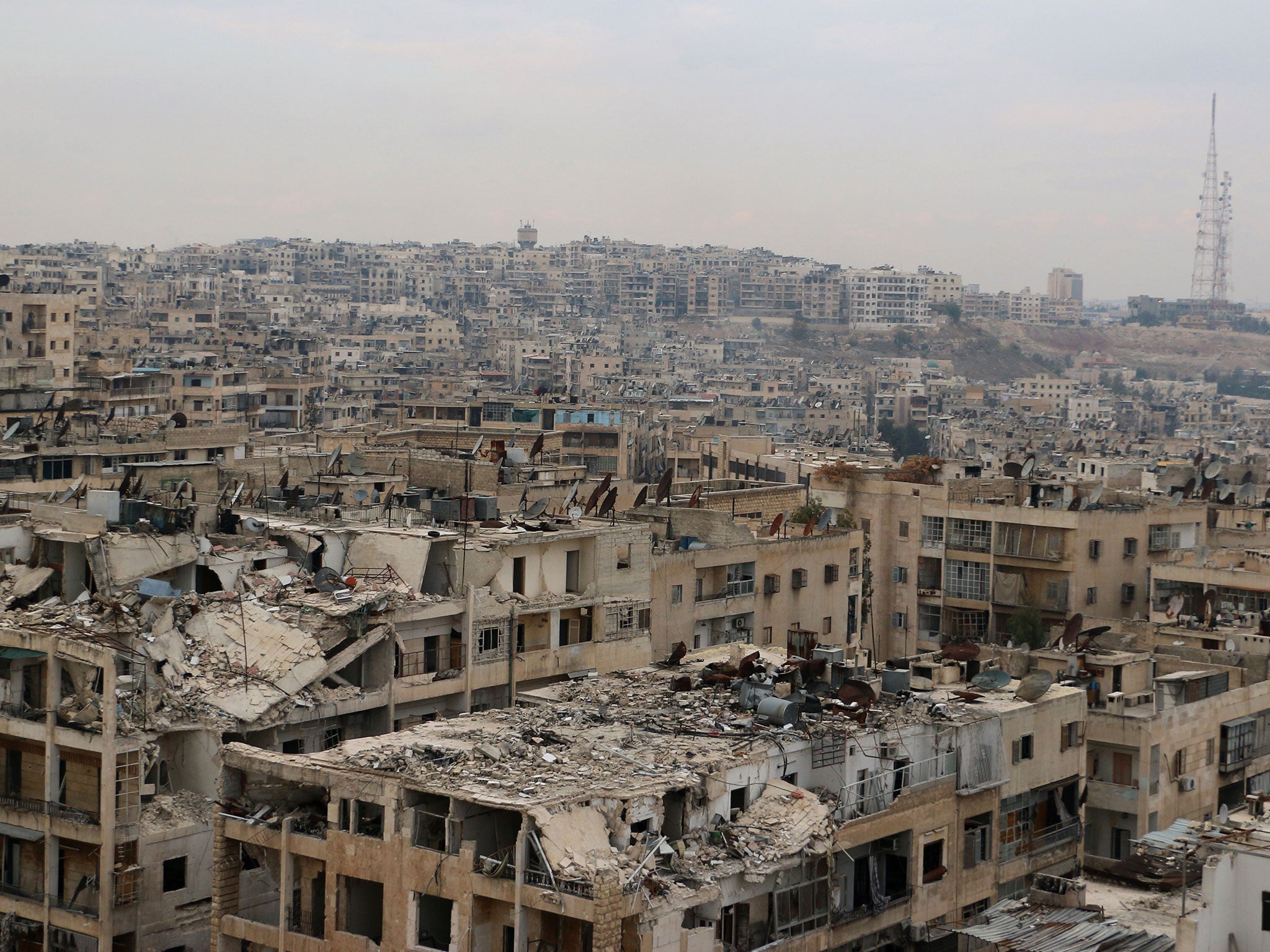 Aleppo will fade in the Western memory, another footnote in history of what could have been if only our governments had shown some of the decency that they claim to be the standard bearers of. Another situation will arise somewhere else and the media will use it to place the blame on whoever our government thinks is the enemy. The root cause of the problem will never be properly addressed, left to fester, leaving behind hurt and anger that will one day boil over and bring forth a new wave of revenge killings and devastation. The government of the day will stand back and protest their innocence as to having any part of being the foundation of all this violence and sadness.

We have a duty to hold our governments to account. They answer to us although they’ll do their damn best to make sure that never happens. Every time we vote, every time a politician stands for election, every time a new proposal is put forward to increase the manufacturing of weapons, every time there is a vote as to whether we go to war or not, we have a duty to remind not just them but also the people around us what those in power have done, what they have been responsible for. Don’t forget that it is our taxes that are used to fund all of these things. It would serve the politicians well to be reminded of that. It would also serve the public well to be reminded that we are part of that final decision too.

One thought on “ALEPPO: A TRAGEDY WE WON’T LEARN FROM”