I moved back to Prato, Italy, last March. I thought I’d left behind the UK poetry scene, so very different in Italy in so many ways. Then, my own hometown organises a whole series of free events, including poetry nights – and invites Inua Ellams to perform his An Evening with an Immigrant show. Did you really think I wouldn’t attend, notebook in hand?

Despite the lack of wide-spread publicity – I heard about the event from my editor, on Twitter, as Inua posted about arriving in Prato – the CCT – See City series of events brought a lot of international names to the big town, and Ellams’ show was the final night, and crowning glory, to me at least. A story both personal and political, an example of migration and bureaucracy, of childhood and growing, music and poetry, in the compact size of a single human, to an audience of Italian and English speakers, Nigerian and Italian-born, in a city that sees many of these stories daily. (Note: I should write about Prato at some point).

The evening was introduced in Italian and in English by Spanish journalist Margarita T. Pouso, and set on a corner stage in an ex-church, giving even more of a community feeling to it, with mismatched chairs and mostly bare walls. I spoke to Inua just before the show started, and he was incredibly nervous about going too fast for a mostly Italian-speaking audience – ‘I can’t change the show!’. He said this again as he got on stage, asking us to ask him to slow down if we couldn’t keep up. From what I saw, even if people didn’t understand everything, they were mesmerised enough that the sound of the show became what mattered, as narration, monologues, poems, and soundtrack played with each other through Inua’s voice and hands (and a slightly distracting green/purple lighting switch between sections).

even if people didn’t understand everything, they were mesmerised enough that the sound of the show became what mattered

The stories were all part of his own tale, from childhood in Nigeria to the move to London, to Dublin, to London again, the woes of UK bureaucracy – through Royal Mail, bad lawyers, and the Home Office – of boarding school. But I found them to be mostly about what he said he was still looking for, the sense of belonging that migrants crave (subtly marked by the suitcase just sitting to one side of the stage). From ‘the long line of troublemakers’ culminating in him, from the ‘battle dove’ of his mother, from the magnificence of his sisters, the cherished horrors of his bullies and troubled friendships with the ‘Teenage Mutant Hero Nerds’, Inua revealed how he ‘reminisces of tongues turned tireless’ in his past, in his family lines; how he finds himself constantly in flux, between countries, between genders, neither Libra nor Scorpio, both Christian and Muslim – ‘I like to think I was born floating’. 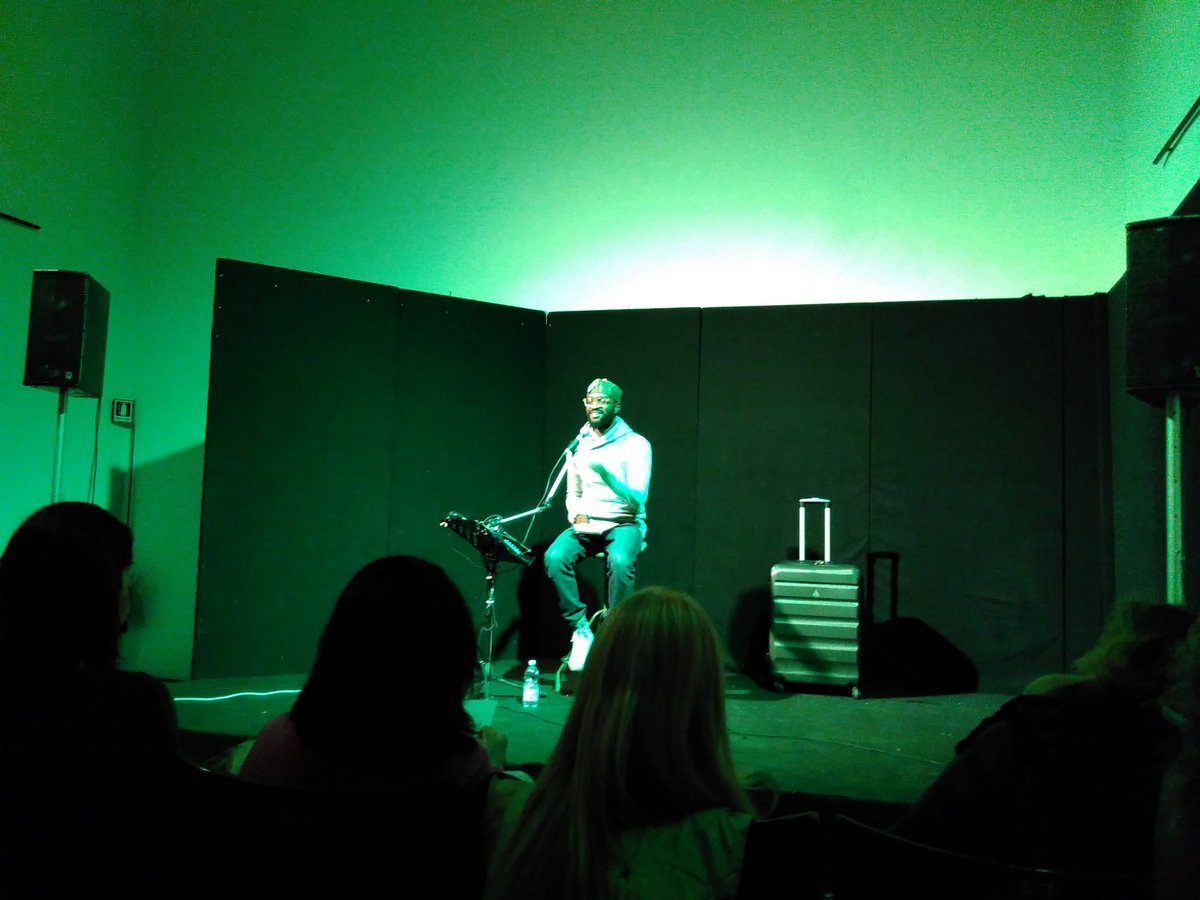 The stories he brought to us were a result of the stories that brought him to life, the ‘revenge psychological cannibal tales’ that his mother told him at bedtime; the anecdotes about his life with Jebo whom he had to fight, with Jack, who taught him, at the age of 12, what racism was when he arrived in London; the stories he read as a ‘young Black Matilda’ with his library card; the horrors of the UK Home Office and the immigration process, of having lost everything only to find it again through poetry, and theatre, and writing. 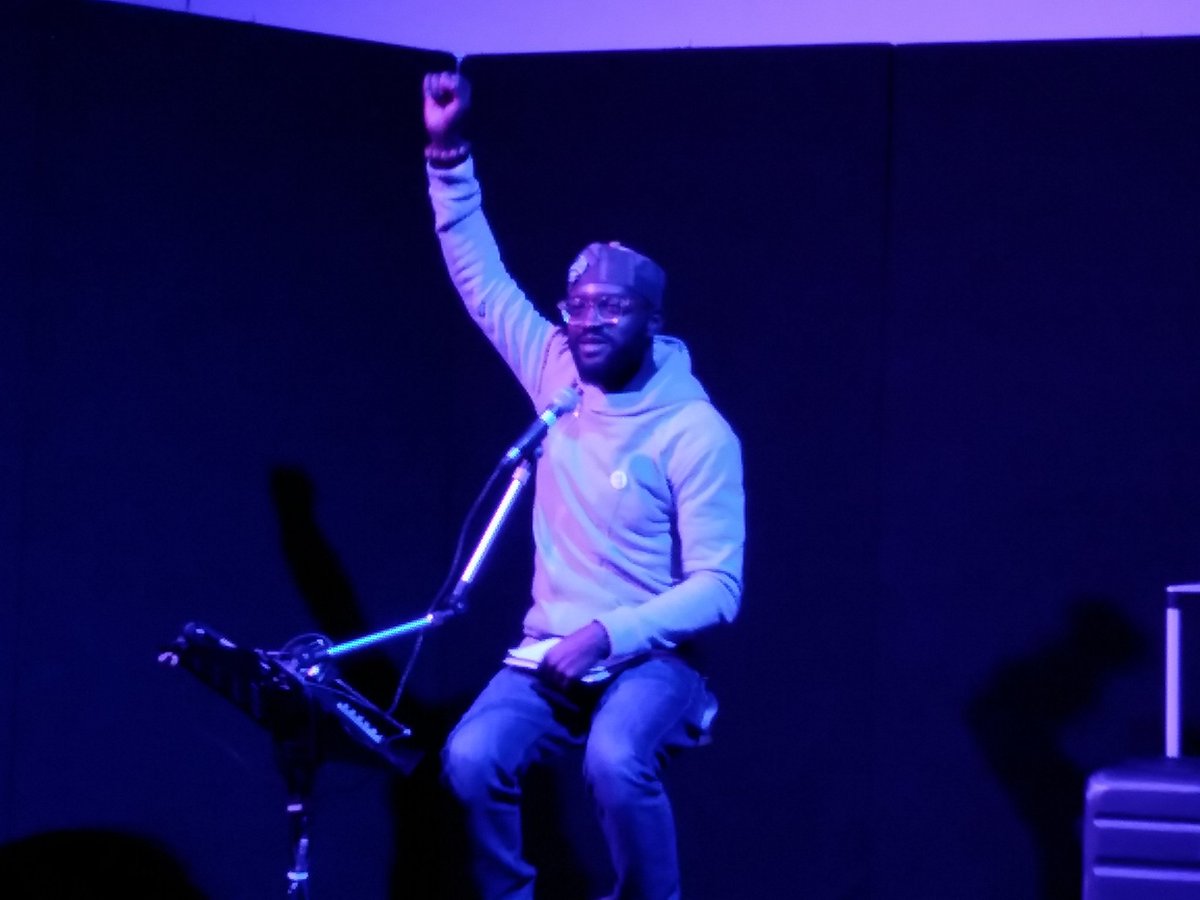 After the show, I spoke to two of my friends I had convinced to accompany me, and they marvelled at how humble, how honest, how direct Inua Ellams was. They saw it as a breath of fresh words in a litscape with a tendency towards ambition and pretention. I agree, wholeheartedly, but I also saw more. The following day, Inua took to Twitter after a tour of the city, a visit to the Black communities in Prato and its realities. His account is bleak, and harrowing.

I’m still wondering about what good I’ve done, if any, and who this show was made for, and how it works or can further work.

What I saw in and from the nervous Anglo-Irish-Nigerian I met that evening, this non-masculine man still coming to terms with leaving Nigeria, this storyteller ‘built of weaker things’, was what he saw in his father: he was humble, yes, he is still looking for a destination, yes, he doesn’t know what good he’s done. I have an idea: he was, and he is ‘defiant, there’.