Content warning: As you’d expect, this article contains Donald Trump and all the associated bullshit that comes with him. It gets better at the end, but it’s still pretty grim. For a TL:DR, try Warren Ellis’ excellent Transmetropolitan comics, or this. Also contains strong language.

It’s not been a great year for fans of basic human decency towards people who aren’t white, straight, cis men. I’d list the crappy things that have happened on that front alone but I’ve got 800ish words and 2016 is going to get history books all of its own. Now, the self-proclaimed Land of the Free has elected a President who dog-whistled his way into power on a wave of fear, hate, intolerance and general bastardry. Well, great. All we need is a major natural disaster in December and then we’re on track for a nuclear war in January. Shitty things are already happening.  Here’s a running list. (Note: The election is still recent. I hope these turn out to be sensationalist clickbait. I really hope.)

It’s not like Trump’s personal ability (‘incompetent’), allegiances (‘himself, Putin’), or character (‘wanker’) are going to matter to the millions of Americans and billions of humans who are going to have to deal with the next four years. Trump isn’t the only problem. The party and the system he exploited and the wave he rode to power are the problem. They’re a problem that’s always been there, but not a problem that will always be there.

Trump isn’t the only problem. The party and the system he exploited and the wave he rode to power are the problem

We know Trump rode a wave of racism and sexism to power. I sincerely doubt there’ll be any Trump supporters reading this, by all accounts there weren’t actually that many of them — the admittedly unreliable polls showed many more people who hated both candidates than liked either of them. They had their reasons. Some of them were motivated by misogyny — either supporting Trump’s Return of Kings-lite red pill bullshit or letting ingrained dislike of what Clinton was rather than what she stood for cloud their judgement. Some of them bought Trump’s bullshit ‘Make America Great Again’ message, because the residents of the world’s most powerful superpower have the nerve to complain about their country, where fresh water is nearly universal, food is abundant, the government allows freedom of gender, sexuality and religion and bombs don’t rain from the skies. Some of them voted out of fear, cowering behind the world’s largest and most advanced military and some of its most paranoid border defences from a threat that was vastly eclipsed by lightning, alligators and their own children armed with stupidly-common firearms. Some voted to keep their guns, because America is America and being sexually attracted to assault weaponry is the only alternate sexuality that’s not a ‘choice.’ 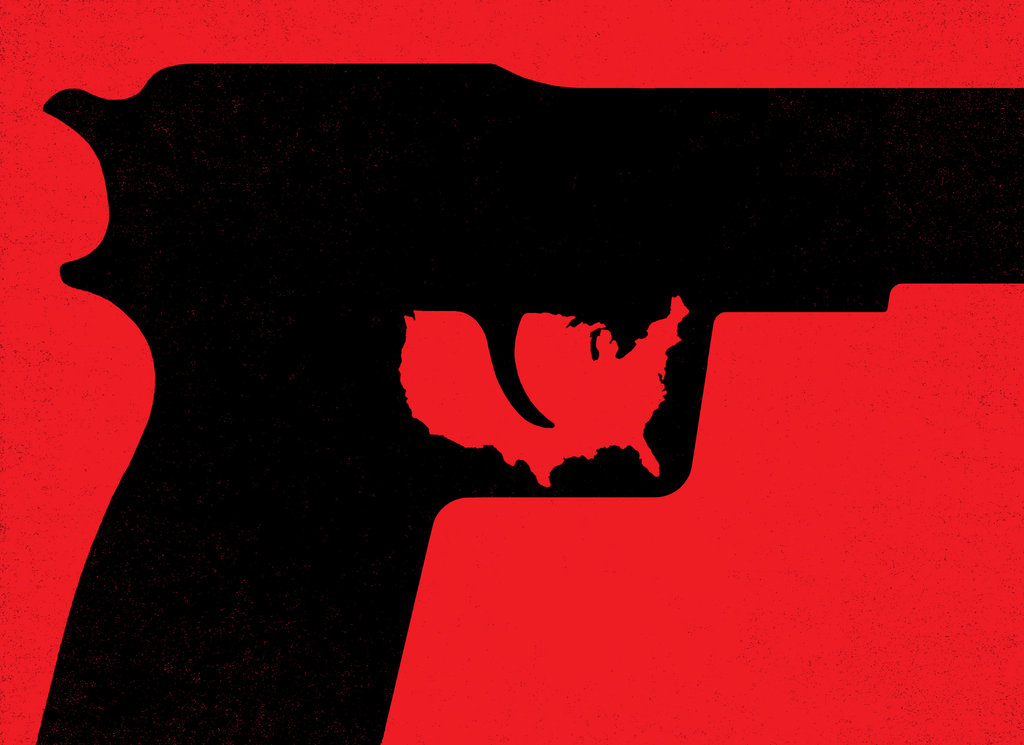 So the trying times are set to continue. Between the buffoon of a president and a party that’s had eight years to turn into a stewing mess of resentment and bitterness supported by a base of scared idiots and complete bastards, the way is open for every shitty, selfish, prejudiced and generally American super-size idiocracy conservative idea that’s been waiting for its time.

Fortunately, those bastards aren’t going to get what they want. Not all of them. Not all of it.

They want to stop. To turn back the clocks. ‘Make America Great Again.’ Nostalgia’s a bastard of a thing. Brexit wants to take us back to the British Empire via Enid Blyton. Trump supporters want to go back to 1953 via Birth of a Nation. Across the Western world, a trend we haven’t seen since the 1930s is rearing its ugly head. The small-minded, the selfish, the hateful and the scared are seizing their opportunity, trying to remake the world into a walled fortress for themselves, and fuck everyone else.

The small-minded, the selfish, the hateful and the scared are seizing their opportunity

They’re going to fail. The wheels don’t stop turning. The world doesn’t stop changing. Sure, 2016 has been a step backwards. We’ve had steps back before. Compared to 1940 this year hasn’t been so bad. It has significant advantages over 1914. It’s actually pretty solid compared to the decades, centuries of the fuckers having their way that have come before. These days, half of society thinks that trying to cure homosexuality is barbaric quackery and that racism is unforgivable (no matter how much racism and homophobia we internalise, the concepts are still rejected). The right wing complains about political correctness — they’re complaining about having to do the right thing. That’s a long way from where we were fifty years ago. Even though Trump’s campaign and victory has legitimised all that again, even though it’s let a whole shitload of really foul people think they can come out of the shadows, there’s still hope. Trump has claimed to be pro-LGBT. It doesn’t matter that that’s a lie, although it certainly is. The right-wing lunatic campaign from hell felt the need to reach out to a group of people who were political pariahs as little as twenty years ago, people they’ve traditionally hated. Sure, the fucker used us. That’s something many, myself included, will never forgive him for, and rightly so. But we were influential enough to be used. Trump desperately courted the Black and Latino votes, even as they roundly rejected him. For all the racism, the sexism, the demagoguery and homophobia, even a fuckhead like Trump couldn’t completely shut us out of the shitty little world he was selling his supporters. They’ve built a hell of a wall in front of the ocean of progress, but even as they did so it seeped through the cracks.

The right-wing lunatic campaign from hell felt the need to reach out to a group of people who were political pariahs as little as twenty years ago, people they’ve traditionally hated.

So snap out of the shock. Anti-Trump protests are springing up all over US cities. The battle to deny our own country’s Trump-analogues from fucking us over with Brexit isn’t over yet. Just because Trump’s in charge and his supporters are running wild doesn’t mean we should let them. Apathy is the greatest enemy of our democracies, the brittle bone that lets democratic parasites like Trump in to fuck everything up. Protest. Vote. Make some fucking noise. Support each other. If you can’t do big things, do small things. Don’t let the shit that’s been unleashed by this become normal. If you read this publication, hopefully you’re already doing this.

The American right wing has been sullen and difficult under Obama. My sincere hope is that the left, or something like it will rise from this setback and damn well show them how it’s done. Make the corridors of power tremble under the pressure of the world. There’s hope yet. Nolite te bastardes carborundorum.