Surreal. Beautiful. Terrifying. Adam Curtis’ newest documentary can be described in many ways. It bombards us with messages and narratives which seem to have emancipatory power by simply exposing the chains we all appear to wear. This mesmerising piece of film-making taps into the psyche of human consciousness, getting to the root of how we feel and why we feel it. Once again Curtis has created a terrifying exposé of the confusing and uncertain world we live in.

The term “hypernormalisation” was taken from Alexei Yurchak’s novel Everything was Forever, Until it was No More: The Last Soviet Generation. It detailed life during the collapse of the Soviet Union and the refusal by everybody to admit the system was failing. Instead choosing to live in the pretence that society still functioned as no one could imagine an alternative to the status quo. Thus, the fake was accepted as the real.

Curtis is arguing in his epic (almost 3 hour sensory assault) that the world has become hypernormal. That we all accept truths feed to us by politicians, financiers, and the media. Curtis puts forward a compelling cultural, historical, and geopolitical case for this. By tracing the relationships between world leaders, corporations, tyrannical dictators, and the advent of cyberspace, he shows how much of what we think we know has been fabricated into a simple and digestible narrative for the masses.

What lies at the heart of Curtis’ film-making is the parallel between the political narrative which he wishes to expose and the narrative he creates within the film in order to expose it. There is a wonderful interplay between the cinematic presentation of the film in a dreamlike, surreal, and erratic way, and the chaos of the reality he is actually depicting. This creates a mesmerising unease which washes over you as you embark on the epic introspective adventure; a sort of morbid fascination with the cold, brutal reality of our world.

The convincing re-contextualising of so many widely known global events may harbour some inconsistencies (only one who is well learned in every global event mentioned can really make that call), but within Curtis’ wider project and narrative every thread weaves together to construct a post-modern reflection which will astound you.

Although the main focus of the documentary is the shifting of political power, one part of his film which was most troubling was the mirroring between the fake reality created in the world of cyberspace and the reality which we are fed by politicians and the media. It pushes you to reflect and reconsider the role the internet has had in shaping the societies we live in. Perhaps it puts it up as a heroic figure which can mobilise hundreds of thousands in the Arab Spring. But equally a villainous one which can destroy movements by giving the impression of solidarity and organisation, when in fact any structure seeps into the ether. 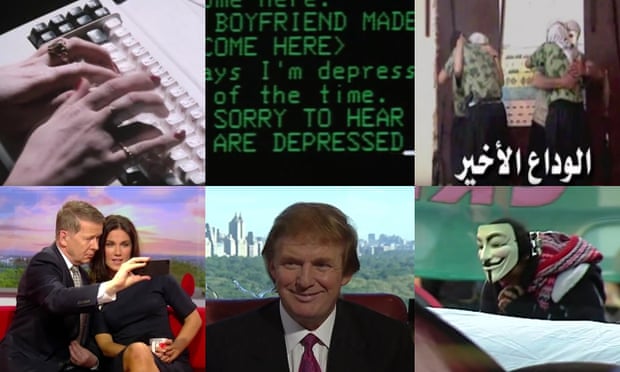 Take Brexit for example. For many Remain voters the result of the vote was shocking because of how their online lives were constructed. The internet seems to do exactly what Yurchak said people did in the Soviet Union: it positively reinforces that a certain state of affairs is the case, which we immerse ourselves in, and it turns out that it is not.

Mostly it made me consider my own ideas of how things change. If I write and post things online rather than going out and changing the world around me, does this severely reduce the impact I will ever have on the world whilst comfortably satisfying my own narcissistic desire for recognition? Am I playing right into the hands of those in power “behind the scenes”?

I think the danger that there is with Curtis’ powerful and frank explorations of the modern world is that it can be dismissed as conspiracy. But I would push anybody who watches anything by Curtis to not fall so easily into this dogmatic trap. I see Curtis as producing a disorientating and sometimes startling film in order to show you the world behind the curtain, behind the veil. It is a confusing, scary and unstable place. But it’s down to us to be okay with that. It’s down to us to expose ourselves and the world around us in order to understand. The simplest truth is not the best.

It’s down to us to expose ourselves and the world around us in order to understand.

HyperNormalisation, as with many of Curtis’ other documentaries, is a film for a post-modern age. A film which allows you to string the narrative of our recent history together and discover new and hidden truths about a world of falsity we are surround with. It is created for an age of subjectivity and debate. Suggesting facts about the past are perhaps not as fixed or stable as we have been told they are. Instead we need to reflect over the past and see how we got to where we are today.

I would encourage anyone to explore not only themselves but also power structures and societies around the world through watching some of his films. Make your own mind up at the end and take what you want from his work. That is what it is there for.