The green movement is a tough place to be right now. With the Conservative government announcing another environmentally disastrous policy just about every week, from Hinkley to Heathrow via fracking in Lancashire, cuts to renewables and planning deregulation, activists could be forgiven for feeling a bit despondent. But Adrian Ramsay, CEO of the Centre for Alternative Technology (CAT), is philosophical when I ask if morale has been hit by this wave of irresponsible policy-making.

“We are disappointed with the government’s decision to remove the subsidies and incentives for renewable energy at really quite a critical time, while the market for those areas is still developing,” he admits. “But we are still determined that everything we’re doing here will provide people with the inspiration and the skills needed to make a practical difference. The number of people engaging with CAT’s work and registering for the courses has increased quite significantly over the last couple of years.”

There does seem, finally, to be a growing public awareness of climate change. So why is the government so out of step?

“Well, firstly, the government has recognised the reality of the climate science through signing up to what was agreed in Paris; but on the other hand the pledges that are needed to deliver on that are not coming through, as we know. There’s a variety of reasons – there’s pressure from industry to continue to run the economy in the way that we’re used to, and to continue to promote a way of life which relies on levels of fossil fuel consumption that are completely outside any historical or global norm. There’s a lack of willingness to grasp the changes that are needed and to understand that those changes could actually deliver a society that is much better for local communities as well as rising to the climate challenge.” 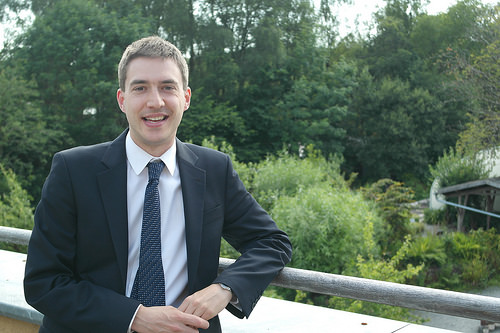 CAT has been at the forefront of work on climate change and renewable energy since 1973, when volunteers began turning a disused slate quarry in mid Wales into an eco-friendly community. The site has developed over the years into a well-known visitor attraction, with CAT’s research providing a major contribution to global thinking on sustainable living.

At the heart of its current research is the Zero Carbon Britain project, a series of reports which looks at how the country’s carbon emissions can be reduced to zero by 2030. The ‘Who’s getting ready for zero?’ report, which draws together more than a hundred scenarios for a low-carbon future from across the world, was presented at an event at the Paris climate talks last December. Ramsay, who was a Green Party councillor in his home town of Norwich for eight years before joining CAT in 2014, cites this report as the highlight of his time with the centre so far.

As well as a shift to renewables, the Zero Carbon Britain scenario set out in a 2010 report involves reducing UK energy use by more than 50%; this would be achieved through measures such as more efficient heating and insulation, a shift away from the private car, and changes in land use which would reduce intensive livestock farming in favour of plant-based protein. Incredibly, the Zero Carbon Britain scenario calculates that the UK would grow more than 75% of its own food on just 29% of the land currently used, freeing up land for reforestation and some biofuel crops.

The inclusion of land use is surprisingly rare in reports of this type, says Ramsay. “You can’t just focus on one area,” he observes. “You need to take a bigger picture approach to it; and the way we use land is really important – not only in relation to climate change, but also biodiversity, which has been massively hit by overly industrialised farming practices in recent decades. So it is really important as environmentalists that we look at climate change as part of a wider picture about how our lifestyles in western countries are affecting species and resource depletion.”

CAT’s work strikes a balance between hi- and low-tech visions of a low-carbon future by drawing on cutting-edge technology while also acknowledging the importance of changing our behaviour. In some ways, Ramsay points out, the ideas are nothing new – but that doesn’t have to mean a return to the past. “Until 200 years or so ago, we were living within the natural ration of renewable energy that was supplied to us through the windmills that are still dotted around the countryside, or through hydroelectric generation, which you now see being regenerated around the country.

“We’re now using modern versions of technologies that have served us well in the past, and what Zero Carbon Britain shows is that we can have a modern lifestyle if we reduce our energy consumption and switch energy to renewables. So it’s getting across that we can build on our heritage, but we can do so in a modern way.”

This brings us to one of the key issues in the Zero Carbon Britain project and in CAT’s wider work: getting the message across. The premise of the project’s latest report, ‘Zero Carbon Britain: Making it Happen’, due to be published this winter, is that the science is clear and the technology is there – the barriers now are human ones, and a multi-disciplinary approach is required to overcome them. The work ranges across psychology, economics, sociology, politics and even the arts, bringing together research from those fields about how to overcome barriers to tackling climate change and build a different kind of society. 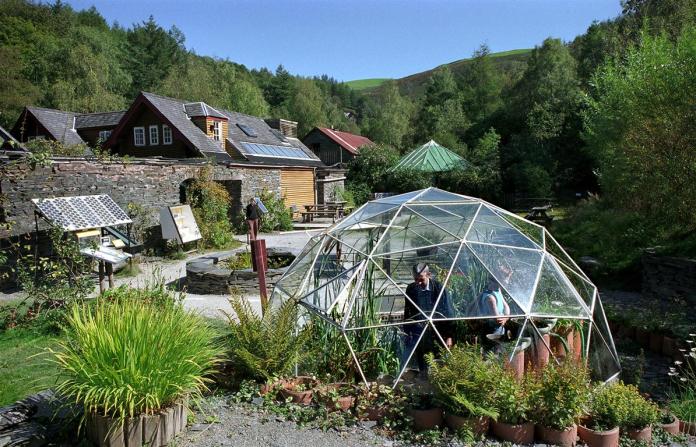 “It was interesting that in our research for the Making It Happen report, we haven’t found other studies that have previously addressed the topic in such an interdisciplinary way,” says Ramsay. “Academic research is too often done in silos of individual departments and very tightly defined pieces of scientific research within that, and, while that can solve individual problems, when you’re looking at a complex society-wide issue like this it’s actually perhaps easier for a charity to address it than a university, as we’re able to be a bit more nimble.”

What kind of contributions are we likely to see in the report? “I think psychology has a really important role to play in terms of why people may see it as not an immediate issue or one that they’re powerless to address. There is also an issue with people feeling there is some kind of sacrifice involved; but, while there are some difficult issues to address around having a sustainable diet and sustainable transport system, actually addressing those could create a healthier society and stronger local communities at the same time.

We, as the environmental movement, need to properly explore how we can paint that picture of what a different future looks like

“We’re not saying we have all the answers, but what we hope is that our report will spark a debate by drawing together the research that’s already out there. We, as the environmental movement, need to properly explore how we can paint that picture of what a different future looks like, and we’re working with a number of arts organisations to look at how we tell that story.”

This language of stories and pictures is telling: the green movement needs to capture people’s imaginations and produce a narrative that is more compelling than the doom and gloom the science might seem to offer. Being able to imagine things as other than they are is empowering; indeed, it is the only way we can ever create change. Events such as Norwich’s current Respond: Climate Change exhibition, which runs until 30th October as part of Norwich Science Festival, are encouraging.

However, people need to be able to do as well as to imagine; and there again, CAT can help. Its short courses, on all kinds of sustainability-related topics such as permaculture and building techniques, aim to give participants the skills to put their ideas into practice. There is also a course on the Zero Carbon Britain scenario and how local groups might make use of it, which the centre is hoping to run in various locations around the country.

“What people do in their own communities is crucially important,” says Ramsay. “There are examples all around the country of really exciting initiatives that people have developed in recent years, whether that’s local energy production, initiatives to grow local food and encourage farmers’ markets, or promoting the local economy. I think by highlighting those examples, and through organisations like CAT helping people to acquire the skills they need, it helps give a sense of collective purpose, and can hopefully help to embarrass those sectors that are not taking a lead into stepping up to the mark.”

When I ask Ramsay for his top piece of advice to individuals who want to contribute to a lower carbon future, it isn’t to go vegan or sell your car (not that those things wouldn’t help too): it’s to talk. “There’s lots that individuals can do, but I think if we’re talking about just one thing, it would be to talk to your family or your community about how, collectively, we can rise to the challenge, whether that’s through community initiatives or political lobbying. Collective action is really important.”