Can anything stop Donald Trump? The recent presidential debate between the Man with the Golden Skin and Madame Nixon has been heralded as another in a series of candidate-ending screw-ups, Trump appearing rambling and incoherent while Clinton seemed uncharacteristically cheerful and unscripted. Trump was called out repeatedly for lying, and his awkwardly unreleased tax returns were dragged ever closer to the cold light of day. Even his post-debate spin was desperate, with Trump claiming imaginary poll victories and showing a surprising measure of the political correctness his supporters are rabidly opposed to. He even blamed his microphone for his weak performance, giving Clinton a chance to drop one more zingy soundbite.

But here’s the thing: this isn’t going to slow Trump down. This won’t turn his supporters off him. To drop into a metaphor I’ve seen employed elsewhere, Trump is Godzilla. He’s a giant rambling menace that brings out the worst in people and will do real harm if he’s allowed near anything important. And here is the reason I am writing this article: nuclear-capable US F-15E fighters spent the day buzzing my office in the middle of Norwich. I feel I have a vested interest. Unfortunately, just as Godzilla is an outside context villain to the Japanese military, Trump is an outside context villain to US politics. Hillary Clinton has lined up with all her tanks and helicopters and is picking away at his hide, but while the likes of Colbert et al cheer every flashy explosion they don’t change the fact that the monster’s still coming, and the conventional means won’t stop it. Trump’s supporter base just don’t respond to this sort of setback, and they never will. He’s an anti-establishment candidate. His supporters don’t care about (in their eyes) a bunch of privileged urban elite journalists taking the piss out of him. The system’s been against Trump from the start. The mockery just makes him look better.

Trump’s supporter base just don’t respond to this sort of setback, and they never will.

So what if Trump seems to have been on cocaine for most of the debate/his career/his life? Hell, it’s what you’d expect, and cocaine plays into Trump’s image. It’s a rich, trashy businessman drug. For someone trying desperately to look like a successful businessman it’s practically an act of marketing all by itself. So what if his income tax returns (when they’re eventually outed, which has to happen at some point) show he owes enough money to keep those jets above my head flying for centuries? The angry people voting for him will love that. Claiming you’ll cut the IRS’ budget (Leaving aside that the IRS doesn’t set tax rates, they just collect) is a sort of easy power-up for American politicians. Everyone hates taxes, especially the disenfranchised ‘deplorables’ that make up a chunk of Trump’s voter base. Even a cocaine-addled Trump can spin massive tax debt into something that’ll make him look like the savviest businessman in America.

So we come to the question: What can kill the world’s largest orange cockroach? What giant robot or flashy superhero can take down the Candidate That Won’t Stop? Calling him and his supporters racist, prejudiced, small-minded, fear-mongering white-privileged, creepily-firearm-obsessed bastards who exemplify the worst aspects of America by their mere existence won’t do it. Left-wing (and central and right-wing, when they can get away with it) media in the US and across the world has been throwing those five rounds rapid at him since he announced his candidacy. 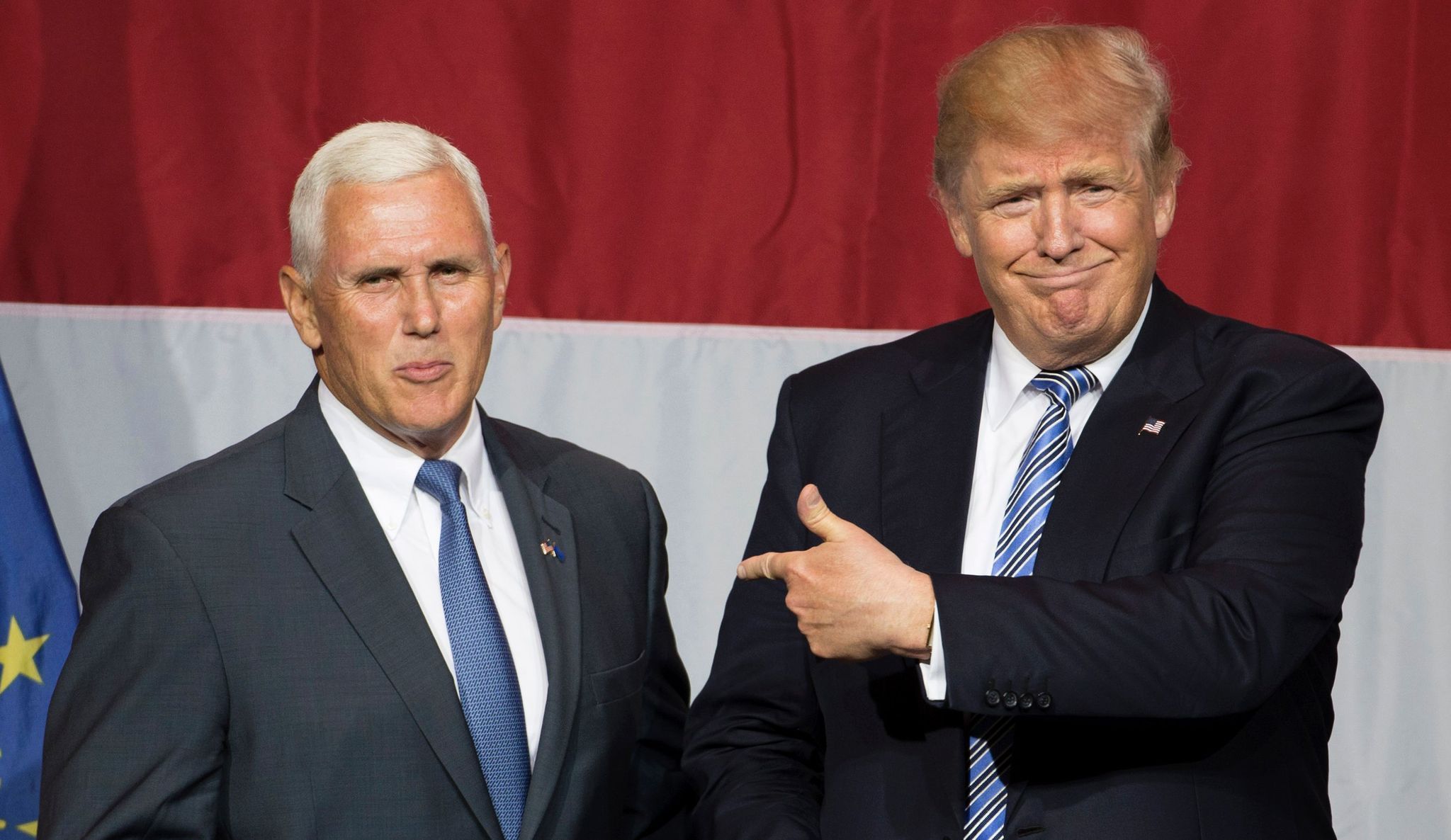 Undermining his business credibility, while fun and childishly simple (‘I started with a small loan of a million dollars’) doesn’t seem to be working either, nor does the fact that he dodged the draft and avoided Vietnam, usually a kitten-fisting level offence in the USA’s military-obsessed cultural landscape. Given that the choice appears to be between the lesser of two evils – and it’s sad that I find myself saying that about a potential first female president, but here we are – it seems that most people in America are already so entrenched in their choice that the candidates might as well take a break from campaigning until November and just let things stand. If nothing else they’re both in their seventies, they could probably use a little sleep and some Horlicks.

Perhaps Trump’s vulnerable to another outside context problem. Perhaps the promised tax returns will turn out to be bad enough that the federal government moves to arrest Trump before he needs to be impeached. Perhaps a diet consisting largely of surplus Trump Steaks and camera-friendly Mexican food will take its toll at some point (and it’ll be fun to watch the ‘Hillary Is Secretly Ill’ brigade doing desperate backflips to get around that one). If Trump dies or disappears then his Vice President, currently the boring and odiously homophobic Mike Pence will probably take over, which is hardly ideal but not necessarily as nightmarish as mister Make America Great Again getting his hands on the button that drops those bombs (again, the damn things keep flying over my house as well. It’s like Top Gun from the point of view of that guy in the control tower).

The real answer, of course, is one you never see in a monster movie: voting.

The real answer, of course, is one you never see in a monster movie: voting. At the end of the day, it’s down to the electorate not siding with the angry, anti-establishment crowd of bigots, and protest-voting the world back to the Stone Age. If you are American or know Americans, do your best to get out there and vote. If you aren’t American, cross your fingers, swallow your anti-Clinton sentiments, and tell your friends to get out there and do their bit. The dream of Bernie Sanders is out of the game for this round, but his replacement needs your support. She’s not perfect, but she’s a lot less likely to rampage screaming over Tokyo or drunkenly bomb my hometown to glowing cinders.

One thought on “PLEASE DON’T LET GODZILLA BOMB MY CITY”