A report released by a Foreign Affairs Select Committee found that ‘Through his decision-making in the national security council, former Prime Minister David Cameron was ultimately responsible for the failure to develop a coherent Libya Strategy.’ It alleges that Cameron’s decision to commit military force to intervene in the Libyan revolution was poorly planned and done without considering the consequences, and ultimately led to a power vacuum that was eventually filled by Daesh. Very distracting.

The report concludes that David Cameron’s government merrily ignored the bloody, difficult lessons learned during the two illegal failed wars of the previous decade and threw airstrikes at Libya without proper analysis of the situation, a defined strategic objective or even efforts to secure weaponry and equipment from the collapsing Libyan army. The government and Cameron ignored potentially much more efficient diplomatic and political alternatives, ignored or forgot evidence of extremist groups already active in Libya (groups who would eventually coalesce into Daesh and their various allies) and generally acted in a reactive, counter-productive and borderline incompetent fashion.

The mess was then declared a ‘triumph’ for David Cameron by journalists more willing to remember Yugoslavia than Iraq. You can be as gleeful as you want about the depths of Cameron’s fall now, The Guardian. Even Barack Obama weighed in to attack Cameron’s role in the intervention, reportedly stating that Cameron allowed Libya to ‘become a shit show’ in March and blaming the European members of the coalition for failing to support Libya once they’d finished bombing it. 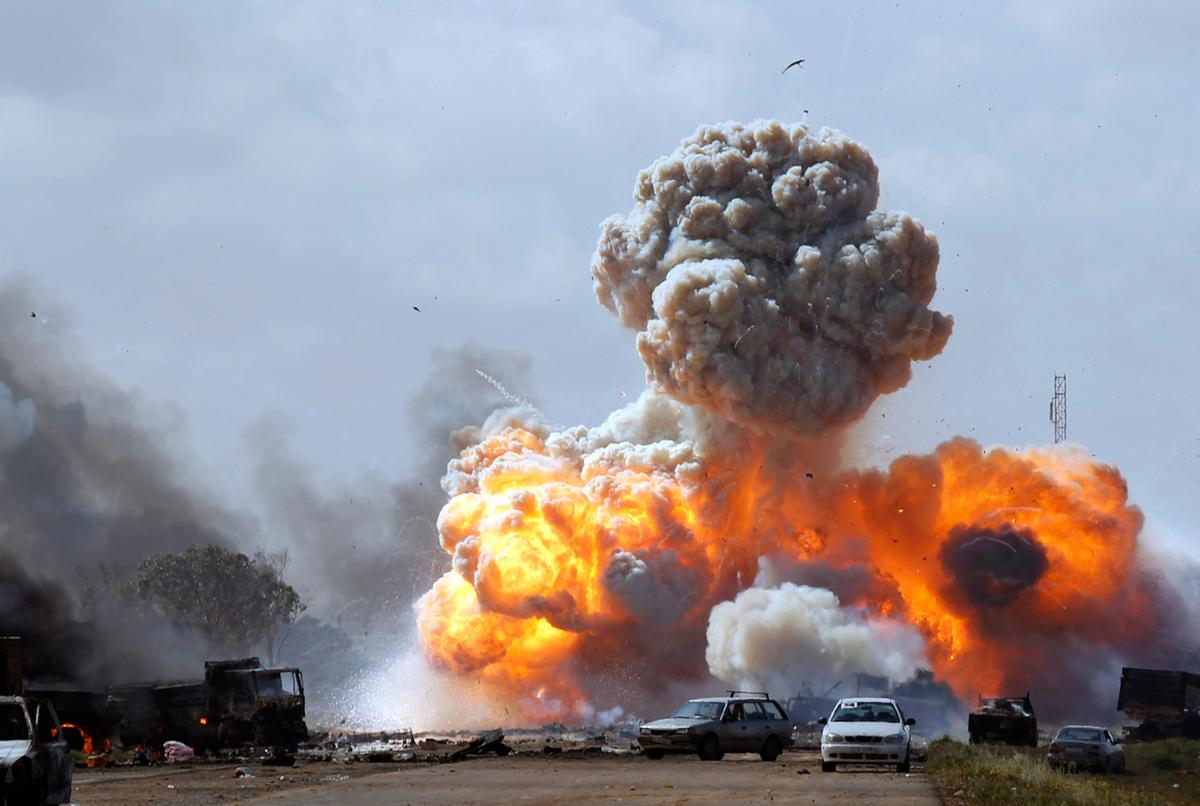 (Vehicles belonging to forces loyal to Libyan leader Muammar Qaddafi explode after an air strike by coalition forces, along a road between Benghazi and Ajdabiyah March 20, 2011 © Reuters/Goran Tomasevic)

Of course, the report does not exclusively place the blame on David Cameron. The French leader Nicolas Sarkozy also comes in for some criticism, as he was also heavily involved in pushing for imposition of a no-fly zone over Libya and the removal of Gaddafi.  The US and Canada were also quick to commit forces, and there were more than a few voices from the Arab League and Libyan representatives at the UN calling for intervention as well. The report does conclude that in particular ‘It is probable that none of the states that intervened in Libya would have been prepared to commit the necessary forces to secure stocks of weapons and ammunition. That consideration should have informed their calculation to intervene.’ As the Independent article above shows, Obama considers the Coalition intervention to have been a largely US- run affair, and while the US considers the intervention a success, it expected its allies to be the ones who subsequently picked up the pieces, part of an ‘anti free-rider campaign’.

Perhaps I’ve got the cause and effect wrong here. Cameron’s resignation and general disgrace following the Brexit referendum provides a convenient way for Theresa May’s new government to wash its hands of the previous administration’s failure in Libya. The current Secretary Of State for Trade and Industry, Liam Fox, was Secretary of State for Defence during the crisis. He warned that Libya could be spit in two by the conflict but subsequently opposed attempts to sharply increase Britain’s aid budget and accused senior military commanders who voiced concerns about the operation of ‘strengthening Gaddafi.’ Given the circumstances under which Fox departed the government in late 2011, the timing of this report looks increasingly political — Cameron should bear the blame for the decisions made during the 2011 intervention and in the years that followed, but the Prime Minister is not the only man in the government, and the blame for the fiasco that was the international community’s handling of Libya should not just settle on him.

Cameron should bear the blame for the decisions made during the 2011 intervention and in the years that followed, but the Prime Minister is not the only man in the government

Of course, internal politics aside, the best thing Theresa May’s new government can do is find a way to improve the lives of the Libyan people. Even a report by the Conservative-led Foreign and Commonwealth Office Select Committee suggests that ‘The FCO must set out and re-examine the evidence base underpinning its assertion in October 2014 that “planned search and rescue operations in the Mediterranean …create an unintended ‘pull factor’, encouraging more migrants to attempt the dangerous sea crossing”. In fact, the paragraph also states that: ‘Given its role in the conflict and subsequent destabilisation in Libya, the UK has a particular responsibility in relation to migrants and refugees, an issue which has been exacerbated by the collapse of the Libyan state.’ (Paragraph 105 of the report) That’s the actual government, there, acknowledging that maybe we should be helping the people who’ve been caught up in our collateral damage. 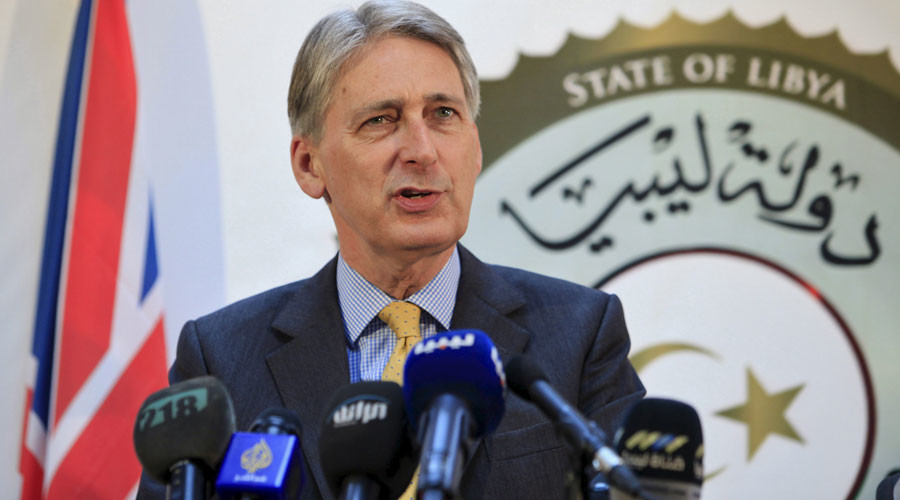 Meanwhile, the air force of the nation that showed the world that strategic bombing against civilian and military targets doesn’t bloody work continues to bomb Daesh-related targets in Syria, Libya continues to be a lawless semi-failed state run by armed militias and the further humiliation of a generally pretty rubbish Prime Minister continues to have little effect on either. Whenever the Syrian conflict finally simmers down and the ongoing multinational conflict against Daesh finally succeeds in driving them back into the shadows, I wonder if Theresa May’s government (or whichever government is in power by then) will have learned the lessons of the past decade and a half’s worth of embarrassing failures in the Middle East, and prepared an appropriate post-conflict strategy to back up all that expensive firepower.

I can’t say I’m particularly confident. The shadows of Srebrenica, Basra, Afghanistan and now Libya are set to continue committing our military to poorly-planned, knee-jerk actions for some time to come.