In 2015 I wrote an article on an image of a Syrian child’s lifeless body being lifted out of the sea on a beach close to a Turkish resort. The photograph shocked people around the world at the time. It demonstrated the severity of the Syrian conflict, as the child in the photograph, and his family along with him, had been attempting to travel to Greece to seek refuge. September sees the anniversary of the photograph being taken, but how have our attitudes to photography and conflict changed in the past year?

When the image first went viral it honed in the importance of supporting Syrian refugees by demonstrating the extreme lengths parents were willing to make to keep their children safe. The boy in the photograph, identified as 3 year old Aylan Kurdi, gave a significant portion of the population a way of finally relating to the Syrian conflict. How so? Well whilst many will not understand what it may be like to live in a country in the midst of war, they will understand the feeling of being willing to do absolutely anything to keep their loved ones safe. 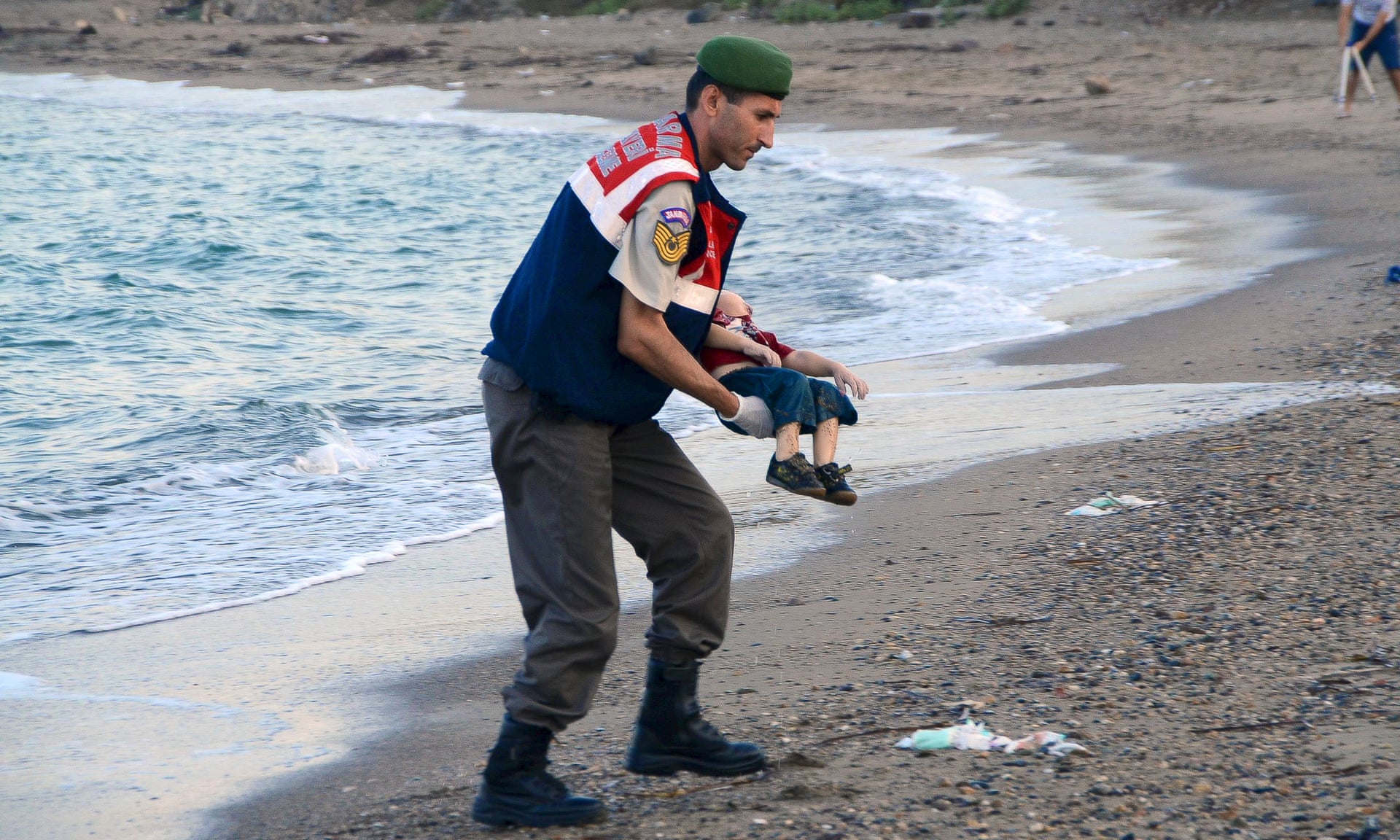 I would suggest that what is most discouraging about this image is that, a year on, the photograph itself doesn’t hold anywhere near as much significance as it did when it was first published. Obviously, media attention fades, but the power of ISIS and the desperation of people to escape their war torn countries has not. Living in an era so dominated by technology is beneficial — we have fast access to vitally important images and information such as the photograph of Kurdi, who’s 5 year old brother also died in his families attempt to seek refuge by sailing to Greece — but it also means we can swiftly become desensitised to information or images. This means they essentially become ‘old news’ very quickly.

Since the photograph was taken in September last year many similar images have been taken. In August a photograph of 5 year old Omran Daqneesh was published online, showing the Syrian child covered head to toe in thick black dust with his face covered in blood. The image makes the same statement as that of Kurdi — it draws the world’s attention to the Syrian conflict by installing empathy in the hearts of viewers, showing them how the Syrian conflict is affecting the youngest members of society. Yet if we’re going to be honest with ourselves, we must see how this isn’t making the tiniest bit of difference. We may be able to feel empathy as a result of the visual connections made between the image of these injured children and the conflict they are living amongst, but empathy is often as far as we can go. The arts are a powerful tool within society, one that’s value is often ignored, but there is only so much than can be delivered by a photograph. 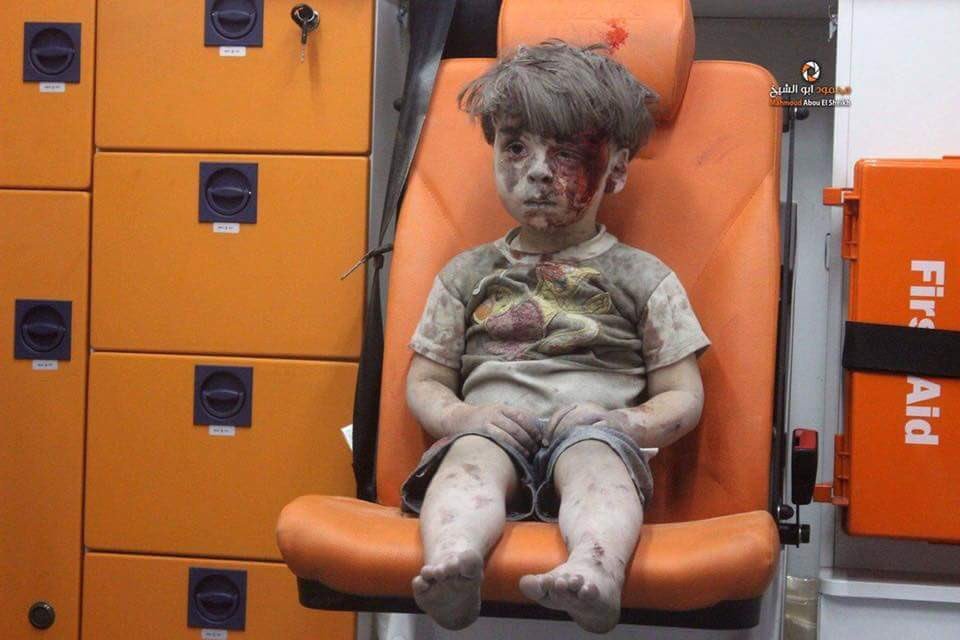 When I first sat down to write this piece, I had intended it to be an article on how social media allows us to become quickly desensitised to images of war and conflict simply due to how often we see them. I had expected my analysis to land on, what I naively thought I could describe as, a failure on behalf of a society who are no longer moved by an image for longer than a week and a half. Instead I have realised that this change doesn’t represent a failure, so much as an adaptation. Regardless of how we interact with these images, no one photograph is ever going to end any form of world conflict, no matter how much faith and value I may place in the visual arts.

Featured image: A Syrian Kurdish boy sits on a destroyed tank in the Syrian town of Kobane on March 27, 2015 © Yasin Akgul/AFP/Getty Images