Last weekend, the Green Party crowned its new leader, at its largest conference to date. The result came as no surprise to anybody – Caroline Lucas and her Co-Leader running mate Jonathan Bartley were elected with an overwhelming mandate, scooping up a phenomenal 86% of the vote. Given that the result was largely a foregone conclusion at the point that candidates were announced, and that the election would naturally get swallowed by the much larger, more adversarial battle in the Labour Party, this was a subdued, uninspiring election.

In spite of that, the Green Party and their leadership are unique, fascinating and impressive in a whole range of ways. Here are five of them.

1. They are the first parliamentary party in the UK to have job sharing leadership.

Jonathan Bartley and Caroline Lucas have become the first leaders of a major political party in the UK to be elected on a job share ticket. While other political parties have maintained the centuries old system of having a single, solitary leader where power and representation is concentrated, the Greens have bucked that trend and opted for a different model.

In truth, they’ve been doing this kind of things for years, and it’s hardly new. The Scottish Green Party have two ‘co-convenors’ and the Green Party of England and Wales used to have a leadership system based on having multiple ‘principal speakers’. That being said, as the Green Party continues to grow in size and influence, their commitment to a different model of leadership is something that is unique to them alone.

2. They were the first major UK political party to have one woman leader hand over to another.

Labour, the Liberal Democrats and UKIP all share one major thing in common. They’ve never, not even once, had a leader that wasn’t a man. Even the Conservatives have a better record in that regard, not only electing two women – Margaret Thatcher and Theresa May – as leader of their party, but also getting them both into Downing Street too. 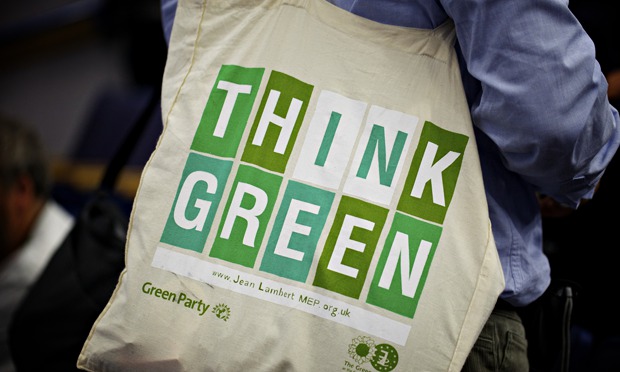 3. They were the first major UK political party to have a BAME leader or deputy leader.

In 2014 Shahrar Ali became one of the two Green Party Deputy Leaders. In the process, he became the first BAME person to hold a leadership or deputy leadership position in any major political party in the UK.

Obviously, the party still has a long way to go to take BAME representation seriously – in 2015, they fielded fewer BAME candidates than UKIP, but this was a major milestone for the party and for British politics more broadly.

4. They elected the youngest Deputy Leader of a major UK political party.

Amelia Womack was re-elected as Deputy Leader of the Green Party last week, having served the previous two years alongside Shahrar Ali. When she was first elected in 2014, at the age of 29, she was the youngest Deputy Leader of any UK parliamentary party.

In 2008, though, the former leader of the Green Party group on Norwich City Council was 26 years old when he became Deputy Leader, serving for four years under Caroline Lucas. Given this, its hardly surprising that the Young Greens – the youth wing of the party – makes up roughly a third of the party’s membership, or that 4 times as many 18-24 year olds voted for the party at the 2015 General Election than over 65s.

(Amelia Womack, current Deputy Leader (pictured with Puffles), was first elected at the age of 29 via adragonsbestfriend)

5. They are the only major political party in the UK that elects their leader for a term, rather than indefinitely.

Since May 2015, we’ve seen a grand total of 6 leadership elections in the major political parties across Britain. One Tory, two Labour, one UKIP, one Lib Dem and one Green. You’d be forgiven for thinking that British politics goes through cycles of leadership elections, bring fresh blood into politics on a regular basis.

In the Green Party, there is automatically a Leadership election every two years, irrespective of whether there is an incumbent who wishes to stand again or not. Unlike other parties which require a gaggle of disgruntled parliamentarians or cumbersome no-confidence processes to oust a leader and trigger an election, the Greens do things differently.