Ecstasy, or MDMA, has long been a popular student party drug. Despite being relatively safe for use, not many people understand the chemical change in the brain that comes with being high on MDMA, and the rise in students being medicated for anxiety and depression threatens to make a once rare overdose in to an all too common event.

MDMA works by increasing the levels of serotonin released in to your brain. Serotonin is often thought of as the “happiness neurotransmitter”, along with its friend dopamine, and results in the euphoric high which gives the drug its most common street name. MDMA is usually consumed in the form of a tablet or by snorting lines, and the effects last for up to six hours. Professor David Nutt, a distinguished expert, lost his job advising the UK government because he suggested that taking ecstasy was actually safer than horse riding. While deaths do happen because of MDMA, they are rare and the most common cause of death is dehydration.

While ecstasy has been a popular party drug for over two decades, increasingly students across the country are reporting a range of mental health issues and the most common medication used to treat these symptoms are a type of antidepressants- selective serotonin reuptake inhibitors. The how and why of the student mental health crisis deserves its own article, and is beyond my scope here, but me and my friends didn’t find out how dangerous mixing these two drugs was until third year- for many, potentially too late. 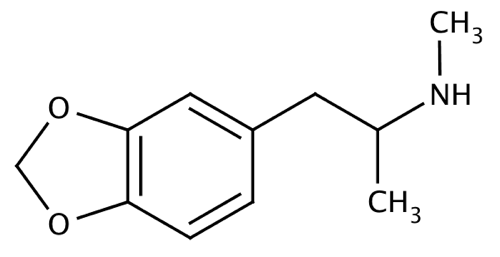 Serotonin syndrome is a drug interaction caused by a build-up of too much serotonin in your system, and in high doses serotonin actually becomes toxic. SSRIs reduce the amount of serotonin uptake in your brain so that there is more available for you, while MDMA works by releasing all of your serotonin in a sudden rush. The lack of serotonin available the next day characterises the MDMA comedown. To make things even more difficult, those on antidepressants might not feel the ecstasy high as strongly as they once did and be led to taking more, and the first symptoms of Serotonin syndrome look a lot like the desired effects of an MDMA high, such as enlarged pupils, hyperreflexia, mild hallucinations and disorientation. Left untreated however, the resulting symptoms include seizures, organ failure and death. Full details of symptoms can be found here.

Even if you manage to avoid serotonin toxicity altogether, playing with your neurotransmitters while taking SSRIs and similar drugs will play havoc with your mood and do your mental health problems no favours. Regular users of MDMA begin to find the high much harder to achieve, while the comedowns get worse and last longer. There is even some suggestion that too frequent use can cause irreparable brain damage. It’s so important for you and your friends safety that you research each new medication you take for possible interactions. Useful sites for checking interactions can be found here and here. People have also died from MDMA overdose, as it is a toxic substance, and more recently several people in Ipswich died as a result of taking MDMA pills cut with dangerous substances, so all the usual risks still apply.

Most online guides recommend at least 3 months between each use, and you will find a list of guides to safe consumption below. Stay safe, stay cool, stay hydrated. That’s all from me, kids.