We have now entered the world of post-truth politics where satire has died because reality is beyond farcical. Remember a while back when that cabinet minister half-arsed her job? Instead of spending taxpayers’ money on something worthwhile she rolled out some vans with ‘go home‘ billboards, in a completely misguided attempt to get ‘illegal’ immigrants to leave. She then quickly had to reel them back in after realising it actually looked a little xenophobic (and also because it was the stupidest idea ever).

Despite this and numerous other examples of May’s sheer incompetence in government, she assumed the role of Prime Minister on a technicality and the ineptitude of her opponents. I suppose I am thankful she got the job rather than them (but only in the sense I’d be thankful if I’d lost only all my extremities to frostbite instead of succumbing to hypothermia). Despite this and her complete lack of a vision for the future of Britain, other than the fact that “Brexit means Brexit”, and given her party has absolutely no mandate to carry out anything at this point, the Conservatives still sit 16 points ahead of Labour in the polls. That is a terrifying reality.

For the most part, this is not Jeremy Corbyn’s fault. There are a complicated myriad of factors underpinning this absurd statistic. For one, the Conservatives, despite being ineffectual in creating any meaningful change, are wily little shits with no sense of honour, who get away with just about anything through shamelessly cosying up to the Murdoch media empire. Unless we want to return to the Blair days, that part of the equation is largely out of our control. But certain influential members of the parliamentary Labour party (PLP) share a huge portion of the blame, having undermined Corbyn ever since he was elected.

Now I didn’t vote for Corbyn last time, not because I disagreed with his principles but because I felt he was unwilling to unite the party (in reality I would have been far more upset if Liz Kendall had won the leadership election). In any case, I accepted the result without much fuss, especially since he now had one of those important things, you know that thing Theresa May doesn’t have? What’s it called? Oh yes! A huge fuck-off democratic mandate. One delivered to him, not by a gang of scary infiltrators and saboteurs, but rational-minded politically engaged individuals who are sympathetic to the plight of the disadvantaged (those people our party supposedly represent). But some of the PLP reacted a little weirdly to his election, well that would be putting it lightly, perhaps hysterically would be a better term for it. 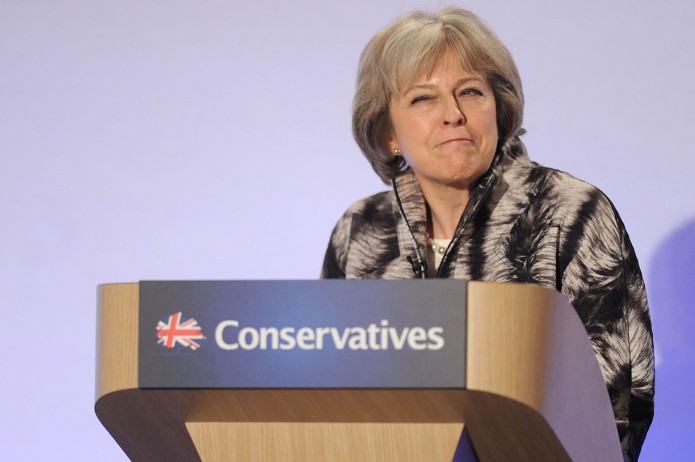 Instead of defending the innocuous actions of their leader, blown outrageously out of proportion by the right-wing media, they jumped on the band wagon and left-leaning papers such as the Independent and Guardian joined in too. In fact, I’m sure if they’d apply the language and carefully crafted witticism they use to berate Corbyn on a daily basis, against the Tories, you’d have yourself an effective opposition right there.

What’s worse is that they downplayed Corbyn’s hard won victories, such as the U-turns on tax credits and turning all state schools into academies. Worse still, post-referendum, instead of seizing on the opportunity to exploit divisions within the Conservatives, they decided to exploit divisions within their own party and staged a bloody coup! And they wonder where people get the impression from that the Labour party is incompetent.

Then came the NEC’s crack down on the party grassroots, barring members who joined after January 2016 from voting, and suspending all constituency Labour party meetings.

Last week, after having had enough of this ludicrous and paranoid behaviour, I decided I was going to vote for Corbyn.

Now this is where it gets hairy for me, I realised my support of Corbyn was more of a protest vote against the actions of the Labour elite, rather than innate belief in his leadership. I then read Owen Jones’ now viral blog post entitled “Questions all Jeremy Corbyn supporters need to answer” and certain things started to make sense. In particular, the string of articles I’d read from former shadow cabinet members who talk about how frustrated they were with Corbyn’s style of leadership (I was quite happy up until this point to brush them under the “lies of the PLP” carpet, but I now realise that’s a little unfair). And whilst we can blame the PLP and media spin on a lot of Corbyn’s negative press, you have to admit, Corbyn could have done more to help—all points incisively argued by Elliot Folan in the Radical last week.

What is clear is that there does need be a concerted effort on the Corbyn campaign’s behalf to provide solid answers to Jones’ questions. The only responses I have seen so far tend to be more about poking holes in Jones’ argument and questioning his motives.

Now we can all agree that Owen Smith’s 20-point manifesto was essentially a polished version of Corbyn’s core ideas, but that slight difference bridged the gap between idealistic visions and effectively communicated policies. And Smith’s call for a new industrial revolution is, in my view, the most positive vision put forward in the debate thus far.

That being said, I really can’t really bring myself to throw my puny weight behind Smith. Whilst I don’t at all believe he was part of the Labour coup (and it is unhelpful to suggest he was), I don’t think his work at the lobbying company Pfizer can be ignored, as he was directly involved in their push for NHS privatisation. And, as much as I think Corbyn needs to be more media savvy, Smith hasn’t exactly proven that he can handle that task either.

The fact is, the Labour party does need Corbyn. In June, it became clear that the business-as-usual political model is now well and truly dead and I really doubt all those who voted against the establishment would prefer the slick city lobbyist over the grassroots rebel. And if we’re being honest, Corbyn’s rather nuanced position on the EU was probably more in tune with how a lot of voters felt than the aggressively pro-business position of the remain camp. Whereas Smith’s suggestion not to put forward any Brexit vision, rather to fight to stay in the union, is a nice thought but a bit moot and would wholly undermine the wishes of potential Labour voters in disenfranchised communities.

To then translate Corbyn’s movement into governance requires more than honest politics and mass demos. It needs to be carefully steered, to pierce through the barrage of right-wing and champagne socialist press. It requires solid leadership and has to provide a robust and positive left-wing alternative. Whether or not Corbyn can come out of his comfort zone and deliver on this is difficult to tell.

As it stands, each candidate in isolation cannot provide an effective Labour opposition but between them they have the perfect recipe for success. Corbyn is the only person who can reach out to the long neglected working class communities, but he must pay due attention to Jones’ criticisms and adopt Smith’s fleshed out policy points. Only then can the Labour party deliver a general election victory for progressive politics, one that Britain desperately needs.