Something somewhat unprecedented is happening. The media is paying attention to the internal workings of the Green Party. Since Natalie Bennett announced her intentions not to stand for re-election as the party’s leader, speculation has begun to bubble around the online media about who her replacement might be. Early predictions from pundits included the party’s 2016 London Mayoral Candidate Sian Berry, former European Parliamentary candidate Rupert Read and Member of the House of Lords Jenny Jones have each ruled themselves out of the race (Sian Berry was technically ineligible to stand in the first place).

Almost immediately, Ladbrokes opened a market on the race, initially comprising the obvious frontrunners, before eventually taking random, and sometimes outrageously comical suggestions of potential candidates from Twitter. Unsurprisingly, then, little light has been shed on the realistic contenders, the notable exception being The Guardian’s quote heavy coverage, and Josiah Mortimer’s round up in Open Democracy. We have a long way to go from now until the end of the election in September, and much could change between now and then, but here is some mostly unfounded speculation on who the big contenders could be.

Realistically, it was inevitable that Caroline Lucas’s name would be on this list. For the first couple of years of her leadership Natalie Bennett struggled to emerge out of the shadow of the Greens’ only MP, who had preceded her in the position and helped to establish the party as a credible electoral force, not only by securing their first parliamentary seat, but also in her competence as a media performer, and her ability to effectively tie together policy positions on both environmental justice.

As of yet, she has been silent on the question of whether or not she intends to stand in the election, and the prospect has divided opinion in the membership, including among the most prominent representatives.

When Lucas herself stood down from the Leadership in 2012, her rationale was to increase the profile of other talented members of the party. Undoubtedly, that has been achieved, as Bennett’s name recognition now almost outstrips her own. The question, then, is whether or not she still fears the Greens slipping into being a one person show, or if there are now numerous members with a high enough profile to alleviate that.

Should Caroline Lucas stand, it is difficult to see how anyone without a highly organised, big name backed campaign could defeat her. If she enters the race, it is almost a foregone conclusion that the next Green Party will once again be Caroline Lucas.

One of the two current Deputy Leaders, Amelia Womack has been the more effective of the pair at building a name for herself outside of the party, in wider social movements and in the media. Since she won the Deputy Leader election two years ago, she has become a slicker and more effective communicator, as well as becoming more and more recognised across the left, having spoken at student demonstrations, rallies, and public meetings across the country.

Her profile has been boosted yet further by her position as one of the party’s target candidates in the Welsh Assembly election in May, which brought strong media performances on the Sunday Politics Wales among others. Unfortunately, that campaign may prove to be as much of a help as a hindrance as disappointing results in Wales might hamper her momentum to move up the party’s ranks.

As of yet, Womack has refused to rule out standing in the election, except in the event that Caroline Lucas were to stand, a sentiment which is perhaps indicative of other contenders.

Bartley is known primarily for his work as a commentator on religion and ethics, having made numerous appearances in televised discussions including on The Big Questions and The Moral Maze in addition to his directorship of the Christian think tank Ekklesia. Coming a distant second in the internal selection for the Green Party’s London Mayoral candidate, he begun to develop a degree of recognition within the party.

The Guardian are currently talking up his plans to run, currently suggesting he will run as part of a job share with barrister and broadcaster Jennifer Nadel. At this stage, due to no announcements having yet been made, it is unclear as to whether those suggestions are speculation or have stemmed from a briefing. If true, he/they will face an uphill struggle against a figure who is more established and embedded within the party’s structures, but his articulateness and competence mean that he would be in with a shot in a race with prominent figures, and a force to be reckoned with in an election of newcomers.

Despite there being no radio silence from potential candidates as of yet aside from those who have ruled themselves out, Shahrar Ali has come the closest to all but announcing his intentions. Quoted in The Guardian when asked if he would stand as saying ‘maybe’, he went on to tweet that the party is ready for its first BME leader. Should Ali stand, and should he go on to win, he would become not only the first BME Green Party leader, but also the first BME leader of any major political party in the UK.

Clearly well liked within the party,having won his position as Deputy Leader in 2014 by defeating the incumbent Will Duckworth and several other prominent candidates, Ali starts from a strong footing in the ensuing election. Open Democracy’s coverage has suggested that he is already assembling a team of supporters and that an announcement could be imminent. Without any other high profile candidate in the race, Ali would be the clear favourite. 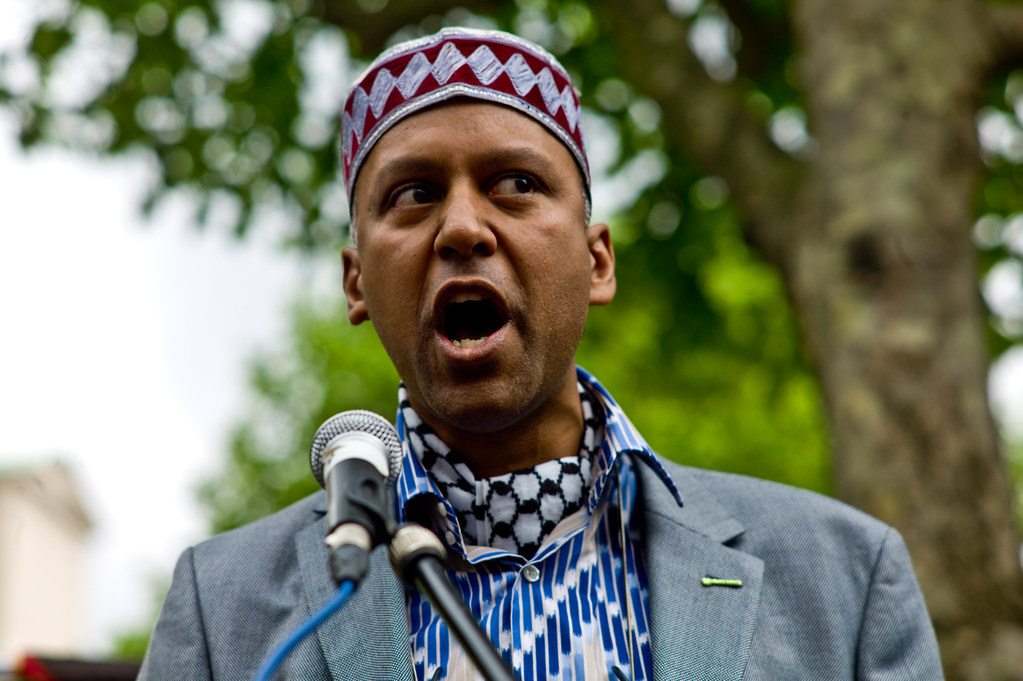 Many suspected that Rupert Read would be the preferred candidate of the ‘centrist’ or ‘right’ of the party, particularly given his heavily publicised article in The Ecologist — which argued that with Corbyn’s Leadership of the Labour Party, the party should move back to its environmentalist roots and was seen by some as a leadership launch. In light of Read ruling himself out, eyes have begun to turn towards Andrew Cooper, a councillor in Kirklees, who is seen as being on the centre of the party. For a number of years, Cooper has been a prominent voice on key debates at party conference, and is seen as being a competent local party activist and an effective councillor.

A Cooper candidacy is hard to judge at this stage, due to the changing nature of the party. Whereas once a contender with a high profile on conference floor could expect to rely on a fair chunk of the vote, the membership, and crucially the membership that will turn out to vote, is much broader now than simply those who are able to attend national events on a regular basis.

Previously viewed as the standard bearer of the left-wing, ecosocialist faction within the Green Party, Derek Wall has run in his fair share of elections. A previous principal speaker for the party and current International Co-Ordinator, he last stood in a major internal election in 2010, when he unsuccessfully ran against incumbent Adrian Ramsay for Deputy Leader.

At present, Wall has stated that he has no intention to stand in the election, and has seemingly endorsed an Amelia Womack candidacy, but has also said that he would be willing to change his plans.

Currently one of the Greens’ three MEPs, Molly Scott Cato has been a prominent figure within the party for some time, having written extensively on Green economics and sitting as a councillor in Stroud prior to her election to the European Parliament. The newest of the European Parliament group, she is the most likely of the three to stand, and her position as an MEP gives her a strong starting point.

According to The Guardian, she has been put off by standing due to the intense scrutiny that party leaders face, directly citing the media coverage garnered by Natalie Bennett, suggesting a candidacy is unlikely.

As the candidate who came a convincing, if not close, second place to Natalie Bennett in the 2012 leadership election, small murmurs have emerged that Peter Cranie could give the job another shot. A trade union activist, seen as being on the soft left of the party, a Cranie leadership would likely see the party staying or moving to the left.

Cranie’s biggest problem is that his profile is smaller than it was when he last stood, a fact only made worse by the vastly increased size of the party. With a strong campaign though, it’s not outside the realms of possibility that he could be a tough contender this time around again. 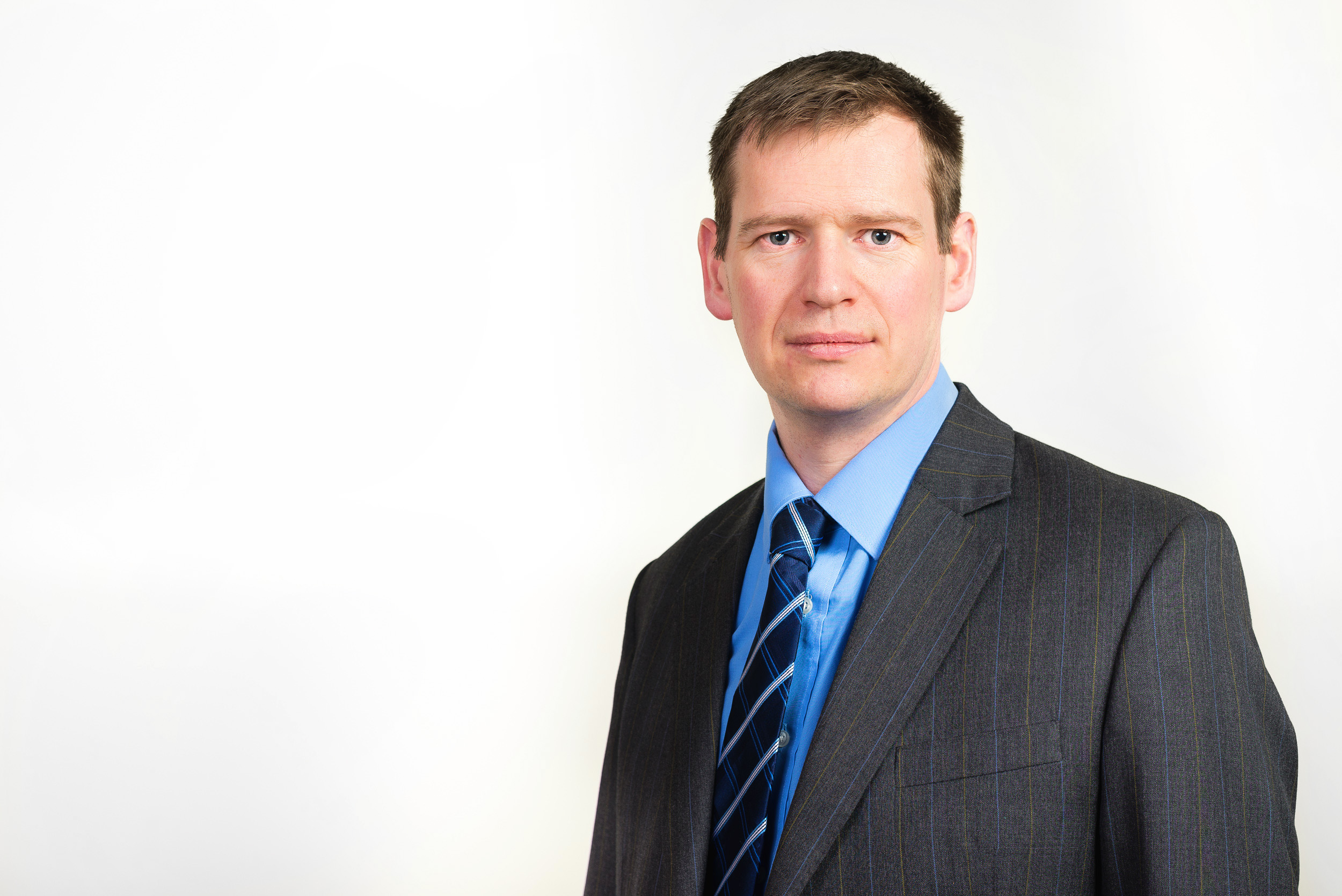 Caroline Russell is well known and respected within the London Green Party, which now makes up roughly a sixth of the party’s membership, which automatically puts her in good stead, should she decide to stand. Recently elected as one of the two Green London Assembly Members alongside Sian Berry and the party’s current transport spokesperson, she is well respected amongst much of the more avid membership.

Media savvy Darren Hall was the Greens’ second big hope in last year’s General Election, coming a close second in Bristol West. He is widely seen as being on the right of the party and since the election, his popularity has waned, but his New Labour-esque polished style could see him closing in on competitors in the election. He has given no indication that he intends to stand, and his candidacy is extremely unlikely, but should it occur, it would add a different element to the debate.

Whoever the next green party leader is, they will face an uphill struggle to define the party in the eyes of the public. There is an ongoing and unfinished debate within the party on the direction they should take. Should they move back to environmentalist roots, or should they instead continue to push issues if social justice to the fore? Arguments for either side are partly ideological, and partly a response to the question of how to act in a world where Jeremy Corbyn, possibly Labour’s most left wing leader in its history has the potential to snap up their voters.

Not only that, but the second biggest task is to galvanise the enlarges membership into an activist core who can pound the streets and drag voters into the polling booth. Whichever candidate has the most convincing and water tight argument to these questions is likely to be the next leader. Watch this space.