Today, the Higher Education White Paper was published, with its proposals for entrenched market forces in Univerisites and further increased tuition fees. The media narrative beforehand, though, was not of the hard work NUS  have put into fighting this, but instead on disgruntled Students’ Unions looking to sever their ties from their national union. In one week, two universities have disaffiliated from NUS. The 9th of May saw Lincoln SU vote in a referendum to disaffiliate, and on the 12th, Newcastle followed suit. With more referendums to come, most notably at Oxford and Cambridge, it is highly likely that we will see more disaffiliations. Now more than ever, we must recognise the growing disillusionment with NUS that has been gaining momentum at an alarming rate all year.

In ever greater numbers, students are losing sight of the relevance of NUS to their lives. For many, NUS is little more than a discount card, and for others, perhaps more worryingly, it is seen as an authoritarian body representing bureaucracy and an attack on student autonomy. Over the last year, we have seen a startling rise in dissatisfaction from students towards NUS, and towards their own students’ unions. Regrettably, the majority of devoted NUS defenders are often reluctant to allow the discussion around disaffiliations to be conflated with the more sensational talking points that seem to dominate students’ debates on this issue. It is a waste of time to deny that clickbait issues like no-platforming, safe spaces, and cultural appropriation are irrelevant to NUS. The associations have been made, the narrative spun, and now the far more interesting conversation to be had is over who fuels this narrative, why it rings true for so many students, and who really benefits from NUS disaffiliations.

the outrage over ‘scandals’ like Sombrero-gate, though unfounded, has demonstrated the prevalence of the idea that when the student left organises it becomes absurdly militant
in its attempt to avoid offence.

Whether we like it or not, these looming referenda mark a crisis point of scandals over the last year that have culminated in a vocal resentment of NUS, an organisation seen by many as a symbol of the so-called ‘oppressing’ of free speech on campuses and as a hotbed of oversensitive liberalism. At UEA, the outrage over ‘scandals’ like Sombrero-gate, though unfounded, has demonstrated the prevalence of the idea that when the student left organises it becomes absurdly militant in its attempt to avoid offence. It is not a coincidence that this notion has become even more popularised since NUS’ election of a president who is unashamedly of the left left. Even nationally, the debate around no platform and safe spaces represents a fear that radical thought will be pushed out of universities by political student bodies like NUS. At first it seems as though students are, for some reason, intensely fearful of a powerful, progressive NUS. However, when we look at the sources of the accusations, it becomes clear that these sensationalist attacks come almost entirely from right-wing, regressive tabloids, and are forced upon students as though these beliefs are widely held on all campuses. 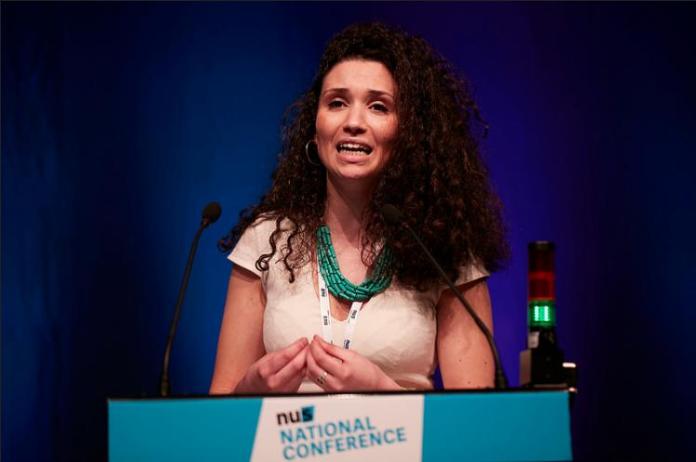 Over the last year, students have shown a renewed appetite for liberation. NUS has responded by shifting to the left, and as a result we have been marked out once again as a political threat. The public attacks from the media on NUS and the student movement can easily be seen as a reaction to the willingness of students to call out oppression nationally and on their own campuses. When students call out transphobia, they are branded ‘sanctimonious’ and ‘pampered.’ When NUS elects a president to fight to put liberation at the heart of our campaigns, The Daily Mail portrays her as an ‘advocate for terrorist violence’. It is far easier to attempt to dismiss or discredit the actions of students at the cutting edge of progressive politics, than it is to defend against a united student movement. The narrative has been written against NUS in an attempt to divide us, but we cannot let scathing, slanderous articles from The Daily Mail, The Sun, or even The Tab tell us what to think.

If more unions vote to disaffiliate, students will remain under attack, and the only difference is that they will have to face it alone. NUS is not an oppressive force, it is a vehicle for representation, and disaffiliation means opting out of that.  The Tories are united in their attacks on Universities and on students, and so we must be united in our fightback. We are stronger together, and we are stronger in NUS.