Let’s get to the point: how is it that the same species that can build spaceships and write masterpieces such as Hamilton came up with the phrase “the right to mate?” And why is it still in common use?

it’s time we talked about how we talk about sex.

When it comes to sex, consent is the hottest topic of the last couple of years. The fury around Blurred Lines, the mess made by our own Norfolk police thanks to their victim-blaming rape prevention campaign, the eight-month crusade for justice carried out by Columbia student Kerry Sulkowicz as she hauled a mattress around campus with her to try and get her rapist expelled – these are just of the few of the ways in which sexual violence has been splashed across our screens and newspapers.

In a climate where we hear about rape what feels like every day, it seems utterly bizarre that we still talk about sex using some seriously loaded language. Hit on, pick up – you might think they’re what I’m steering towards, but while they have their obvious problems I’d say that they’re pretty distanced from their literal meanings. Just thought I’d clear that up before you start waving your anti-SJW pitchforks at me.

The phrase that I’m really getting at has been part of our culture for decades. It’s in our textbooks and our documentaries. It might only be four words long but its implications are many and entirely unpleasant. The right to mate. It’s the go-to term for discussing sex in the animal kingdom, and it’s been regurgitated by generations of television presenters with very little thought to whether our language should be growing along with our understanding of the natural world.

‘The right to mate’, most simply put, is when a male animal fights other male animals, and then when he beats them he supposedly ‘wins’ the surrounding female animals. Because, let’s be real, it’s not about winning sex. It’s about winning ownership. The right to is one of those familiar prefix phrases that crops up all over the place, and it typically means that you innately own or deserve something. It’s 2016, people. I should hope we all know that it’s wrong to phrase sex in terms of ownership by this point. It might be to do with animals rather than humans, but when sexual violation is such a hot topic it feels incredibly inappropriate that it’s still in use in the nature documentaries watched by millions of children worldwide.

The right to mate is a crash course in demonstrating the importance of thinking about language and how it can shape the way we view sex. Just four words – that’s all it takes to turn female animals into objects that exist to be fought over and physically possessed by their male counterparts – meanwhile also entirely disregarding homosexual behaviour while we’re at it. The right to mate transforms female animals into spectators and puts the aggressive, violent, sexual male in the role of protagonist. It’s a caricature of historic and no longer acceptable gender roles, and the fact that it’s lingered on into the present day is something that should be considered embarrassing. 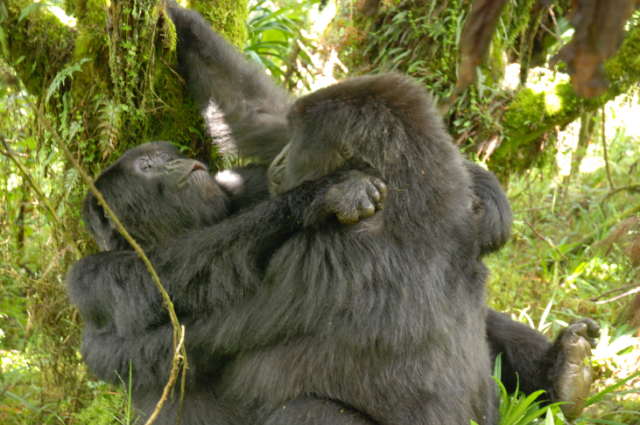 The most frustrating thing about ‘the right to mate’ is that it’s so easily updated. Try this instead: “The males fight. The victorious male has impressed the females, so they mate.” Just swapping it for ‘impressed’ shifts the balance of power and gives the females at least a little initiative. All this fuss about just a handful of words might seem like a lot, but words have power.

Language can implicate no end of meanings into a situation. Words can change minds, alter perceptions, distort reality. They can also be used to subtly shape a better world, and I think it’s time we stopped underestimating the impact of throwaway phrases like the right to mate on how we view sex. I challenge the documentary makers and textbook writers of the future to recognise the full potential of words – and choose them more carefully.

One thought on “THE RIGHT TO HATE: SEX, SCIENCE, AND THE ANIMAL KINGDOM”

Did you miss our application deadline? Never fear! We are open year-round for pieces that can show important stories in a radical new light, or bring issues marginalised by mainstream media to the fore.
New artwork! By our new in-house artist @rebel_politik. In solidarity with #IndianFarmers ✊🏽✊🏼✊🏿🌾
⚠️ We’re looking for new regular contributors to join The Norwich Radical team in all five of our sections: Perspectives, Inter|National, Arts, Student and Community. ⚠️
What he said ^
Loading Comments...
Comment
×
%d bloggers like this: