Like many other young, lefty Welsh voters in the recent assembly elections I became completely fed up with Welsh Labour and Carwyn Jones. With rising austerity in Wales, I longed for a much more aggressively socialist program for my nation. In that desire was born my support for Plaid Cymru. I became smitten with their commitment to socialism and environmentalism. I also support Welsh independence as a long-term goal, and of course who can deny Leanne Wood’s enthusiasm and charisma? On the flip-side of Wood’s charm was Jones’ arrogance in thinking he was undefeatable and his implicit support of UK state hegemony.

Now fair play to Welsh Labour, they have traditionally been much more progressive than their English counterparts. But Leanne Wood’s radicalism and anti-centralist stance made Carwyn Jones unpalatable, his underlying ideologies against Welsh nationalism wasn’t something I could vote for. From the steel crisis to the increasing disparity of wealth in Wales, like so many other young voters I was fed up with the Carwyn Jones administration. 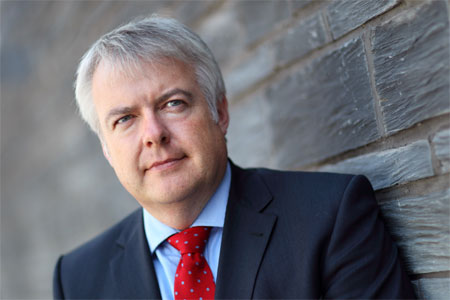 Following the results of the assembly election I was thrilled to see Plaid as now the second biggest party in Wales, and ecstatic that Leanne Wood won an amazing victory over Labour AM in the Rhondda. Disappointed as I was to see how many seats UKIP gained (7), I was optimistic about a possible coalition being offered to Plaid by Jones. Then the Senedd vote for First Minister of Wales happened. The vote was tied at 29-29 between Jones and Wood, with Plaid receiving the support of UKIP and the Welsh Conservatives. The party that had so vehemently opposed a deal with the right in any capacity now relied on their support. Whether Plaid Cymru participated in backdoor politics or not, as a party with only 12 out of 60 seats it would have had to negotiate extensively with the right to get anything passed.

I watched as the party I came to love embarrassed themselves on a magnificent scale in a public display of opportunism. Accusations against Leanne Wood came flying in on every social media platform, with Twitter users being her harshest critics, branding her a traitor to the Welsh people. I couldn’t help but agree with them, I was hurt, confused, and just so shocked at what I had just witnessed. I became forced to confront my loyalty to a party I saw as radically progressive for my homeland – a homeland that I am not living in because of my studies, the election took on a massive personal importance to me, I wanted to return to a better, more equal and more just Wales for myself and my family still there.

So I sat undecided between viewing Plaid Cymru’s actions as a grievous political faux pas or indicative of a party which privileges power over people. Ultimately, I have had to come to a conclusion I am wholly uncomfortable with: to back Carwyn Jones as First Minister. Whether Plaid Cymru participated in backdoor politics or not, the support of UKIP and Welsh Conservatives is a price that is much too high to pay. The actions of Plaid in galvanizing support from the right in their zealous attempt to overthrow Labour at any cost have left my lefty-leaning heart in a pretty bad shape.

Plaid Cymru gave me the ability to imagine the possibility of a different Wales.

As a first-time voter in the Welsh assembly elections, the experience has been an incredibly painful slap in the face to my naivety. For the first time I fully saw the realities about voting for smaller political parties. I voted Plaid and (most likely) will get Labour. Plaid Cymru gave me the ability to imagine the possibility of a different Wales. Now I don’t know where to go from here. At the time of writing, negotiations between Plaid and Welsh Labour are taking place, but I’m left hoping that a party I don’t support runs my nation.

2 thoughts on “SOCIALISM IN THE SENEDD? – THE WALES THAT COULD HAVE BEEN”