Italy. Land of saints, poets, and sailors, but also of pizza, mafia, and mandolins. Italy. One of the most beautifully perceived countries in the world, but also one of the most corrupt, even according to its own population. Italy. The country that somehow voted for Silvio Berlusconi more than once since 1992. The country that for some reason hosts the Vatican since 1929. My country of birth, and the country I have moved back to after eight years in the UK.

Italy still confuses the *insert passionate hand gesture here* out of me.

Why, you might ask? Berlusconi has gone (barely, and it’s his legacy that weighs hard on the country), we somehow survived the crisis (only just, and not happily), the food/weather/arts/culture/language is great/sexy/beautiful (delete as appropriate, but I will counteract anyway). What is so confusing about a country like Italy?

Well, to start with…

We all know Italian food – in its multiple incarnations and manifestations, drawing its power from the wonder-plan that is the Mediterranean diet –  is excellent, right? Who doesn’t love pasta, or pizza, or cornetto, gelato, cappuccino, pandoro, caponata, parmigiana, lasagne… you get the drift. There is plenty of good food out here, and its caters to almost everyone: celiacs are well-looked after, incredibly so; lactose intolerance is understood; even vegetarians (6% of Italians) are suitably accepted (not without regular snide comments, as I’ve discovered). 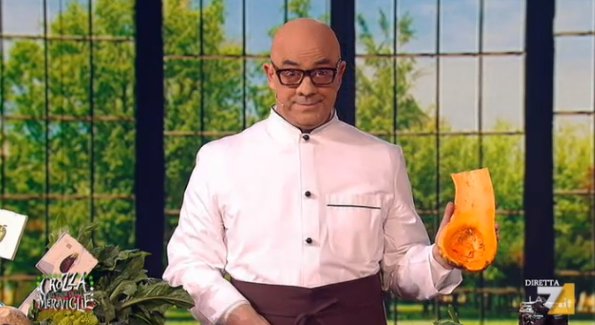 And then there’s vegans (3%). Sorry, ‘nazivegans’ or ‘green fascists’, as they’re apparently known here (note: I do not condone the use of the terms, simply reporting them). There are whole radio and TV programmes mocking vegans; there are, conversely, extremely violent vegan and animal rights demonstrations – along with swathes of hypocrisy from both sides, given some of the figureheads. Plus actual, passionate, hatred from both, too.

Here’s the thing: Italy, according to its constitution (Article 7), is a laic state. What does that mean? It recognises no religious belief as its own, nor does it recognise the power of religious institutions over the running of the country. What it does recognise, as I pointed out above, is the existence and presence of the Vatican and the Catholic Church as its own entity –  with a small degree of power as stated in the Patti Lateranensi, agreed during Fascist rule and renewed multiple times since, by a number of governments. Heck, they even get tax exemption for buildings, and default tax donations (entirely voluntary, of course, but you need to explicitly state that you’d rather the money went elsewhere).

In fact, Italian religious devotion can sometimes be seen as superstition; there are sects, beliefs, rituals that are not that different to voudoun or witchcraft. The level of passion and zeal that a good portion of Italians devote, paradoxically passively, to their favourite football team.

It’s no surprise: Italy loves football. It really does. It’s one of the easiest sports for anyone to play in parks, yards, streets, on the beach, you don’t even need an actual ball to do so –  we used to make them out of parcel tape or rubber bands. But that still doesn’t fully explain the undying adoration dedicated to the sport played at a professional level.

Or the exploitation of that devotion. Thing is, Italy excels in a number of disciplines, from volley to swimming, from fencing to cycling. There have been redemption stories and drug scandals in walking just these past few days. We’re good enough in Europe to join the rugby Six Nations, and bad enough to never win. We’re seventh in the overall gold medals won at the Olympics. So why focus on football and football alone? Other than money, of course.

You think the NHS is in trouble (well, yes, it’s screwed), take a look at what Italy is going through with its health system. It takes over six months to get examinations, even for cancer diagnoses; or your doctor can simply point you towards the private clinic they happen to know about. Need that pesky heart fixed? Wait until it’s really late, or pay that little extra to get it fixed now. Big migrant community with very little Italian understanding? Open a private pharmacy-with-clinic in their area, and offer overpriced services. Win-win.

Because we all know health is mostly a state of mind, right? And what better for your mind than knowing that everyone sees you healthy, glowing, slim, ready for the beach… oh, yes, of course! In the name of public health, you must be ready for the ‘prova costume’ – the bikini/costume test –  even adverts on TV say so. You don’t want people thinking you’re sick right? Get rid of that pesky cellulite! How else can you take part in that nationally televised beauty contest? I know a guy in a place who knows people. You’ll do fine.

And mind you, here I don’t mean the art history infused, architecture fuelled, music laden brochures that invite so many of the major contributing aspects of the economy, through tourism, gastro-tourism, exploitation of tourists, and tourist-swindling. No, I mean the ingrained mindset, the certain attitudes that frequently pop-up around the country, the ‘oh we’ll figure it out’ said by lead engineers on hospital constructions, the more expensive labour if you ask for a receipt, the parking in the middle of the road ‘because I’m just gone for five minutes’, the overconfidence betraying the total lack of foundation in a field.

Then of course there’s the the casual sexism; the not-so-casual sexism; the hatred the North has for the South (flip the UK’s situation); the provincialism that everyone seems to have about their region, province, city, area, even block; the fear of change, as the clip from Il Gattopardo still encapsulates: ‘If we want everything to remain the same, everything needs to change’. Which leads me to…

Catho-communism. Catho-anything. The left idolising Putin. The right idolising Putin. The non-existent left. The dreadlocked activists. The vigilante groups. Nobody ever voting for Berlusconi. People who actually like Berlusconi. The overwhelming xenophobia. The South voting for the Northern League – our officially racist, secessionist party, yay. Organised crime controlling pretty much a little of everything. People against organised crime turning out to maybe not being that clean themselves. Its stance on LGBT+ rights. Its stance on feminism (see Zadie Smith’s excellent comments in Changing my Mind). The 10th anniversary of Gomorrah marking the beginning on season two of its TV adaptation. Just… Sigh.

So yes. As much as I want to agree with Eddie Izzard’s take on Italians being in love with football, and life, and being cool and hanging out – maybe it’s time we started doing shit, instead of not giving any?