From an idea by Jake Reynolds.

April 23rd will mark four hundred years since the death of William Shakespeare. I won’t patronise you by introducing him. I contacted ten people — some undergraduates, some Master’s students, some UEA alumni — and asked them who their favourite Shakespeare character is. Or, more specifically, which character had the most profound effect on them. The responses have been read in a variety of different and fascinating ways. Some ground the character in the text, while others branch across to discuss film portrayals, personal experience, and cultural commentaries. The characters you will see championed here over the next three weeks come from current and former students of literature, creative writing, American studies, film studies, scriptwriting and performance, politics and international relations, and more. What binds them is their passion — the Shakespearean character, whoever he, she, or they may be, still survives the death of their creator, alive and rattling in our minds as they did to Shakespeare’s contemporaries. 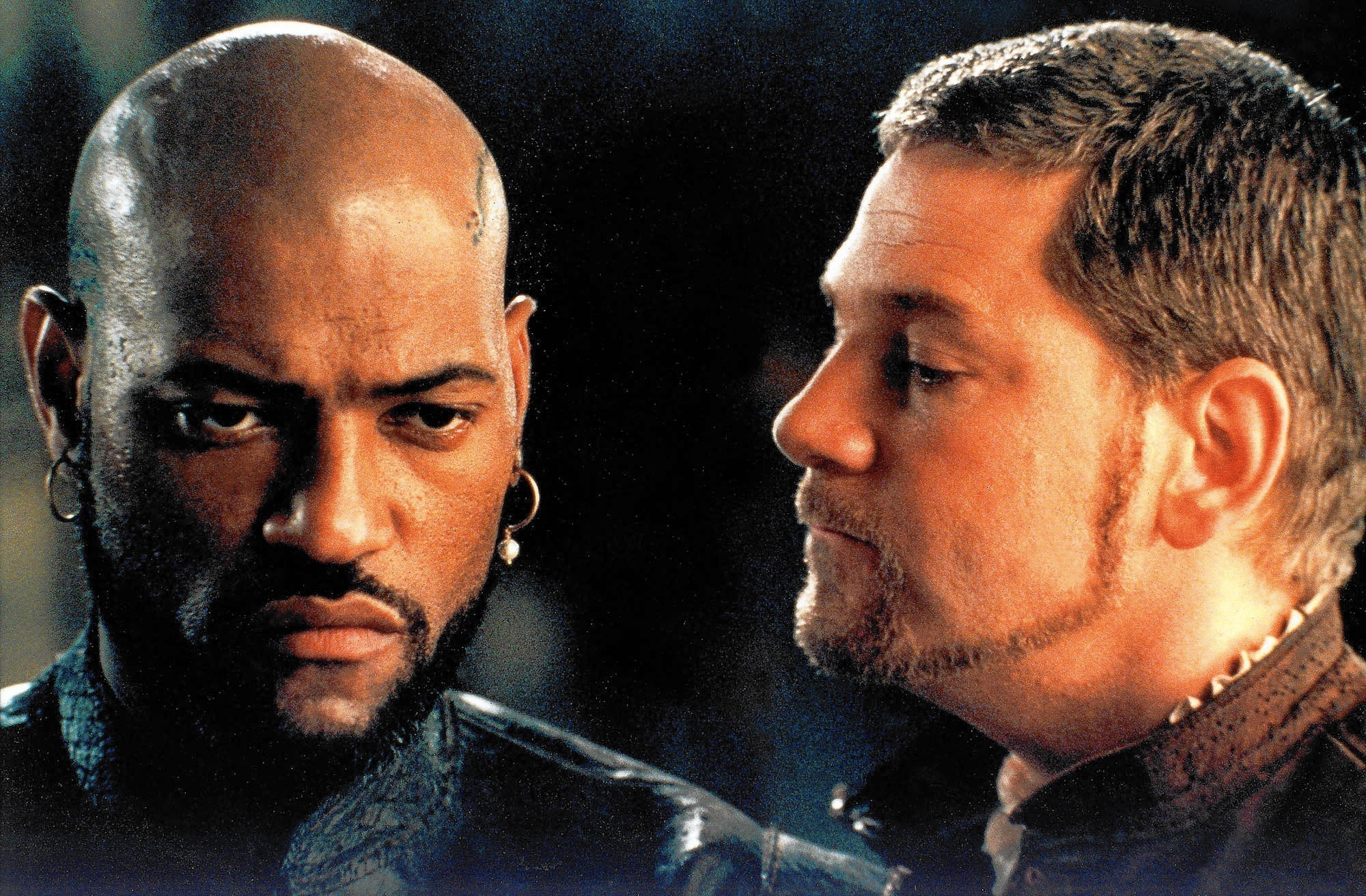 Iago, to me, is villainy incarnate. He is astute, powerful, and deliciously malign. His stretch of presence in Othello is unprecedented. Indeed, Iago dominates the speech in the play; Shakespeare affords the villain two hundred lines more than the Moor, who is the title character himself.

And yet in our honest Iago, I find something lacking. Something deficient. He causes the deaths of Othello, Desdemona, and even his own wife Emilia. Why? Modern criticism has often tried to uncover Iago’s motivations. Some of them go reasonably far in inspecting the possible reasons for his actions. Or apologising for them. Is it really that Iago, not Othello, is the jealous one? Or is Iago just a young general who is the pitiful plaything of circumstance, like Shylock in The Merchant of Venice? Those of us who tend toward more Freudian ideas might wonder if Iago is simply a depiction of Othello’s baser elements, driven by thunderous sexual jealousy.

Iago, then, is an intriguing character because he generates so many questions and yet offers so few answers. But he is also powerful. He wields something dangerously close to a kind of Nietzschean Will to Power, displaying an unshakeable urge to dominate through deception and manipulation. He resents his superior, Othello, who is also perceived by Iago to be his ethnic and regional other. And so Iago creates doubts, amplifies them, and orchestrates destruction: ‘the blackest sins put on, / they do suggest at first with heavenly show, / as I do now.’ It is hyperbolic to suggest that Iago is absolutely evil. Or of the devil’s party. But like the Miltonian Satan, he is compelling and enduring. He is seductive. And completely inscrutable.

At twelve-years old, I was Hamlet. There is no text, no character, that has had such a profound effect upon me. My mother’s efforts to stage Shakespeare’s plays in rural Pakistan, coaxing children — for whom English was their second, third, fourth language — to take to the stage, now seem remarkable. Yet my concerns extended as far as securing a lead role, which remained tauntingly elusive until, in Hamlet, I was cast as ‘the hero’.

I’d heard of Hamlet, but nothing prepared me for the full brunt of his enigma. The bombastic orchestral strains which usher in Laurence Olivier’s mist-shrouded Elsinore remain vivid to me; watching that adaptation for the first time, in preparation for the role, I felt genuine fear. Under Olivier’s direction, a sucking silence accompanies the apparition of Hamlet’s father. Its stillness frightened me, appearing in my dreams along with the crowing of a cock – an opening sequence foreshadowing what was to come. I could not get that film out of my mind.

And as I tried to commit the language to memory around taped-together lollypop-stick rapiers and paper mâché crowns, I felt increasingly ill at ease. Hamlet’s probing of his soul made the concept of self-destruction a sudden reality to me. But, despite the terror, there was a strange hope of peace. ‘To die, to sleep – no more…’ Over the years I’ve battled with clinical depression, and those words have stayed with me. But their truth works both ways; I linger in the discovered country.

Hamlet remains, in some ways, a horror. Perhaps there is too much truth. Regardless, the mental anguish on display is masterful in its portrayal of depression. It offers a glimpse of the broken mind. It has helped as much as it has scarred me. I do not yearn for a universe deprived of Hamlet. Such a thing would be far too empty.

Adam Dawson – Prospero from The Tempest

On the face of things, Prospero seems clearly and obviously to be pretty bad. He conjures a storm (or tempest, if you will) to wreck a passing ship. He freed a spirit from imprisonment in a tree just to make it do whatever he wants. When he arrives on an already-inhabited island, he uses his power to take control of it, essentially enslaving its native.

The ship was filled with men who betrayed him. The inhabitant tried to rape his daughter (which doesn’t invalidate the Prospero-as-coloniser reading of the play, but adds a layer of depth to it.) Prospero is confident in his reasoning – surely he’s allowed to enact justice on people who took his throne, then exiled him and his daughter? Surely he’s not expected to forgive his daughter’s attempted rapist?

Even that isn’t as clear cut as it seems. Prospero’s need to exert his power blinds him to the parallels between himself and his brother – that’s the brother who took his kingdom from him, like Prospero took the island from Caliban. When Prospero forgives the usurpers at the end of the play, breaking his magic staff too, it doesn’t make you go ‘aw, how nice.’ Does he actually forgive them, or is it all to show how much better he is than them? He’s punished and forgiven them – there’s no need to waste time thinking about them anymore.

Ultimately it’s Prospero’s inability to fit into one neat little box that makes him a stand out character in the entirety of Shakespeare’s works. He’s not a tragic hero, maybe not a hero, not exactly a villain. He’s a bit of it all, and reflects more than a bit about who people really can be.

From her mature insights concerning the irrelevance of a family name to the visceral intensity of her actions, Juliet as a character has fascinated artists for many years.

There have been forty-one direct adaptations of Romeo and Juliet and over a hundred reinterpretations across the world. What is about Juliet that makes her so endearing? Is she a vision of pure feminine beauty? Or is it because of her lyrical insights on the paradoxical nature of her love? I think it’s her fearless ability to seize the moment even if it means forsaking her life or potentially jeopardising her familial reputation. This attribute is so striking and empowering that it seems alarmingly ahead of its time.

It is interesting to note that when Romeo kisses Juliet, she doesn’t resist. This instantaneous attraction between the two seems more akin to twenty-first century lust than what one would consider love as typified at the time of writing. Juliet’s brazen and insightful approach to Romeo’s advances are especially evident when she asks him to not compare himself to the inconsistent moon.

Over the years, Juliet has become much more than the poster girl for forbidden love; her reincarnations draw attention to the latent complexity of her character. Personally, I’ve always thought that Romeo and Juliet was a horrible love story to emulate when one considers the tragic ending. Yet, regardless of this, her all-consuming love for Romeo is representative of our unseen longing for a love like hers – a love that goes beyond a lustful kiss. In Juliet we see a love that exists beyond the waning moon and the flashing lights of a club, a love which lasts until the light returns, if not forever.