As someone who prides themselves on coming from a Black, working class background, I can honestly say that my attitude towards wealth, especially inherited wealth is not as big a deal as many may think. I am fully aware that an institution such as university is a privilege, which in itself brings together people of different backgrounds and different experiences in their upbringing. That in part is what makes the experience of being a student all the more interesting — being invited into a world unbeknownst to you.

In that respect, university life is a microcosm of our society: people of differing economic status and political alliances co-existing (for the most part). As I said, my attitudes to wealth are largely unaffected, but I cannot deny that I have noticed that attitudes towards wealth from students who come from a ‘privileged’ background, often come with the feeling of shame.

Increasingly, I come into contact with students who have come from domestic environments where financial stability was not a main concern; yet, for whatever reason, downplay their experience of financial security. For many, it’s out of respect and irrelevance. Fair enough — but ignoring and sometimes pretending that you have not encountered financial privilege, surpasses the boundary of being kind to living a coveted experience of a history that does not belong to you. 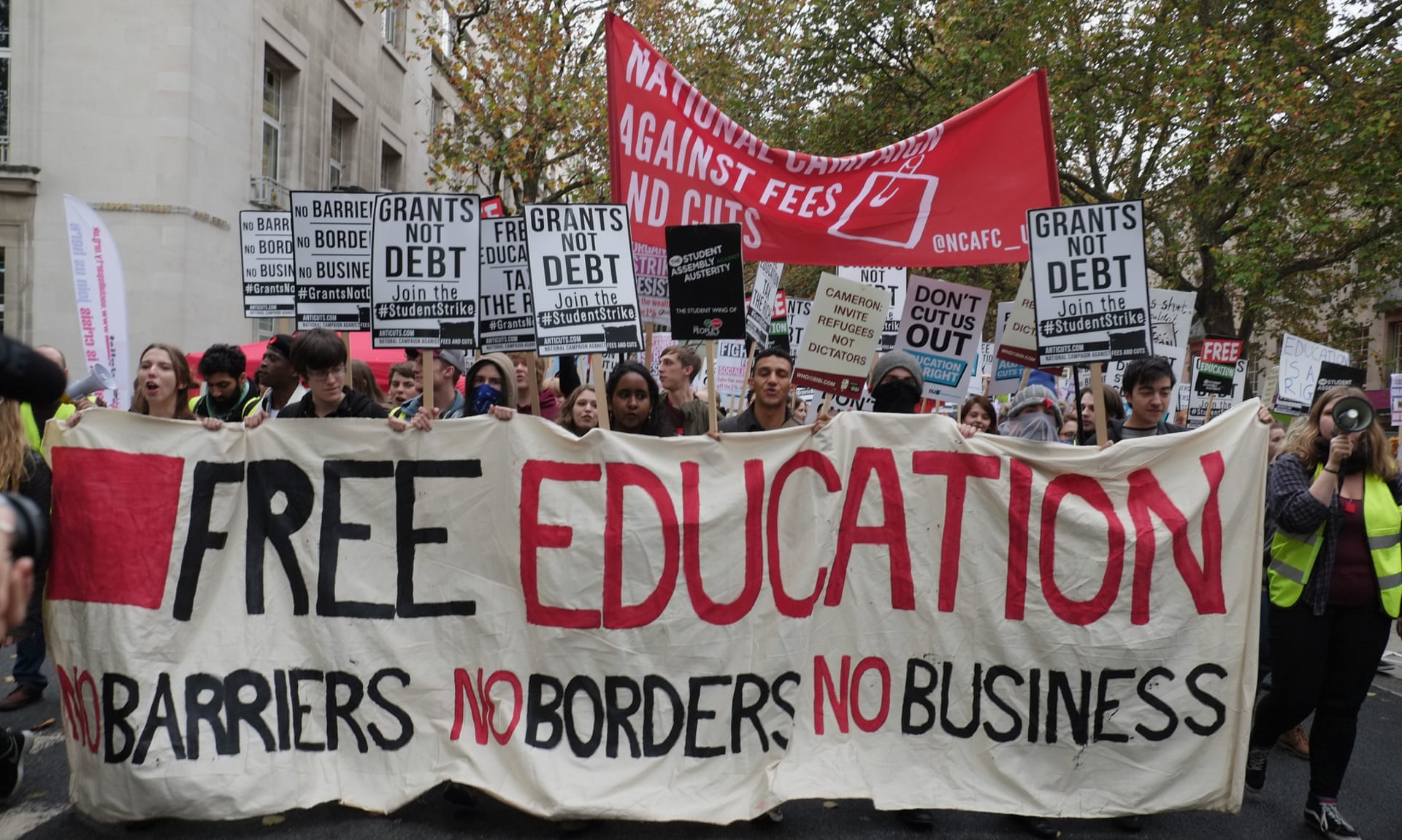 When the coalition government introduced the £9000 cap on tuition fees, for many prospective students this became a deterrent. Going to university was not simply about obtaining a qualification but unfortunately became a matter of meeting specific criteria that would allow you a grant or a scholarship to be financially sound whilst completing your studies. This can be a great help for many students, including myself, whose parents simply cannot budget in their child’s study. That being said, I should draw attention to the deeply flawed system of UK Student Fees and Loans. The student loan system is at best a buffer with many loopholes.

At the base rate, students receive roughly around £3000 pounds to last them an academic year, and depending on the income of your parents/carer/guardian, can increase. If you take into account that most guardians have a mortgage, other children and other financial priorities, £3000 is simply not enough. Increasing rent costs and food costs when you’re living on a budget does not match up to the loans received, as a result, the dreaded overdraft becomes a very real experience. The abuse of the system occurs for some students who come from families with separated or divorced parents and are claiming the loan off their lowest earning parent, whilst still being financially supported by both.

More students are seeking employment alongside their studies in a very small job market that looks to exploit their labour. Many students find themselves working 15+ hours weekly, whilst keeping up with studies, extracurricular activities and of course, personal and social time. Without sounding too anecdotal, my experience of working alongside my studies has often meant that I have missed out on social events, or even academic deadlines as my energy is spent between many different things. To be told that, ‘I don’t go out enough’ or ‘You’re always working’ is frankly insulting and demeaning when I have to make sure my financial priorities are in accord before I can take the liberty of spending. If you also take into account that I am a British citizen, one can only imagine the financial strain for a Non-EU citizen studying in England. 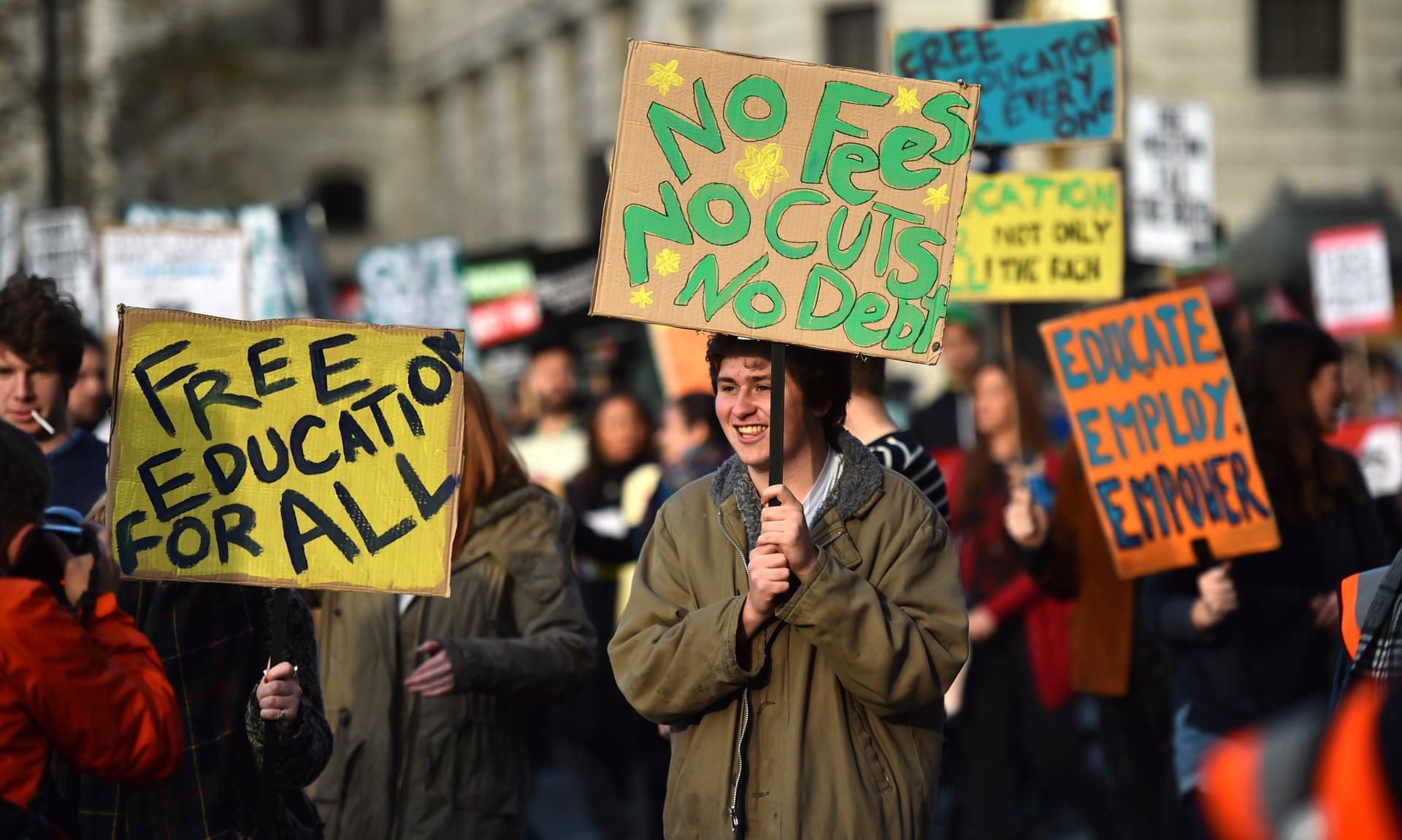 Let me be clear, my issue is not with the distribution of wealth (although that does come into play regarding my political beliefs at a later stage). For the moment, it’s the potentially ignorant attitudes of students who are comfortable with their financial situation but pretend that they are far removed from that experience. If you are fortunate enough to not need employment whilst studying, have your rent paid, and frequent clubs/gatherings, and travel — then let that be your experience! I am in no position to reprimand or discredit you for that; no one can determine their family’s financial situation.

To be told that, ‘I don’t go out enough’ or ‘You’re always working’ is frankly insulting

By that same token, do not pretend that your finances are in the same bracket as mine to placate me. If you need to access Student Hardship funds from your respective university because you’ve overspent on personal indulgences, then you must understand the slight offence taken. Adequate student financial resources are few and far between, so the flippant “I just borrowed some money off the uni” after having a direct deposit enter your account can be construed negatively. Of course, I have no way of knowing your actual lived financial experience, only you can — but you must stick true to it.

This article was in no way meant to target or attack specific people. I would hope it can be read as constructive criticism against a government system that has failed its students. I am more than comfortable in the knowledge that personal situations in academia differ — quite often it makes for great conversation and potential friendships. My underlying statement is: if you have the means to take care of yourself, then please, take care of yourself! If that means you can buy fresh caught salmon, whilst someone buys tinned tuna, then so be it. Romanticising financial instability for social acceptance it just as offensive as a Bullingdon Club member incinerating a £50 note in front a homeless person. (Or just about as surreal as having former Bullingdon Club members authorise how much our education should cost).