Deborah ‘Debris’ Stevenson is founder of The Mouthy Poets, based in Nottingham, who are a collective of 50 young poets. A poet herself, with a blurb of incredible achievements, I can’t help but envy her success as someone so near my age (she’s actually younger). Watching from the outside, I can see how much she has grafted to get where she is today, and her enthusiasm for what she does shines through at workshops, performance events, and is inside every well-chosen word on the pages of the Pigeon Party (2014) collection with flipped eye publishing.

Poems are enclosed in two-part poem After The Blackstone Rangers, which sets the scene for the collection. They describe a childhood growing up in cities, where “everyone was learning”, whether rolling cigarettes, or dancing. The words are both familiar and unexpected; a place where love and friendships are based on fun that is “still disposable and warm” — referring to the “can of Scrumpy Jacks”— but also holding a wider resonance, like most of Stevenson’s work.

a childhood growing up in cities, where “everyone was learning”, whether rolling cigarettes, or dancing.

It’s especially exciting, as a poet, to see a collection where poems are so perfectly placed, with the spitting of a bitten ear on one page, leading into the “spit in a watering can until it is full” in Counselling on the next — one of a few poems about family, leading on to the importance of ancestry. In Should You Raise Him in the ‘Hood’? she imagines having a son with “dreadlocks/the shade of wheat sheaves” — it’s a poem where she explores race and culture in regard to the protagonist’s Jamaican heritage, a culture with which Stevenson has an ambiguous relationship as someone who identifies as a white Italian, Jewish, ex-Mormon woman who has grown up with grime, dance hall and many aspects of Black British culture. Stevenson contrasts this with the shock of slavery and how “Africans had been bred thick… The green eyes of rape.” She writes in a way that is accessible, yet makes the reader work to find their own meaning; in this, she repeats references to “rebellion/in his school reports”, exploring the intersection of gender and race. 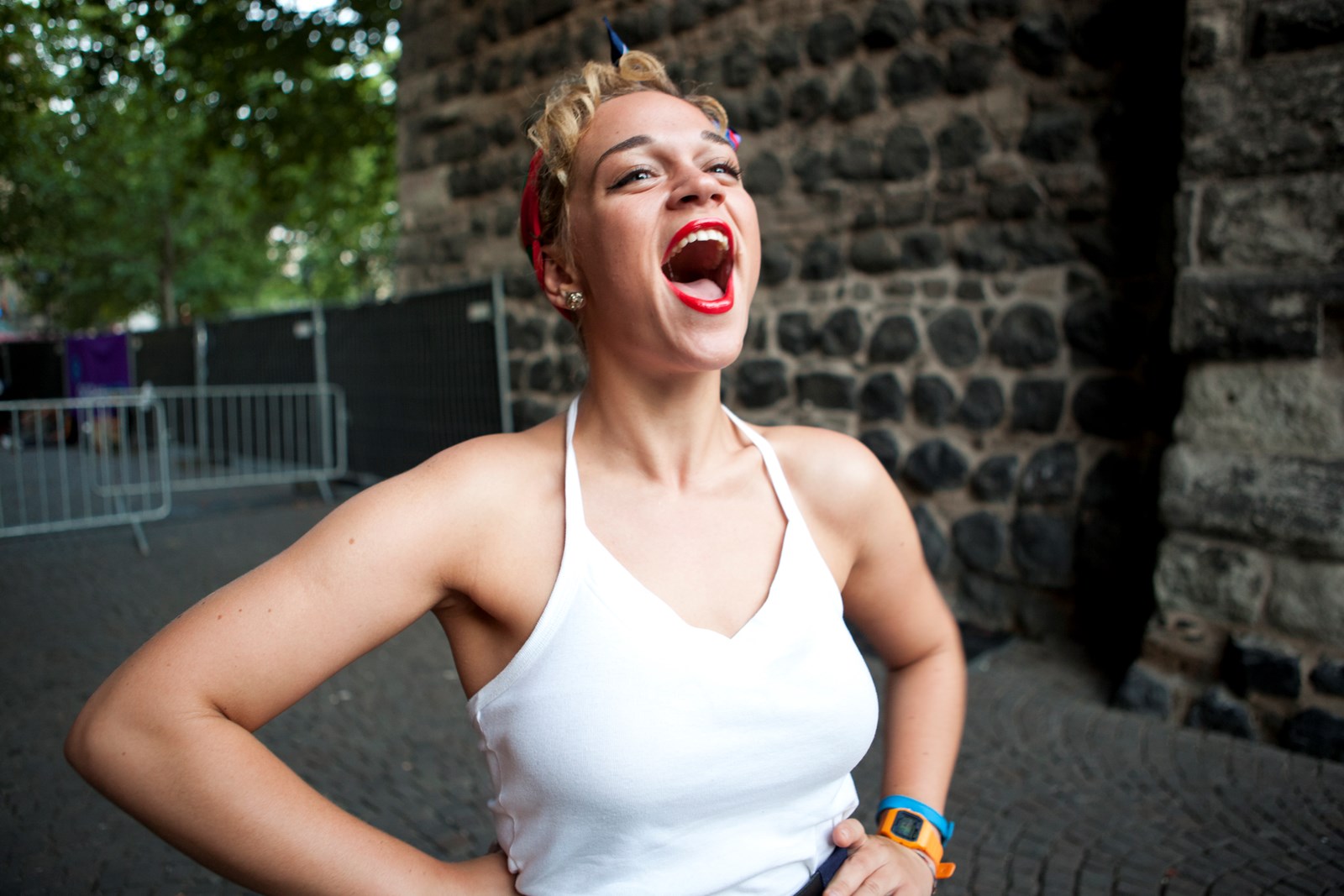 Similarly, in Bread Machine Teen, she references a phone conversation on a bus, but on stage admitted similar desires as she expresses “I want a more African bottom” — again linking this intersection in terms of the impact of racial and sexual stereotypes. The deliberate objectification of the black bodies in the depiction of “naked raving torsos” creates an interesting contrast with the provocative use of humour, which peaks at the embarrassment of a trouser split. Beyond the surface of any humour, there is the complexity of personal experience of pressures to conform to beauty standards as a woman, and how these vary within different cultures.

It’s especially exciting, as a poet, to see a collection where poems are so perfectly placed

Internalised misogyny is explored in Love Poem, where the protagonist’s boyfriend is called a “pussy” by her female friend. It paints a painful story of friendship and abortion, and being torn between attack and sisterhood. On Parliament Street begins by telling us that “The men who prey upon the vulnerable women at AA meetings are nick-named ‘pigeon-fuckers.'” It describes a manipulation of three women: his set “goals”. The women are “all glass and feather”, a metaphor that conjures a multitude of meanings.

You will find Deborah ‘Debris’ Stevenson on many stages in the UK and abroad, but in order to really get to grips with her work, I recommend this collection. In it you will find beautiful words to explore complex topics through everyday scenes, and you’ll even find a reference to Norwich.