Following the unexpected leak of around 11.5 million documents from a law firm based in Panama, known as Mossack Fonseca, an upheaval of an internationally unprecedented scale has begun. Just this week in Iceland, protests managed to uproot and depose the Prime Minister Sigmundur Gunnlaugsson following the revelations of his involvement with the law firm. It would seem that Iceland’s now-former PM is at least a little more receptive to the voice of protesters than our own.

It is ours who instead decided to reflex their power first through soft means – rejection of discussion, suddenly producing papers on the matter, or even averting the discourse to another open window – which will eventually filter through the armed wings of government in response to protest, being an increasingly well-armed police force and, if push came to shove, the army. Already in response to the revelations in the UK, there have been protests attended by the thousands, with many more set to occur within the next fortnight. Even amongst the calamity, I feel that there is a key question being missed: What vacuum in public appeal does this present? Tackling the cause at its root, it is this question that much be redressed; although it is formally an issue concerning tax, the deeper principle at hand – and truths which can be demonstrated – surround the very nature of public service. 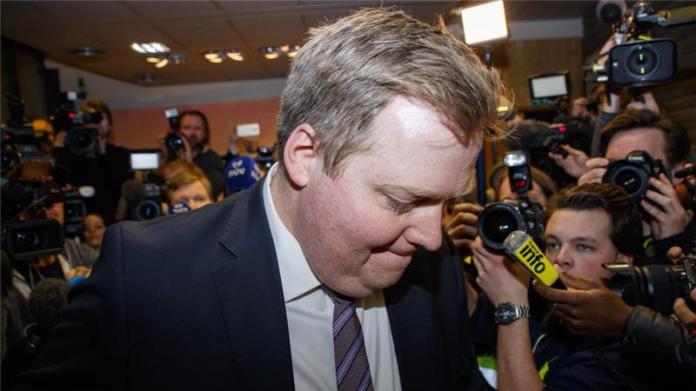 Firstly, what the leaking of the Panama papers revealed is how the incredibly rich can make use of lucrative off-shore tax systems, hiding money that would otherwise be subject to higher tax rates in their home country. Currently, the anger has been targeted towards politicians, as 143 have thus far been found guilty of association . However, it is not limited to this exclusive profession, as the involvements extend also to the wealthiest proprietors and investors across the globe. It would be a mistake to assume that all of those who took part are autonomous actors, as there can be no doubt that politicians were a legitimising catalyst in the entire process.

Following on from Cameron’s upfront denial to address the public’s demand to air his tax affairs, it stands to reason that there are silver linings to the proverbial cloud: we can strip the deception that these are our servants. If they do truly serve the public, they are thoroughly accountable to our demands. If they are not, as has been the case with the Panama Papers affair and other historical issues, then nothing else lies in their position. The smoke has cleared, and their purpose lays bare: to act as a mechanism for the lucrative interests of the already wealthy, upholding their rights to increase property, and by extension their dominion.

But if they are public servants, then they are fully able to address the public’s demands in reflex to the public interest. Historically, it is clear that they will be selective about this process, knowing that a hundred angry workers are more dangerous than a thousand passive voters. This situation is no different. But even if they are selective, continuous pressure must be applied in order to either satisfy the temporary demands of the public or, at the very least, crack open the shell of governmental affairs somewhat. As Emiliano Zapata stated: “If there is no justice for the people, let there be no peace for the government.” This lack of peace can play out in several different instances, each being more radical than the last. Taking lessons from history once more, the further that opposition is pushed, the more likely a conducive outcome to appear.

“If there is no justice for the people, let there be no peace for the government.”

One of the most prominent lessons that must be learned from the fortunately leaked documents is what it screams about the upper classes: they are waging a class war and, as it stands, they are winning it. It should be no secret. The most shameful result of this is that it reveals the dynamics of how they push us around and stamp on us. Although it is widely known that politicians are the knights or rooks of the board, people are still, to borrow the phrase from Rudolph Rocker, inoculated “with the ruinous delusion that salvation always comes from above.” Voting is synonymous with the definition of surrender. If people are continuing to herd their way to a ballot box, no dramatically conclusive outcome can be achieved, in spite of what those salivating at the prospect of a ministerial position would have you believe.

…people are still… inoculated “with the ruinous delusion that salvation always comes from above.”

This does not mean that political action must cease. There exists a wide array of other, more productive channels to which people can filter, accommodating to a variety of comfort zones and desires. It can go from feeding the homeless and contributing to a clothing bank to establishing free book exchange stores and setting up basic education for the impoverished. The point is that these movements beforehand have disengaged the role of the politician as being a saviour to the despair of those considered lowest in the social strata, witnessing success that has thus far fallen on deaf ears. It has altered community relations and set their course to more positive ends, such as the way that ‘community supported agriculture’ movements can engage people with local producers to empower both elements in an otherwise passive network of corporation and consumer. Such an example is a step of empowerment, rather than revolution, but it is miles ahead of simply keeping quiet on the matter. 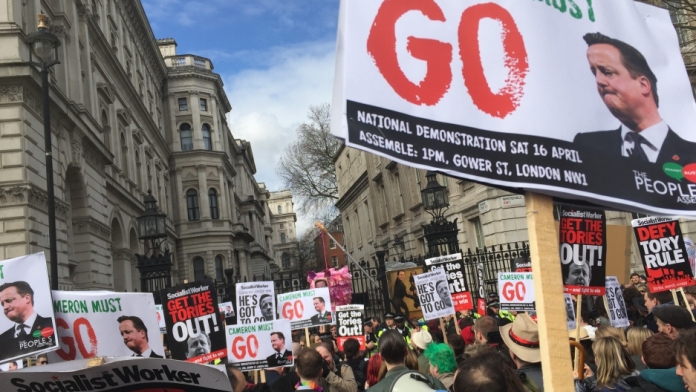 To summarise, I would like to make a point: in the earliest human societies, it is this extension from simple co-presence to engagement with free and autonomous organisations which gave rise to the greatest flexibility of the human mind. These stages have been the most important in developing humanity to higher and higher degrees of success with technology and comfort. Their minor presence now does not dilute the importance of their role in history, and there is a point to it. It is in this way that the myth of politicians being public servants must be stripped bare and left behind, especially in the wake of the activities of the wealthy that run contrary to the promises of such public servants to clamp down on issues of avoidance in the public interest.