Campsfield detention centre, near Oxford, is accessible by a nondescript turning on a nondescript a-road. The whole site is ringed by a line of trees.

Yarl’s Wood, however, is even more hidden than the rest. It sits hundreds of meters back from the road, behind a double layer of fencing, miles and miles out into the Bedfordshire countryside.

It is, essentially, a prison. Like every detention centre, it doesn’t contain people accused and convicted of crimes — it contains people without UK passports. Specifically, Yarlswood contains women and children.

A detainee-led group called Movement for Justice have been co-ordinating and facilitating direct action and protest against immigration detention both inside and outside many of the detention centres around the UK over the last few years.

On the 12th of March, 2,000 people marched on Yarlswood. It was the largest ever demonstration at the detention centre and signified a step up in the fight against immigration detention. Those demonstrators made visible what detention tries to hide — that the people detained have committed no crime and deserve freedom from the border regime. 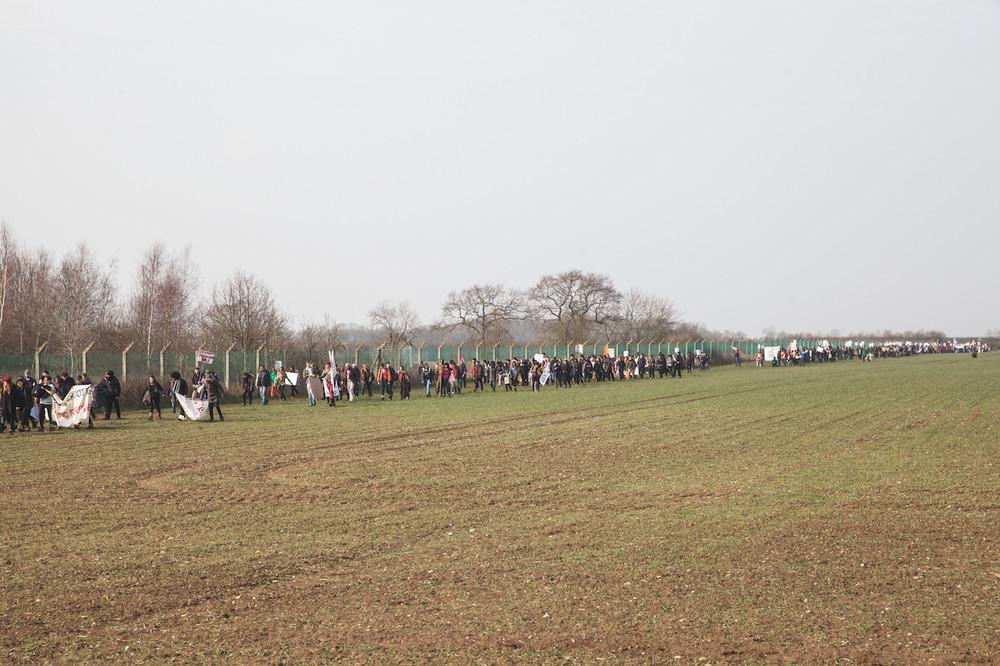 This struggle against detention is also a struggle against racism, against sexism, against LGBT discrimination. Groups like Sisters Uncut and Lesbians and Gays Support the Migrants took action before and during the demonstration to highlight these dimensions of the fight.

Firstly, students can organise and mobilise themselves directly to take action against detention. Secondly, Unions can begin to do the hard work of demolishing the support provided for immigration detention by universities themselves. I’ll talk about these in turn.

In terms of mobilisation, students can organise coaches and blocs on demonstrations against immigration detention. We’ve already seen students mobilise against deportations. From the #SaveLord demonstration outside the Home Office, to the #DontDeportLuqman occupation at Sussex, students have shown their ability to take action in these contexts. Now there is a chance to more comprehensively develop networks of activists on campus that can get students onto coaches and into the streets.

But perhaps the more unique contribution students can make is to attack the connections between the university and the border regime. These supportive connections vary from institution to institution, but will likely range from outsourcing contracts with companies also contracted to run detention centres to more direct research connections.

We have seen divestment strategies across universities and colleges before, and we know that they work

SOAS SU have led the way in taking action against these networks of support by co-ordinating with migrant workers at the university in their Justice for Cleaners campaign, to develop a strategy to ‘divest from detention’ (some of the important reasons for which are explained here). We have seen divestment strategies across universities and colleges before, and we know that they work, so it is quite possible that a widespread ‘divest from detention’ movement could begin to apply pressure to companies involved in detention where it hurts: not their conscience, their bank balance. 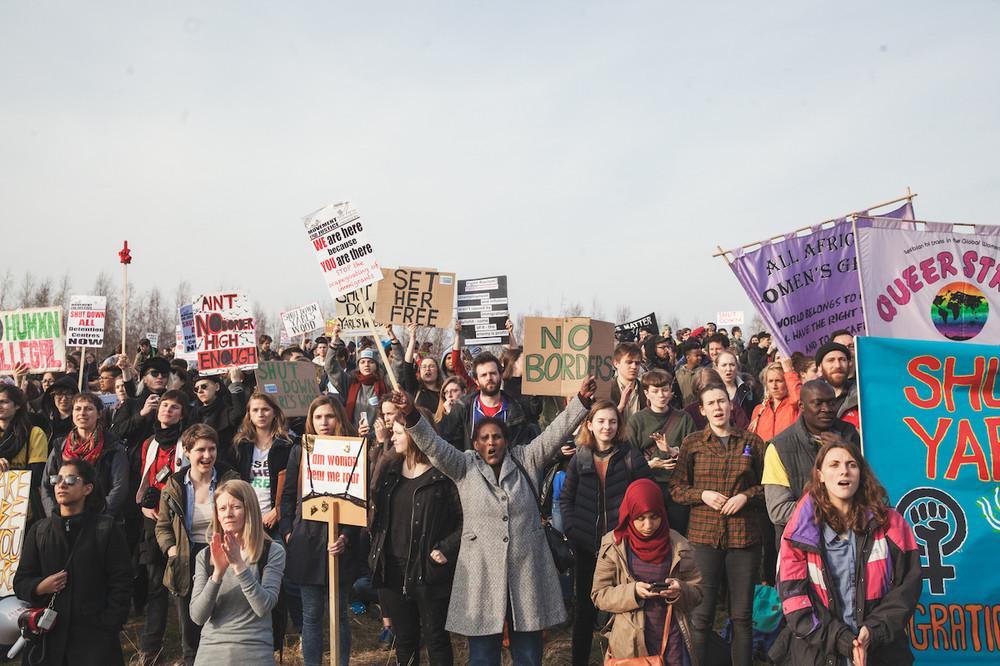 Students unions can also do a lot to provide their members with support throughout immigration proceedings, offering advice and help to international students. Sheffield SU are a strong example of what is possible in this regard.

We also need our national union — the NUS — to step up and taking a leading role in helping students take on these twofold tasks. If we are committed to international students, migrants, asylum seekers and women, we have to act. The fight against immigration detention is picking up momentum — time for students to throw our weight behind the movement.