On Tuesday night, landmark buildings from Germany to Dubai were lit up with the Belgian flag — a sign of solidarity after the horrific attacks in Brussels. The attacks — two bombs at the city’s main airport, and one at a metro station near the EU headquarters— have killed at least 30 individuals and injured hundreds of others. Daesh (read: the so-called Islamic State) have claimed responsibility for the attacks. It’s the most violent terrorist attack to hit Europe since the November attacks in Paris, which killed 130. But this is not the first, or even 100th, terrorist attack since Paris — though this certainly will be reported on by the Western media far more than the rest combined.

Since Paris there have been hundreds of terrorist attacks worldwide. Attacks that didn’t result in tricolour Facebook profile pictures; attacks that didn’t lead to projected flags on lumps of architecture. Their narratives are only a headline, barely breaking. The descriptions are factual, not empathetic. There is no footage of candlelight vigils played on a loop on the news outlets. The shock factor simply isn’t there for the media splash if it’s a country that gets attacked again and again and again.

Exactly one week ago, at least 22 people died in an attack by two female suicide bombers on a mosque on the outskirts of Maiduguri in north-east Nigeria, a city which is a command centre for the Nigerian military’s war against Boko Haram insurgents. One bomber blew herself up inside the mosque as the second waited outside to detonate as survivors tried to escape, according to Abba Aji, a coordinator from the civilian self-defence Vigilante Group. Facebook didn’t give you the option to change your profile picture in solidarity.

On the morning of February 9th over 70 people were killed in a double suicide attack at a camp in Dikwa which houses 50,000 people displaced by Boko Haram. No landmarks were bathed in the green-white-green of the Nigerian flag in solidarity.

Back at the end of January, reports came in from camps outside of Maiduguri, describing a coordinated terror assault against the refugees and local Dalori villagers that lasted throughout the night. Officials on the scene reported that 86 people have been killed — many of whom were burned alive in their tents by widespread use of firebombs; survivors described how many of the victims were children. No one cried out in international solidarity. 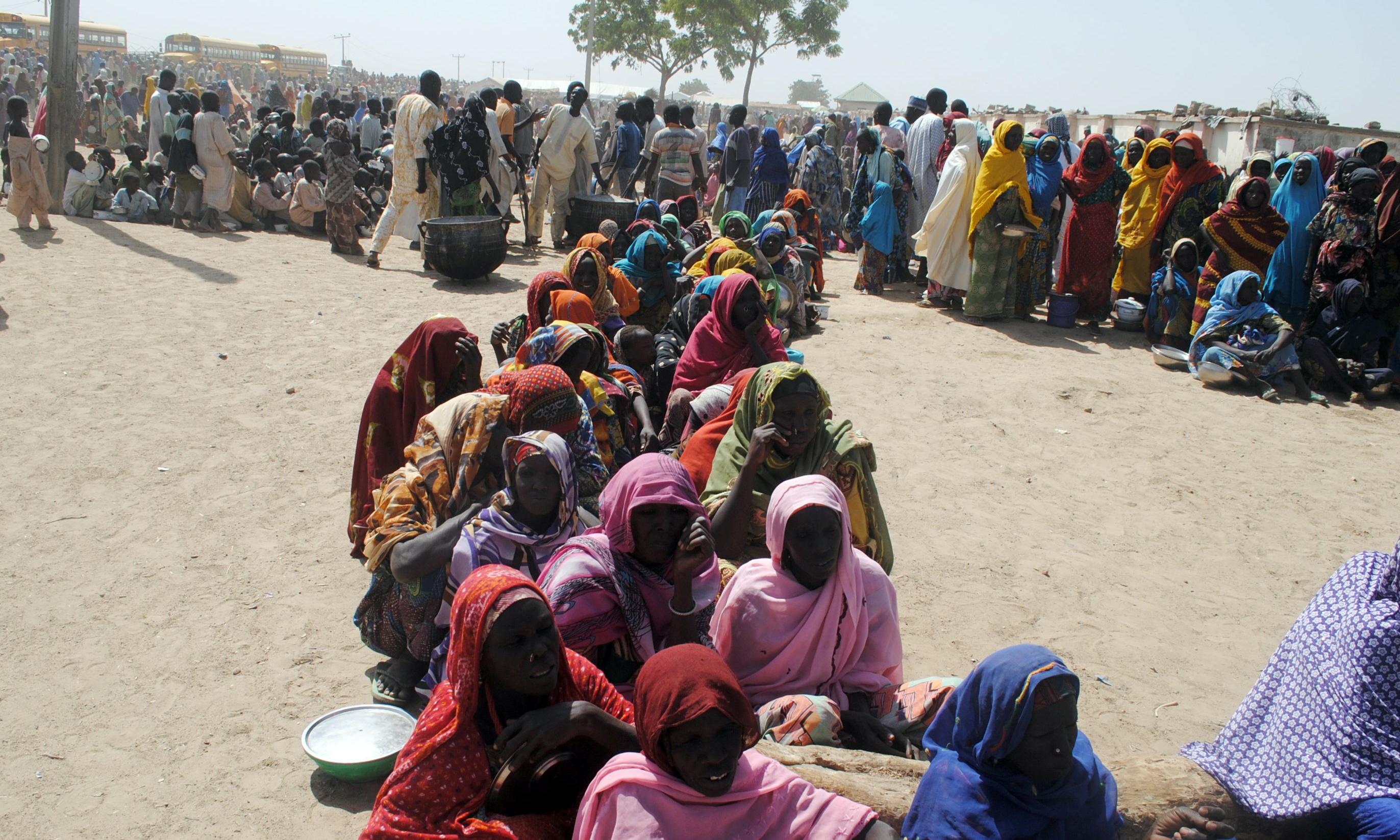 These are not one-off attacks. These are not just suddenly happening this year. I was in Nigeria when the Paris attacks happened last year — it didn’t seem real. I watched as my Facebook newsfeed became a sea of tricolour profile pictures. Four days later my phone vibrated with a message from a friend on Facebook, checking I was okay — more than 30 were dead in a bomb blast in the northeast of Nigeria, then 15 dead the next day and another 21 dead a week later. Nigeria is a huge country — if you do the maths, Belgium could fit in it over 30 times — and the troubles were in the North, whereas I was working in the South, so my safety wasn’t an issue. I checked Facebook, refreshed the page — everyone’s profile pictures remained a faded shade of blue, white and red.

I’m not saying one attack is more important or harrowing than another, I’m merely pointing out that no one rallied over Nigeria. People might comment that the numbers of those attacked in Paris and Nigeria in November were just not comparable. Yet as the world overdosed on the Charlie Hebdo massacre in Paris in January 2015, which left 17 dead in total after three days of bloody attacks, and cried ‘Je suis Charlie!’ at every opportunity, the international media barely touched on the massacre of 2000 people in Baga happening at the same time.

I’m not saying one attack is more important or harrowing than another, I’m merely pointing out that no one rallied over Nigeria.

It’s not as if people haven’t heard of Boko Haram. We just don’t talk about them in the same way we leap at mentions of Daesh. For anyone uncertain of Boko Haram’s history, they are based in north-east Nigeria, were founded in 2002 as an Islamist movement against Western education, and morphed into an armed insurgency in 2009. They have rapidly expanded into a consistent terror campaign which has seen a massive prison break at Bauchi, the kidnapping of over 200 schoolgirls in Chibok, and a massacre in Baga. The group is also international — it has launched attacks in Cameroon, Chad, and Niger — and has pledged its allegiances to Daesh. It’s estimated they have killed 20,000 people and displaced 2.5 million people since the current insurgency started in 2009. I guess there’s no hashtag for that amount of violence.

The fact is social media is a huge means of dispensing news and awareness. A video on Facebook can be seen by millions in minutes. I have no issue with people changing their Facebook profile pictures — Facebook were the ones who gave them the option to support Paris, to spread awareness and solidarity. It’s just no such option was given for Beirut or Baghdad or Ankara or the countless others. Yes, Nigeria is a lot further away than Brussels and doesn’t knock on our door in the same way, but that’s not an excuse. It can’t be some but not all. We cannot put a giant spotlight onto one tragedy and not the other. The lack of media coverage — tucked into the World section of the BBC, gone within a day or two — perpetuates itself. People cannot care about what they do not know. Only when they know can they be expected to galvanise their governments and fellow citizens to protest, to take action.

I guess there’s no hashtag for that amount of violence.

Just because the bombs that went off on our doorsteps in Brussels were not linked to Boko Haram, doesn’t mean we shouldn’t pay attention to the slaughter happening in West Africa because of them. Violence breeds violence, wherever it is. The world is right to monitor Daesh and prevent them from spreading, and for the media to report on what’s going on, but it’s time they considered a similar response to Boko Haram. Nothing productive comes from silence.