Unless you’re an internet native, have dyslexia, or just didn’t read it, the title of this piece is probably irritating you to no end right about now. It took me a while to intentionally write ‘wrong’. I do not apologise.

I was having a conversation with an ex-student and friend a couple of weeks ago, about how language is being dealt with by certain university courses, and we stumbled over some of the commentary brought about by Nietzsche and Cixous. The points, respectively, boil down to: we use language to create truths that underpin our concept of reality; that reality is predominantly, and prescriptively, structured — mostly in a kyriarchal way. While I am not disagreeing entirely, the danger is to view language as more of an abstract entity than what it really is.

Obviously, I do not intend to challenge the validity of the claims here. Whether one believes in linguistic relativity — the concept that language dictates (strong), or at least influences (weak), the way in which we think and therefore operate in our world — as a thing or not, does not remove the fact that words hold power and that power is not solely in the hands, tongues, and minds of their users. 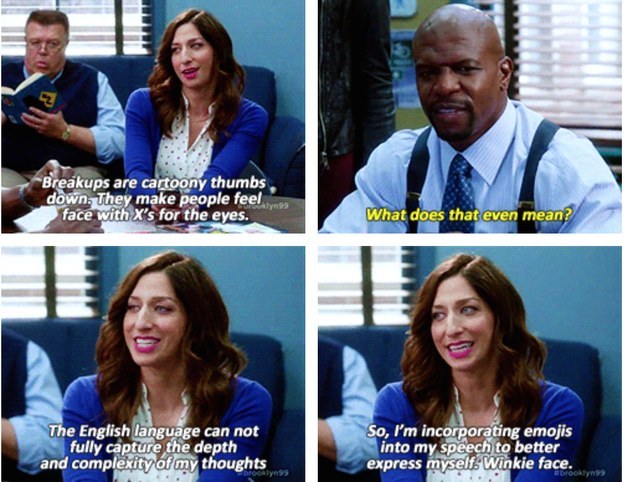 There is a strange misconception among speakers of standardised varieties of certain languages (I will refer to English, French, and Italian specifically) that there is a right way and a wrong way to speak that given language. I say ‘strange’, but I should be talking about ‘unsurprising’, seeing as how the power that language is usually wielded and employed by the higher educated, privilege-holding elites. In the Venn diagram of conservatism, language purists share quite a bit with other forms of regressive mentality — like the current and recent UK governments, and their new plan to make education conform to their authoritarian, prescriptive, corpocratic vision.

dictionaries are not prescriptive tools of how to write good

Usually this side of the argument, which really only exists because of this side — it’s a vicious circle — will appeal to a number of institutions and organisations that were created to uphold the standards and virtues of the language: dictionaries, academies above all, followed by misguided book authors and pseudo-linguists, down to radio programmes, and the The Telegraph and The Times letters section. Cue enraged overly-RP voice: “Good god man, we cannot possibly let the riff raff make up their own words, that would be preposterous! No one would understand them — we wouldn’t know what they’re saying about us!” (Fun fact: this is exactly what Burgess, author of A Clockwork Orange, was terrified of when he imagined Nadsat. Gulliver blown.)

What that hypothetical, but not far-fetched, RP voice misses of course, is that dictionaries are not prescriptive tools of how to write good. They are archives recording the use that language-speakers make of their languages. They describe and keep track of changes, in meaning, in usage, in frequency. They are not gatekeepers, they just keep… words. In 2015, the Word of the Year for the massive project that is the Oxford English Dictionary, was the laughing tears emoji. Unlike the not-that-latent cultural imperialism of Cambridge English — with its ESL, ESOL, TEFL, and the millions it makes across the globe through training, teaching and certification — the OED has no intention to stabilise the rules of any language.

Admittedly there quite a lot of work that the OED needs to get to, given the weight and influence it does effectively hold, even in its descriptive status — and in light of recent findings and its staff’s behaviour. That is where the power of the dictionary can be found: in the choice to show how the language can be used in a progressive fashion.

a small linguistic ‘scandal’ erupted: a six year old student made up a word in school

These phenomena are not limited to the UK, of course. In Italy, for example, the biggest institution holding a similar type of influence is the Accademia della Crusca. Initially an extremely conservative elite, they have evolved with the times and the Italian language, and recently made international headlines as a small linguistic ‘scandal’ erupted: a six year old student made up a word in school, ‘petaloso’ (‘petally’) to describe a flower. His teacher took the opportunity to show how words become part of a language, wrote to the Crusca, the latter replied magnificently, then the lower half of the internet took over.

Similarly, in France, the Académie Française has recently acted upon some of the more baffling linguistic idiosyncrasies in standard French, enforcing a law that actually came into play in the 1990s. Some spelling ‘anomalies’, such as the silent ‘i’ in ‘oignon’ and the circumflex diacritic, have been rendered more flexible to accommodate variants and variations. The response? “Good god man, you’re dumbing down our once great language.*” (*Translated from French, of course.)

Language, whether the purists — whatever that means — like it or not, is an organic, evolving, unstructured thing. Attempting to standardise and regulate its usage only leads to sterility and stagnation of thought. Stagnation leads to regression. Control how language works, and you control the language users. That’s the real dumbing down, right there.

The wonderful nature of language is that it is one of the easiest things to subvert — and it constantly happens. Sociolects, argots, slang, txtspeak, netspeak, emojis, addressing how people use certain words in harmful ways and reclaiming/reappropriating those words, Polari, in-jokes — they are staples of any linguistic community, usually one scorned or oppressed by the controlling system. They are far from elitist, dumb, or plain wrong. They are the biggest source of language change and creativity, the propulsion for language — and cultural — evolution, and one of the most radical practices that people can deploy.