“Do you think mother‐tongue is a patriotic idea?”

“Of course it is”

“Well, we happen to live in a state where the regions were divided according to language. Can you feel patriotic towards your region in a country like India? Patriotism is an inclusive concept, while mother‐tongue gives you identity when identity politics is played. It isolates. It is a constant struggle between feeling proud of your mother‐tongue while being included. By the way…”

“‘Mother’ Tongue is a Patriotic concept. A conundrum, don’t you think?”

In light of recent events in JNU, and being part of a University (Jadavpur) that is one of the greatest supporters of those “anti‐nationalists”, it is perhaps amusing to note that I am attempting to discuss as patriotic – or nationalistic, even – an idea as mother‐tongue, in occasion of UNESCO’s International Mother Language Day. The University ground is a battlefield as each group tries to define what being a patriot actually means. Cries of “Vande Mataram” (All hail the Mother) ring out. In a country that has forever been portrayed as the Mother Goddess ‐ an object of devotion that is inaccessible, idolized, rigid and unchanging; a mere bearer of children, stripped of any other form of identity, in a burning country where youthful souls struggle to establish individual identities and right to choice, I sit writing on mother‐tongue. Mother‐tongue, which made me a Bengali, all because of a mere genetic accident. And where it all really began.

Mother‐tongue is what assigns a child their first set of identities – it’s not just a language but a culture, an age‐old tradition. You’re proud of not only the language you speak but of what it entails. It means your homeland, the dishes you eat while growing up, the authors who write in that language, the stories you hear and even the way you dress. You are proud of it all. It gives you identity. As a Bengali, for example, it is practically a sin to not like Tagore and his works. While there are always other people who appreciate him, not many would attach as much value to his name as a Bengali would. The word “Kobi” (lit. poet) is practically synonymous with Tagore in our culture. Mother‐tongue, then, doesn’t stop at being a language. It gives birth to collective memory. To tradition. To emotion. 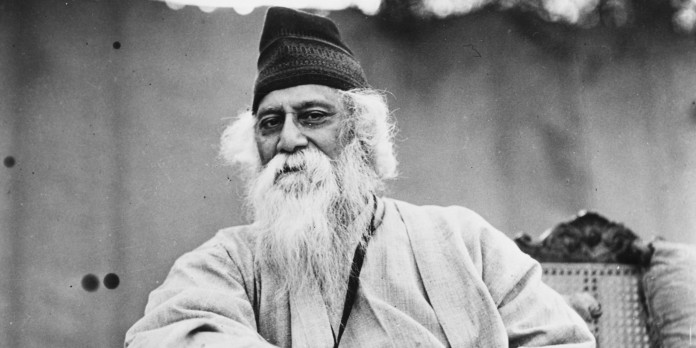 There’s a popular saying among Bengalis that if you wish to find someone’s mother‐tongue, you must make them angry. As anger is a basic, primal instinct, mother‐tongue too is treated as a reflex. You may speak in a foreign tongue but you always dream in the language you first learned, or so they say. Mother‐tongue, according to linguistics, is one’s L1. And, more often than not, it is the language of the father and not that of the mother. I first noticed this when my friend said that his mother‐tongue is Bihari, when I knew his mother to be Nepali. His father, though, is Bihari. While your L1 is also sometimes decided by where you grow up, my friend, who was born and brought up in Bengal by a Nepali mother, is still a Bihari. He refers to Bihar as his homeland, but can’t remember the last time he went there. I would still be a Bengali if I were brought up in a different state entirely and never learnt to speak Bengali. Here, the identity is independent of what language you speak. My L1 could be Marathi but I would never cease to be a Bengali. And, in all probability, would still grow up listening to mom hum Tagore songs as she worked.

There’s a popular saying among Bengalis that if you wish to find someone’s mother‐tongue, you must make them angry.

I remember scolding my 12‐year‐old student, and his mother, because he could not read or spell Bengali words properly. I remember blaming him for knowing nothing of his own culture and sending him home to read more Bengali books. Without even realising it, I had become an instrument of the nationalism that makes one cling to one’s traditions, and which has been passed down from generation to generation.

I once told someone that not knowing English isn’t something to be ashamed of, but not knowing one’s mother‐tongue properly is. I probably also said this to another of my students’ mother when she tearfully confessed that since she hadn’t attended a “good English medium school” and couldn’t speak English fluently, her education was practically useless. Her Bengali is impeccable. But she still wished that she could speak and write in English as easily as our generation does. Us ‐ the product of perhaps what can only be termed as a “Colonial Hangover”. We grew up listening to Tagore at the same time as BSB, Linkin Park and, later, Cohen.

Many of us have often been called a “Bangla Ma‐er Anglo Shontan”(Anglo child to the Bengali Mother), which is a derogatory way of describing people who prefer English to their mother‐tongue. People whose parents “have failed in raising them properly”. But these claims are made by the same people who pay me a lot of money to help improve their child’s English. Ours is a generation that grew up appreciating Tolstoy and Shakespeare while trying not to like them more than we liked Kalidasa or Tagore. We were introduced to radical ideas and told to uphold tradition. We were sent to English medium schools and told to appreciate our mother‐tongues. We learnt and perfected this “language of the foreigners” but were forbidden from falling in love with it.

I have always preferred Keats, Frost and Yeats to, dare I say it, any Bengali poet. I am the walking definition of “kids these days”, the forever black sheep. Tsk‐tsk. But, somehow, at the very back of my mind, I know I would still defend my language in an argument. After all, it is the mother ship. The language with which I first called my mother, demanded my first chocolate, read poetry and fell in love. All because of a silly genetic accident.

One thought on “IDENTITY, POLITICS, AND THE MOTHER TONGUE”