We keep reading news reports on the Islamic State, immigration from Syria and all-round growing Islamophobia that we often forget that there are other real, everyday problems affecting Muslim countries that are very easy to overlook. The increasing trend in focusing on much broader, impersonal issues by the international media has a tendency to de-humanise Muslims altogether, making it easy to forget that they too face ordinary problems, which often have nothing to do with the abovementioned huge issues.

In an increasingly globalised world, it is inevitable to encounter people from families who have settled in host nations with customs and norms that are different from their own. Coping with this culture clash and confusion of identities is therefore an increasingly common complaint, albeit one that is not always raised publicly. For example, Arabs who have been raised in the West not only have to endure daily Islamophobia (whether they are actually Muslims or not — other religions in the Middle East also include Christianity, Judaism, Baha’i, Druze, Yazidism and Zoroastrianism), they also have to deal with the inevitable clash of East meets West.

A small minority even lead unconventional lifestyles that are incompatible with the public masks they wear. Thanks to the Internet, closet homosexuals and atheists — previously a huge taboo in the Muslim world — are now developing the courage to be more open about their alternative beliefs or lifestyles. The double lives they were previously forced to lead are often exacerbated since many conservative Muslim societies are often ruled by a hypocritical elite. There is often a tendency to utilise religion primarily as a political tool for social control, while at the same time producing an elite class that often engages in ‘Western’ type lifestyles behind closed doors. 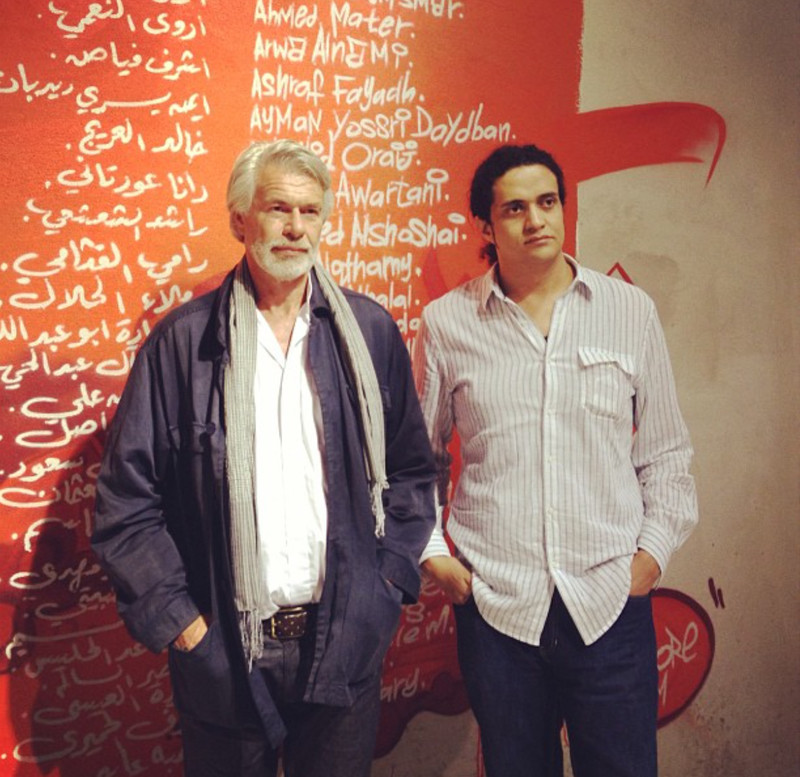 (Ashraf Fayadh, 35, was sentenced to death on 17 November © Instagram)

The oil-rich Saudis, for example, are often guilty of this. Despite ruling the tightly-knit kingdom of Saudi Arabia under Wahhabism, a strict and extremely conservative branch of Sunni Islam, many of their royal elite are frequently found guilty of leading extravagant lives whenever they fly abroad —  to places such as London — and party, gamble and drink just as heavily as any other Westerner. This is in spite of a form of Islamic rule that beheads atheists and punishes homosexuality by stoning. The latest international outrage from Saudi Arabia was the beheading sentence imposed on Palestinian poet Ashraf Fayadh, under grounds of promoting atheism through his poetry. The sentence has instead recently been changed to torture instead of beheading.

In contrast, one of last year’s most outrageous incidents involved a Saudi prince who was arrested on a private plane carrying two tons of drugs. Abdul Mohsen bin Walid bin Abdul Aziz al-Saud was detained by Lebanese security forces in Beirut’s Rafik Hariri International Airport for trying to smuggle pills of captagon, an amphetamine, in 40 packages. In a separate incident, another Saudi royal, Prince Majed bin Abdullah bin Abdulaziz Al Saud, 29, was accused of a having sexual relationship with a male aide, doing drugs, threatening to kill women who refused his advances, as well as taking cocaine during parties he held in his $37 million mansion in Beverly Hills.

The outrage behind these incidents is worsened when one takes into account that the United Kingdom continues to enjoy a strong relationship with Sunni Saudi Arabia by selling them weapons they use to attack Houthi rebels, a Shi’a led movement in Yemen. The UK also continues to not acknowledge the kingdom’s increasingly appalling human rights record in which a record 151 were executed in 2015 — the highest recorded toll in nearly two decades.

The hypocrisy of Muslim leaders is not merely limited to the Middle East. In Brunei, another oil and gas-rich state, Sultan Haji Hassanal Bolkiah frequently enjoys the company of women — in 2011, Vanity Fair dubbed the Bruneian royalty the ‘constant companions in hedonism‘ for their lifestyles. Brunei, ranked the fifth richest nation in the world by Forbes, introduced Sharia Law in 2014, meaning anyone convicted of theft will have their hands cut off, adulterers and homosexuals are stoned to death, and abortions and consuming alcohol are punished by flogging. . The ruling appears to apply to everyone living in Brunei, except the Sultan himself and his Royal family.

This is by no means a criticism of core Islamic teachings themselves, but more of a critique of the double standards practiced by elites in many conservative Muslim countries. These are very real issues within Islamic society that many prefer to sweep under the carpet, despite the obvious ramifications they pose for even the most moderate of Muslims living in such countries. Even if a Western head of state is caught or accused of such indiscretions of their own, it is at the very least not under the guise of being the head of a religiously conservative state, due to the separation of church and state. It is for such reasons that many countries, particularly in the West, prefer to keep religion and state separate.