Those of you who know me, have read my articles or listened to me speak, will know that I am passionate about environmental sustainability within the food supply chain. I have highlighted issues of soil degradation associated with inorganic farming, as well as the vast resource usage and carbon emissions related to meat and dairy consumption, but there is one environmental issue that I have campaigned on more than any other, and that is food waste.

Having been relatively unaware of the scale of this problem until becoming a Hub Leader at Norwich FoodCycle in October 2014, I have since immersed myself in food waste literature and the practicalities involved with tackling the problem. As such, I have developed a rounded knowledge and understanding of what is required to tackle the issue as it stands and prevent it from occurring.

The Food Waste Pyramid, or hierarchy, provides a useful framework for the management of food surplus and food waste, without stipulating the practicalities involved in achieving each step. Reduction is the overall goal, but this requires a fundamental re-think of current practices, such as the cosmetic standards. These are conditions supermarkets prescribe to farmers for their produce, relating to the shape, size and weight of items. It is thought that about 3 million tonnes of UK food waste occurs on farms, with much being a direct result of the unnecessary, draconian conditions imposed by retailers, along with heartless last-minute order cancellations.

In September the Green Party Conference passed my motion on food waste, and in doing so became the first major political party to recognise the absurdity of cosmetic standards, by making it party policy to outlaw this practice within producer-purchaser relationships. In addition the motion recognised the importance of redistributing perfectly edible food that would otherwise be wasted by retailers, for reasons such as it moving beyond it’s best before or sell-by date, as well in cases of over-ordering. 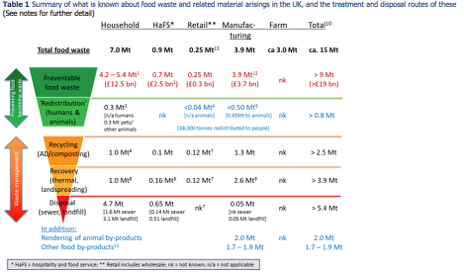 According to statistics independently collated by the Waste & Resources Action Programme charity (WRAP), around 250,000 tonnes of food was wasted at retail level in 2013, with 200,000 of this attributable to seven major supermarkets, which at the time covered 87.3 per cent of the UK grocery market, worth around £163m. More recent figures, released on Friday by the British Retail Consortium, indicated that this figure had dropped by 20,000 tonnes to 180,000 for 2014.

Following recent public outcry, which saw over 180,000 people signed a petition calling for the UK’s supermarkets to hand over their unsold food to charities, supermarkets have been queuing up to publicly commit to donating food that they would otherwise send to be recycled through processes such as anaerobic digestion and composting.

Morrisons last week became the first to announce they will donate all unsold food to local community groups, following a nationwide partnership agreement with FoodCycle. M&S, who also work with FoodCycle, has launched a nationwide charitable redistribution scheme, in association with Neighbourly, to provide an online platform that connects every store with existing and new local charity partners. Tesco has partnered with FareShare and Irish social enterprise FoodCloud to launch the FareShare FoodCloud app in the UK, which works on a similar basis to Neighbourly. Sainsburys was a founder member of Fareshare, who ASDA also have a partnership with, as do The Co-operative Food, who, alongside Waitrose, are involved in redistributing food to charities and organisations within their communities.

Fareshare, FoodCycle, The Real Junk Food Project and Company Shop are the largest redistributors of this food in the UK, handling around 40,000 tonnes between them, including food from manufacturers as well as retailers.

Redistributing surplus food to humans offers the best environmental, economical and social method of using such food, with groups in food poverty given precedent because there are higher economic and social costs associated with food poverty. Child poverty in particular costs taxpayers billions of pounds each year.

Using food waste to feed the hungry is not a solution to food poverty. That should be addressed through fair and sustainable welfare policies. However whilst both food waste and food poverty co-exist we need to organise so that this food can be used to help people in need.

Based on the 200,000 tonnes wasted by supermarkets in 2013, with a UK population of around 64m and the population of Norwich around 213,000; If waste and value were spread evenly across the population, Norwich wasted at least 665 tonnes of food that year, worth around £542,000. In that same year over 7,000 children were living in poverty in our city, with the situation likely to have worsened as a result of imposed austerity cuts.

Last week I organised a meeting attended by 4 City Councillors, UEA students, Norwich FoodCycle Hub Leaders and volunteers, representatives of Trades Council and Norwich Farmshare, co-founders of The People’s Picnic and coordinators of Norwich Empathy Action & Time (EAT), in which I put forward a proposal to implement a city-wide strategy on collecting food waste and using it to tackle food poverty. 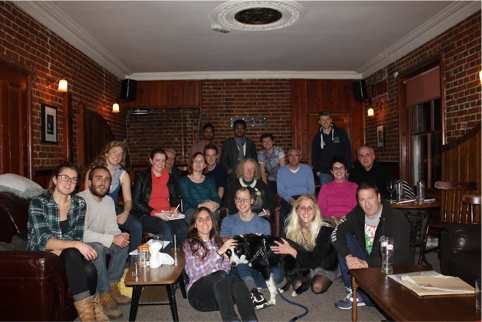 I proposed that, in the absence of Fareshare, a single body should be created, responsible for collecting food surplus from the city’s food retailers, bringing it to a central point to be sorted, before being redistributed to, or accessed by, groups helping to tackle food poverty in Norwich, including school breakfast clubs, homeless hostels and women’s refuges. This was followed by an enthusiastic discussion, and with unanimous support for the proposal it was resolved that we would move forward in attempting to develop this further under the banner of Norwich FoodHub.

We are now looking for individuals and organisations to come forward who would be interested in being involved in the project to help turn it into a reality. If you want to be involved contact myself at NorwichFoodHub@gmail.com or get in touch through our Facebook page.