On Sunday a group of protesters threw paint and cereal at a café in Shoreditch called ‘Cereal Killer’, which only sells bowls of cereal. The reasoning for this demonstration, which also hit a letting agent, was an opposition to gentrification in the area. Gentrification is when house prices in an area rise and richer people start to move in, increasing prices further and pushing less well-off inhabitants out of the area. A key example of this is Stratford, transport links and infrastructure was improved for the Olympics pushing up prices and pushing out many residents.

But was targeting a café justifiable?

The owners of the business have come out and said, “They’re talking about gentrification but they’ve tagged us as the poster boys for it, and we’re not the real problem here,” In some respects they have a point. Throwing paint on a quirky café that sells cereal at a ridiculously inflated price is not going to stop house prices from rising or scare the hipsters away.

The cereal café is a product of the gentrification process. It may symbolise the luxury bourgeois lifestyle of some inhabitants of Shoreditch but prices are high largely because rent is high. The same reason that coffee is more expensive in a station than outside, when the location is in a premium area there is more demand so rent can be charged at a higher rate. This is often directly passed on to customers in higher prices.

I recently visited a friend that was living in San Francisco and it is a prime example of why gentrification can be so damaging.

However, I don’t think the protest was pointless. The major thing it did is bring the concept of gentrification in to many people’s minds. It is a major problem facing London. I recently visited a friend that was living in San Francisco and it is a prime example of why gentrification can be so damaging. With house prices in the city driving many people out to an entirely different city on the other side of the bay called Oakland, which in itself has a considerable wealth divide in its neighbourhoods. As well as the stark divide between rich and poor with the two neighbouring cities, San Francisco also has a severe homelessness problem. 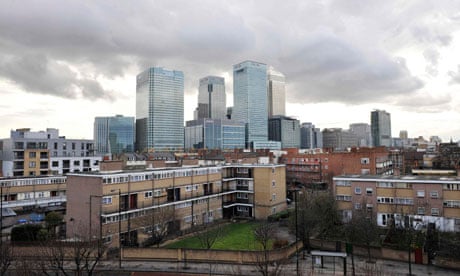 The housing crisis that grips London and the drive for luxury flats that serve a very small minority of Londoners, whilst forcing the majority out of the central locations, is creating an increasingly visible divide between rich and poor. One of the worst and best things about London is the divide between Tower Hamlets and Canary Wharf. The docklands area is fast becoming the financial hub of London, it is dominated by massive skyscrapers with things like HSBC and Citi on the side. There is just one road between this area of immense wealth and Poplar in Tower Hamlets, the poorest borough in the city.

The fear of gentrification is it creates this divide — the poor are out of sight and out of mind.

Part of me hates this, it reminds me of the stark contrast between the unimaginable wealth of some in our society and the harsh and unforgiving poverty of others. On the other hand, I love it. If we are going to have such inequality I would rather people live near one another and are visible to one another rather than be completely separated. The fear of gentrification is it creates this divide — the poor are out of sight and out of mind. Equally the rich are out of reach and so redistribution of wealth seems less plausible.

I used to love London, I was proud to grow up here. Since moving back I have seen how when you have to support yourself in London it is unforgiving. London is a great city, it is diverse and vibrant. This is all at stake if we allow house prices to continue to rise in every part of the city and don’t tackle the inequality that is so rampant in the capital. If throwing some paint at a cereal café makes people have this conversation then in my opinion it is worth it.