I didn’t know what to expect from The Institute of Sexology, exhibited at the Wellcome Collection, but it was probably not the mass of phallic and explicit penis-shaped trinkets, supposedly associated with power. What would have been nice is the inclusion of similar vagina-inspired adornments. Nevertheless, it was bound to be that an exhibition about sex would highlight patriarchal power and women’s submissive role throughout history.

In looking at the psychology of sex, known misogynist theorist Sigmund Freud was shown to offer a rather touching comparison between human intimacy and the way porcupines crowd for warmth, negotiating the space between their sharp quills, to represent the way we both benefit and risk harm from those to whom we are closest. In a contrast with feminist elements, the exhibition also presented work by Marie Stopes, who experimented on herself to research sexuality. She believed women were trained into feeling unnecessary shame about sexual instincts and found that when she was fearful or overworked her libido was at a low point, and in moments of tenderness, with kissing, she annotated her diagram with these being high points. However forward-thinking this seems to us now, her identifying as a eugenicist places her firmly back in the early 1900s. No intersectional feminism to be seen here. 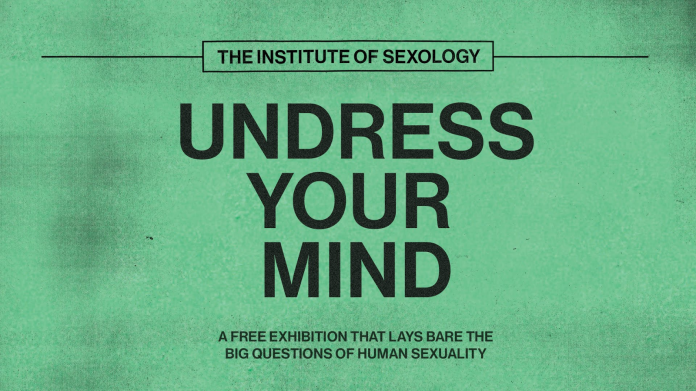 There were also humorous references in the exhibits, such as Ms Magazine’s sign, which Gloria Steinem states was repeated around the office regularly: ‘it’s 10 o’clock, do you know where your clitoris is?’; also present was a satirical mockumentary screening about the dangers of ‘promoting’ homosexuality. This all contrasted with the more serious pieces, such as a recording of interviews with people about sexuality, and clippings about awareness of AIDS, and the actual damage caused by Thatcherism.

The fascinating element of the earlier history was showed by how research into human sex was steeped in colonialism and a discourse of dehumanisation. Even though directed at Stopes, a white American, one letter addressed to her suggested to ‘go back to your own country’ because it simply wasn’t British to explore sex in this way. Yet, this person should probably also remember that it was thought that neurosis was caused by a lack of repeated sexual satisfaction, and repression never did anyone any good.

With around 200 objects, there is a lot to see, and even more to read about. There’s a mixture of media to explore, from sculpture and art, to archival material, to film and photography, some tucked away in secret drawers. You may find yourself exploring these aspects of sexology, but you can easily focus on many other parts. At the end, you then get the chance to be a part of sexology history by completing a survey. In some ways, it felt like only the tip of the iceberg had been touched here, showing the depth and importance of sexuality and its representation. The Wellcome Collection has extended this exhibition to a whole Sexology Season, which also includes programmes in Manchester, Brighton and Glasgow.

One example of such events took place at the Queen Elizabeth Hall’s Purcell Room, featuring Malika Booker, Kei Miller, Warsan Shire and Rachel Mars. At Sex in the Afternoon, Kei Miller delivered a captivating extract from a new novel, and Rachel Mars gave an anecdote of an exploration of sexuality. There was even historian of sexuality, Dr Jana Funke, to help out with any research and technicalities. All writers incorporated humour, but Warsan Shire’s showed us its darker side, and Malika Booker, also chairing the panel, read new work, where she looks at Biblical stories from different angles, and spoke about how her writing allows her to access parts of herself which are not usually on show. She cited, for example, her inability to say use swear words.

There was a generous time for discussion, and aside from questions about what other writers write well about sex (let me Google that for you) this section was as interesting as the writing itself, and each panellist was exceptionally articulate on the subject. Both the exhibition and surrounding events are highly recommended, and with most of this panel being made up of women, it shows how society has definitely progressed in terms of addressing the phallocentrism of sexology and the psychology of sex.

The Institute of Sexology is free and continues at the Wellcome Collection until 20th September 2015. Sex in the Afternoon tour dates include Contact in Manchester on 23rd September and West Yorkshire Playhouse in Leeds on 12th October.

2 thoughts on “LET’S TALK ABOUT SEX: THE INSTITUTE OF SEXOLOGY AND SEX IN THE AFTERNOON”