Since its inception gangsta rap has been a thorn in the side of the establishment. Brash, violent and loud, its explosion in the late 80s and 90s tore up the rule book of hip hop and reshaped the genre in its own image, introducing the world to the harsh reality of life on the streets of black America. With the cinematic release of ‘Straight Outta Compton’ a week away (August 15th) it only seems fitting to look back at some of gangster rap’s greatest and explore its legacy thirty years on.

Gangsta rap is hip hop’s bratty younger brother, fed on the social conscious rhymes of early hip hop but filled with the anger of a generation excluded from the yuppie party of the eighties.  Like punk before it, its church is broad, ranging from the smooth, sun-drenched rhythms of G-Funk, to the hard edged, sample heavy boom bap of Wu Tang Clan. Frequently criticised by those on the left and the right for glorifying violence and misogyny, scapegoated for the prevalence of crime in black communities, and beloved to many a hip hop head, the story of gangsta rap is the story of poverty in America, as relevant to this day as it was back in ’86.

Born in the mid-80s, the originators of gangsta rap shocked America with their tales of gang violence and crime — the ensuing controversy leading Ice-T’s debut album Rhyme Pays to be the first hip hop album to carry an explicit content warning on the cover. For most of white America, gansgta rap was a danger to their children, glamourising the lifestyles they had worked so hard to segregate themselves from, but for many people living in the poor, black areas of the US during the 80s, it was their lives.

In ’88 the revolution came and its name was N.W.A. A group of six teenagers from Compton, LA fused the story telling of Ice-T’s early gangsta rap with the energy of their youth and hip hop’s tradition of social commentary to create an album that truly reshaped the genre. Straight Outta Compton was the ghettoisation of black America coming back to haunt the establishment — its lyrics were confrontational, braggadocios and of course, violent, taking aim squarely at mainstream America. Most worryingly, it was catchy as hell, infused with energy previously unknown to gangsta rap courtesy of Dr.Dre’s production. Yet it was above all a protest album, hitting back against the oppressive actions of the police and government against black Americans by giving it a taste of its own medicine. 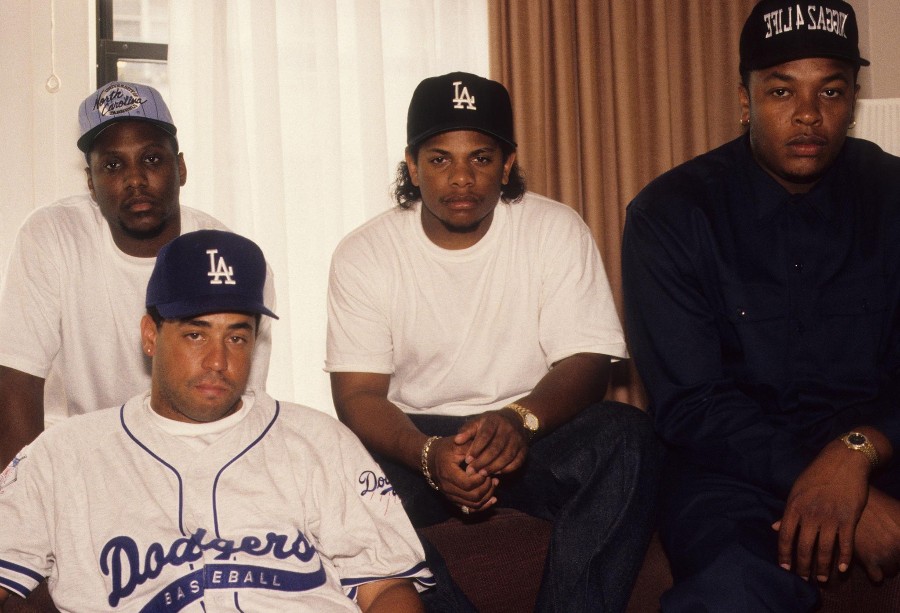 Straight Outta Compton broke gangsta rap through to the mainstream, and it had the mainstream shook. The FBI famously sent a letter to Ruthless Records expressing their displeasure at ‘Fuck Tha Police’, and various members of the U.S Senate denounced the group. From there gangsta rap’s popularity grew and grew, splintering into various incarnations. Out on the East Coast, Wu Tang Clan fused the violence and braggadocio with a love for old Kung Fu movies and the imagery of the black Islam to create their pioneering boom bap sound, while on the west coast Dre’s post NWA debut The Chronic created the G-Funk sound and launched gangsta rap to new, commercial heights.

As the 90s progressed, gangsta rap’s rise was unstoppable, with Ice Cube, The Notorious B.IG and Snoop Dogg all achieving mainstream recognition, solidifying the genres commercial appeal. Tupac was gangsta rap’s poet, opening a more sensitive, less abrasive version of the genre, paving the way for the likes of Drake and A$AP Rocky today, before his rise to stardom was tragically cut short.

By the late 90s ‘gangsta rap’ was just rap; the most popular and commercially viable take on hip hop, it dominated the charts and launched MC after MC to stardom, lifting many from the deprivation in which its roots were laid. However, mainstream success meant something had to give. While the likes of Nas and Jay-Z continued to rap about the hustle, telling stories of rags to riches with ever increasing lyrical dexterity, the commercial success fused with the gangsterism of the genre’s foundation laid the path for its own destruction.

As the 90s became the noughties gangsta rap belonged firmly to the mainstream, while the underground was still bumping Wu Tang and NWA, it had moved on, leaving the genre open to the power of money. The likes of G-Unit and Cam’ron mixed traditionally gangsta rap lyrics with poppier, R&B influenced production, the perfect soundtrack to the economic boom of the early two thousands. Similarly the cartoonish violence introduced to hip hop by the likes of Wu Tang Clan had come full circle, with Eminem and DMX popularising the ‘horrorcore’ sound.

Today gangsta rap still dominates, be it Lil Wayne or Lil B, the confrontational and braggadocios aspects of the genre live on through Trap and Drill music, less lyrical but just as ‘gangsta’ as their predecessors, while the honest lyricism and social conscious aspects, as well the funk influenced production manifest through the work of artists such as Kendrick Lamar and Vince Staples.

Paradoxically embraced and rejected by the mainstream, it’s a genre usual discussed in the context of its problems

Despite its wide ranging influence and revolutionary nature, gangsta rap is rarely given the credit it’s due. Paradoxically embraced and rejected by the mainstream, it’s a genre usual discussed in the context of its problems, of which there are many, and which we shall address in an upcoming piece. Yet its fiery brand of hip hop was one that launched the genre to a level of visibility it may have never reached otherwise and its controversy was an important part.

Mike Skinner once said of Garage that “you could forgive it all of its inexperience, of all its brashness because it was real”. I think the same holds true for gangsta rap — for all of its comic book violence, rampant misogyny and lyrical embellishment, the attitude and stories it told were real, it held a mirror up the side of America no one wanted to talk about and forced a conversation. Most importantly however, it pissed off Bill O’Reilly, and for that we can all be thankful.