Last month Norwich City Council opened up a public consultation on the river Wensum to gather views that will be used to shape a strategy aimed at breathing new life into the river — enhancing it for the benefit of the city and its residents. The strategy forms part of a joined up approach, bringing together the four main bodies (Norwich City Council, the Broads Authority, Norfolk County Council and the Environment Agency) with statutory responsibility for the river.

The consultation asks interested parties to raise general issues and opportunities that the strategy could address — pertaining to the management of the river and its surroundings, as well as river access and use — but makes it necessary to categorise them as relating to either business, leisure or the environment. This pigeon-holing of issues and opportunities is a real flaw in the consultation, mirroring a wider societal issue of evaluating the value of nature through an anthropocentric lens.

So far concerns have been raised regarding the level of raw effluent flowing into the river, particularly from New Mills Yard and opposite Cow Tower. Whilst the current level of rubbish in the river has also been deemed worrying, with shopping trolleys and bicycles the most frequently sighted items to have been dumped. These will among the first issues to address before attentions can turn to expanding the Wensum’s uses. 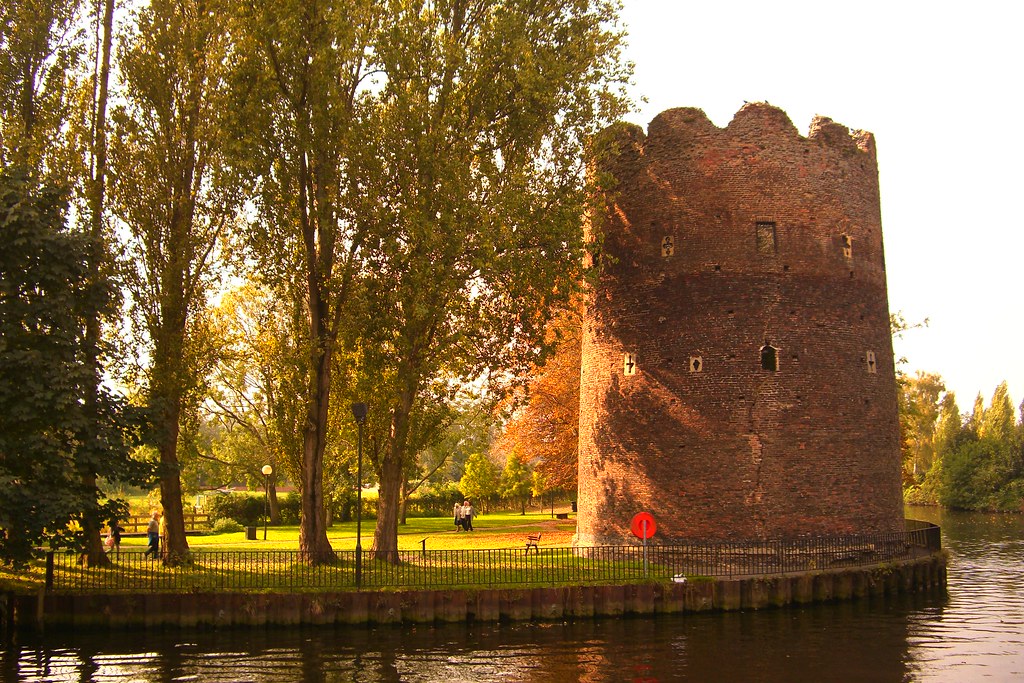 Cambridge has been sighted as a benchmark for its use of its own river Cam, home to a number of waterborne businesses, and it is hoped by some that Norwich may be able to emulate Cambridge in this aspect. Unlike the Wensum the river Cam is very accessible, with pedestrianised walkways around multiple entry points accommodating a number of punting operators. In comparison, Norwich’s solemn operator, whose inception coincided with a campaign to get more use out of the Wensum, operate out of a small jetty near to the Norwich Playhouse.

But this isn’t simply a case of more riverside walkways and jetties (although these are definitely required). The scenery throughout a punting tour on the river Cam is idyllic, with low banks providing iconic views of the historical buildings and gardens of Cambridge University. In contrast the Wensum flows through predominantly residential and industrial dwellings, with a far less quaint ambience.

Colman’s Mustard, a name that remains synonymous with the city despite having become part of consumer goods conglomerate Unilever in 1995.

Pulls Ferry is one of the Wensum’s most picturesque landmarks, situated close to Norwich Cathedral. The arch previously covered a canal specifically built by the monks to ferry building materials to the sit. The banks here are low with pleasant surroundings. However, as the river slaloms eastwards through the Riverside Entertainment complex towards Carrow Bridge, the banks are lined by urban housing, as is the case along much of the river. A short stretch past Norwich City’s Carrow Road ground where The Canaries have plied there trade since 1935, lies arguably the most widely known export of Norwich — Colman’s Mustard, a name that remains synonymous with the city despite having become part of consumer goods conglomerate Unilever in 1995. Here, fittingly, the exposed metal banks offer a much more industrial feel, however at other points this is not such a welcome sight.

Bringing ‘life to the river’, from an aesthetic point of view will be difficult. Urban and industrial features will need to be complemented by a combination of art and nature, juxtaposing the river’s historic industrial past with 21st century manufactured tranquility. Imagine banks lined with thousands of beautiful flowers in amongst art work and information boards detailing the river’s important role in Norwich’s fine history, transforming the journey into a colourful learning experience.

improve pollen and nectar sources for bees  — a glimmer of light in the overcast office of environment secretary Elizabeth Truss.

The main stumbling block for any such project is funding, with capital likely to be thin on the ground, owing to factors such as a 36% cut to the Arts Council’s budget since the coalition took office in 2010. However hope may have sprung from an unlikely source, with £85m having been set aside to support projects that improve pollen and nectar sources for bees  — a glimmer of light in the overcast office of environment secretary Elizabeth Truss. Although in truth the £900m ‘Country Stewardship’ scheme is nothing more than a backhander to through and through blue farmers, for whom the words crop and rotation never occur consecutively.

Coming full circle; this type of project would benefit both leisure and business, primarily because it has improved the environment. By compartmentalising the issues and opportunities as if they were unrelated, as oppose to taking a holistic view with the environment at the centre, I am left rather confused to which box I should assign my idea.