The year is 2015: Ali Smith’s How to Be Both wins the Bailey’s Women Prize for Fiction. Malorie Blackman concludes her extraordinary term as Children’s Laureate. The Nebula Awards feature women in all but one entry. The Independent Foreign Fiction Prize is awarded to author/translator team Jenny Erpenbeck and Susan Bernofsky for The End of Days. 40 nominations for the Eisner Awards are women, ranging from writers to editors, colourists to pencillers, inkers and letterers.

And yet, research conducted by author Nicola Griffith proves that despite the multiple recent spotlights on the literary stage for women — both on the page and behind it — there is a significant disparity in their treatment when it comes to recognition. Collating data and results from the past 15 years of a number of prizes for literature, Griffith has found that books featuring women, focusing on women or written by women have a track history of receiving fewer awards than those by, about and from men.*

it has become openly aggressive in its promotion of
‘traditional’, ‘classic’ and ‘proper’ literature

Commenting on Griffith’s piece, analyst and commentator Danuta Kean rightly observed that publishing houses are responsible for submitting books for award consideration. And while the industry may appear predominantly female, in its various positions, the upper echelons are mostly male since 2008. As Griffith commented, the landscape was worsened by having “fewer independent publishers and editors with individual taste, fewer authors being promoted by their publishers, fewer unique buyers at fewer retailers, fewer review slots [and disparity of reviewers — AV]. Scarcity leads to conservative behaviour” — something which can easily be seen across the board, and has become more and more visible in the past year. 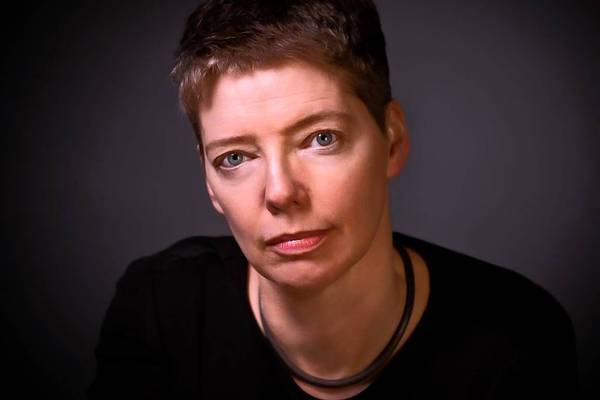 In some extreme situations, it has become openly aggressive in its promotion of ‘traditional’, ‘classic’ and ‘proper’ literature, as was the case for the 2015 Hugo Awards and the mass action by the Sad/Rabid Puppies against “the left-wing control freaks who have subjected science fiction to ideological control for two decades” leading to stories “merely about racial prejudice and exploitation, with interplanetary or interstellar trappings”.**

An opportunity to rise from the sadness and scarcity of the literary scene was offered by the latest addition to the wider discussion of the visibility of women in the literary world. In her contribution to the National Conversation provocation, writer Kamila Shamsie builds on the previous initiative by Joanna Walsh to make 2014 the Year of Reading Women, targeting Griffith and Kean’s findings: why not attempt to correct the course by publishing only women for a year?

The inevitable comments from the Lower Half of the Internet,
of course, did not take long to manifest themselves.

Shamsie’s may have been, as she herself stated, just a provocation. However, independent publisher and one of the most significant for translated literature in the UK — And Other Stories — accepted the challenge, along with a number of smaller presses — unsurprisingly, also working in the field of literary translation.

The inevitable comments from the Lower Half of the Internet, of course, did not take long to manifest themselves. But not only are they serving the purpose of confirming several of Shamsie’s and Griffith’s concerns, turning the latent bias of potential readers (rather than publishers) into overt sexism, they are also easily drowned out by the waves of positivity that her provocation and the entire initiative stirs up.

These are not just ripples, this is the beginning of a gigantic shift

The Bailey’s, mentioned by Shamsie in her piece, are currently the only literary award which recognises women and women alone, and it partly enabled this conversation to happen. Similarly, publisher Virago already has an exclusively female output and editorial board, and actively advocates for and promotes writing by women. There are movements towards an award for women in translation and translators too, thanks to the combined efforts of the likes of Susan Bernofsky and Katy Derbyshire, both in Europe and in the US, where the VIDA Award is providing fertile ground for the addition.

These are not just ripples, this is the beginning of a gigantic shift towards a “climate of positive thinking”, which both Griffith’s data-driven research and Shamsie’s radical thought-experiment will help consolidate in its diverse approaches, opening up to more and more streams of change. This is an extremely welcome shift towards a climate channelling the need for consolidation, visibility, recognition and resisting the despicable conditions to which the arts and humanities are being relegated by the surrounding political landscapes, especially though not exclusively in the UK.

Nicola Griffith, Kamila Shamsie, And Other Stories, Tilted Axis Press, and whoever else will join in the Year of Publishing Women. Katy Derbyshire, Susan Bernofksy, and the people who are advocating for #TranslatingWomen and a prize for women in translation. These are but examples of positive action that can supply for the crisis being forced upon the arts. They may appear radical to some, and that in itself is baffling even once you get past the arguably legitimate concerns one might have with positive discrimination, as any phallogocentric canon will not cease to exist. They may not have a massive impact on the world at large, and it may only last twelve months.

Is that not worth a year of men – such as myself –
sitting back, shutting up, and listening?

But what if it works? What if the positivity inherent in allowing a whole set of voices to speak up and speak out helps us redefine our own ways of reading, of thinking, of writing? What if it shows new budding, potential, willing writers that, yes, there is a space for everyone, and everyone actually does have a shot at visibility? Is that not worth a year of men – such as myself – sitting back, shutting up, and listening? And in fact, actively contributing to a ‘climate of positive thinking’, by supporting, promoting, advocating for voices other than our own?

I know what my answer is. Positive.

*There is no comprehensive information I can find while writing this that extends the research to authors who do not identify as either option, or for non-binary, queer, agender and trans narratives. Which, I believe, is telling (though Griffith is planning on expanding her research further, also thanks to multiple volunteers from across bookdom).
There are, however, a number of good resource lists, starting with this round-up post.
**A fairly comprehensive round-up, source of the quotations, can be found here.