House music, unlike other forms of music, is arguably apolitical — given the absence of lyrics. That doesn’t mean that the scene is apolitical however, as Lithuanian DJ Ten Walls found after committing commercial suicide following his public condemnation of homosexuals over Facebook. Subsequently one of the biggest house festivals in Europe, Hideout Festival in Croatia, cancelled his set, stating: “Hideout Festival is an inclusive event, which is open and accessible to all. Our fans and customers are important to us and we do not tolerate or condone any form of hate. For this reason, Ten Walls will not be playing at Hideout Festival this year.”

From its outset in the mid 80’s, house music has been about inclusivity, openness of expression, and removing society’s invisible boundaries. It is an environment intolerant of abuse and discrimination, with violence actively discouraged. The beauty of house music is in its diversity, fluidity, and ambiguity. What house represents for one person may be different to the next, yet they are still drawn together by the same four bar loop. The music in itself is like a socially binding drug.

It is a movement that has had many faces in Norwich, but one which maintains a deep rooted connection to the music. Organisers of house nights are driven primarily by the desire to put on events that they would want to attend themselves, where their passion for the music ensures it takes precedence.

As a result the house scene here is flourishing, with a multitude of nights offering both choice and distinction. YAYA is an underground house night, pumping out energetic tech in an intimate venue with an official capacity of only 120 — Gonzos Tea Room. The close knit family of organisers and supporters has created a personal yet permeable vibe, with a growing reputation among DJ’s. At the other end of the spectrum #House is introducing house music to wider audiences, at bigger capacity venues, whilst importantly still keeping the music as the main focus of the night — with the VIP passes and Grey Goose giveaways taking a backseat to make way for the main attraction. While Deep Trouble combines the feel of an underground vibe with Ibiza calibre DJ’s (not the West End), at more spacious venues which provide plenty of room for movement.

a result of a dysfunctional licensing system inadvertently driven by austerity

However unlike a typical night in Ibiza, the closing lights grace us with their presence long before the sun has risen above the horizon. Instead, between 3 and 4am, you find yourself kettled into Prince of Wales Road, among hundreds of others, scrambling for a taxi home to keep your buzz going, as a result of a dysfunctional licensing system inadvertently driven by austerity, with police looking for what they consider to be the most cost-effective solution following extensive budget cuts.

During the subsequent melee that ensues the propensity for antisocial behaviour is increased, having ensured that large groups of people with similar alcohol fuelled antisocial predispositions congregate to fulfil their desires. The removal of Tombland and Upper King St from the late night activity zone and restriction on new licensing to new bars outside of the designated late night zone, combined with limiting the licensing hours to 4am for establishments within the designated area, serves only to extenuate this issue.

Perhaps later licensing would reduce incidents of violent crime by facilitating more gradual dispersion of crowds, as is acknowledged by Bristol City Council, where clubs are permitted to open up to 6am. But with licensing constraints unlikely to dissipate soon, the scene itself needs to be proactive in developing solutions that mitigate the restrictive elements associated with putting on house nights in a medieval city centre surrounded by housing. 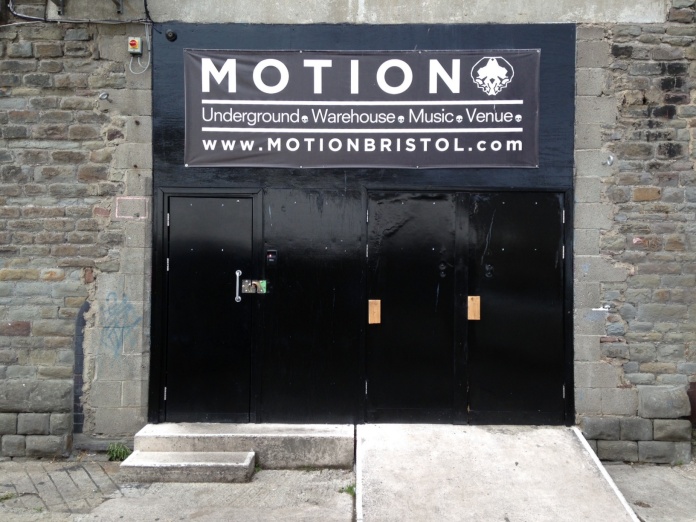 One may be found by looking back to the movement’s historical roots — out of town warehouse raves, away from the audible reach of residents, combining large open spaces with high volume sound systems. Motion, Bristol’s biggest club, defined by its world renown reputation for house nights, isn’t situated within Bristol CC’s cumulative impact licensing area. Instead it is placed in a converted skate park (indoor & outdoor) among a matrix of old warehouse spaces. Here it is all about the music — which is what draws people out.

Like Norwich, Bristol is a regional entertainment hub attracting upwards of 30,000 people each weekend to our 25,000. Bristol also have a strong group of Green Party city councillors with 14 to our 15. Both are cities with rich cultural history, however one is seemingly much more ready to embrace social innovation than the other — the Bristol Pound, the Pay-As-You-Feel café movement, and an iconic house music scene are all models to be followed if we are to maintain our reputation as a leading progressive city.