Caitlyn Jenner, who rose to fame as the stepfather of the elder Kardashian sisters, and father to Chris Jenner’s two youngest children Kendall and Kylie, revealed herself to the world this week in a stunning cover photo for Vanity Fair. Shot by world renowned photographer Annie Leibovitz, the July cover finalises Jenner’s transformation from former decathlete gold medal winner, to beautiful woman. Dressed in lingerie and posing in a style reminiscent of the late Marilyn Monroe, the shot is respectable yet coy, showing the world that Caitlyn has finally physically become the woman she was born to be.

The cover scored Jenner a new world record, amassing 1 million twitter followers in just 4 hours. She tweeted ‘I’m so happy after such a long struggle to be living my true self. Welcome to the world Caitlyn. Can’t wait for you to get to know her/me’. However, whilst reactions have been predominately positive, supporting Caitlyn in her transition that was revealed in a tell-all interview with ABC’s Diane Sawyer in April, the cover has caused mixed reactions in the trans community.

Certain members of the community have claimed that Jenner has been able to achieve a level and speed of transition not available to the majority of community. They state that the amount of plastic surgery she has recently undergone is not something the majority can afford.  Instead of questioning this, would it not be more appropriate to support Jenner in her transformation? Why not see her position as a celebrity figure as one which can support and promote, instead of vilifying her for having the resources that others may not have?

Jenner’s transition was undoubtedly enabled by financial means, allowing her to use her wealth to achieve the happiness she deserves. However, certain charities have questioned why she has not yet used these means to support the trans community.

TGI justice project is an organisation that supports transgender individuals and their families who have suffered as a result of America’s refusal to acknowledge trans people as their true gender — forcing them, when incarcerated, to attend prisons of a gender they do not identify as. Janetta Johnson, a black trans woman, is the programme director for the organization. Johnson was recently released from a men’s federal prison, where she was routinely sexually assaulted by those incarcerated alongside her. 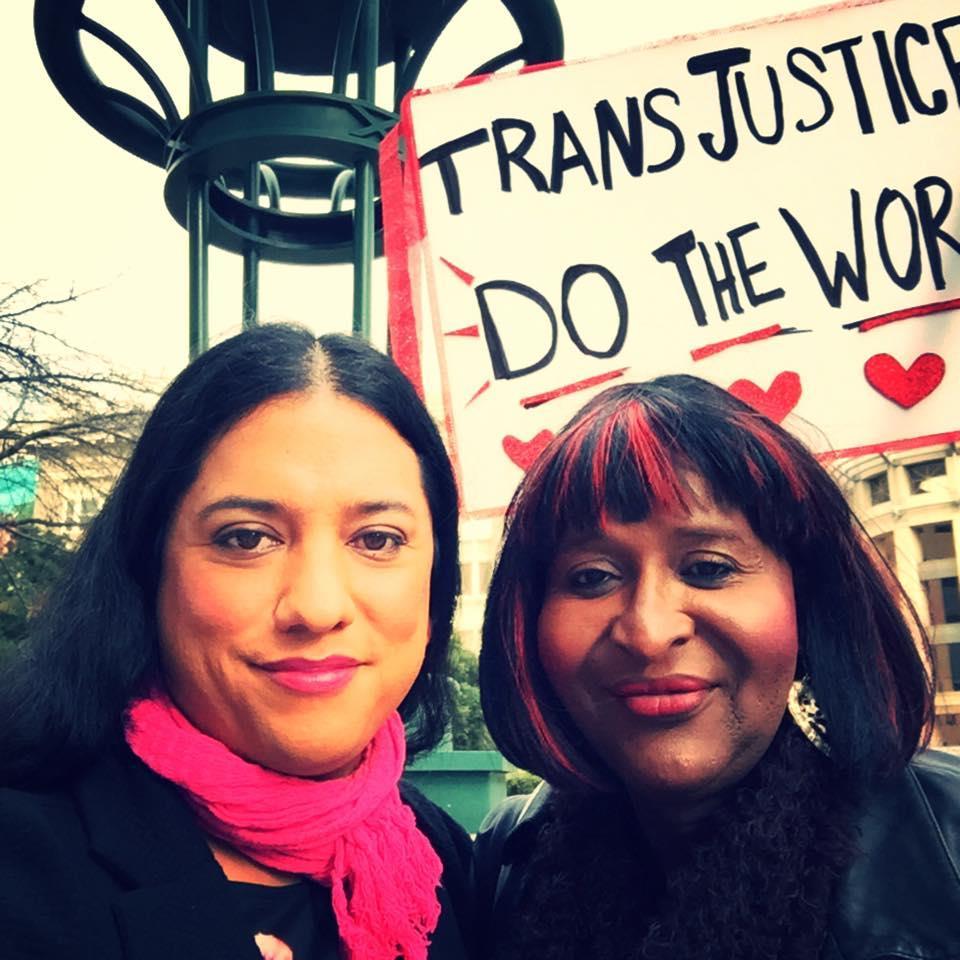 It took her three months to receive the mental health care that she required, and that she was subjected to routine daily abuse. Even stating that ‘at one point, I didn’t even identify as human’. It is now her mission, and that of the organisation, to support others who find themselves in this situation — particularly focusing on ending ‘police violence, racism, poverty, and societal pressures’ against the transgender community.

Janetta has voiced her disappointment over the length of time it took Caitlyn to step away from the male pronous. According to the Guardian, she argued that the lack of recognition on Jenner’s part of the hard work that had gone into trying to end confusion over gender pronouns was regrettable, and that Caitlyn should now “put some of that money back into the transgender community as she has taken a lot. All these years we have been abused and battered, yet she has used none of her power to help the community and bring about change.”

Jenner having not yet financially aided transgender support charities and organisations has evidently instigated outcries. However, it could be suggested that certain groups are placing an increased amount of pressure on her. Whilst speculation around her transition has been ongoing for a while, particularly after the paparazzi photographed her emerging from a plastic surgeon’s hospital, having undergone surgery to shave her Adam’s Apple, she has still only just fully transitioned at the age of 65.

Surely more support should be given to the length of the process, waiting to see if she donates to the community in the future, instead of asking why she has not donated this early on in her transition? Furthermore it is important for the world to remember that Jenner has two teenage daughters, who are also adjusting to a change. Support for Jenner would send a far more positive message to the Kardashian family, instead of adding further pressure by showering them with negativity and insults.

One thought on “INTRODUCING CAITLYN JENNER”