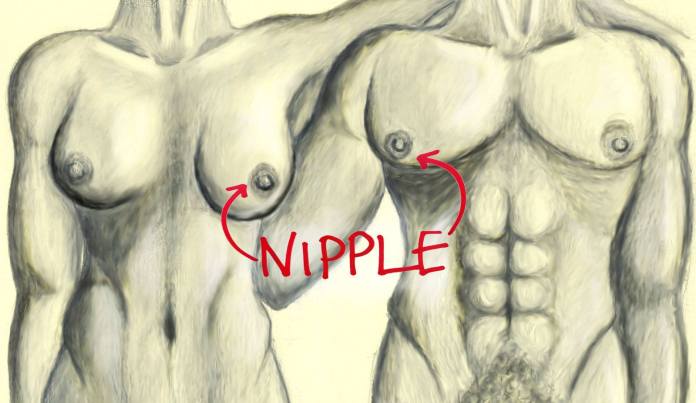 One of the many criticisms that feminists face surrounds the support of campaigns like ‘No More Page 3’ as well as ‘Free the Nipple’. Apparently, you can’t do both because they’re contradictory movements. At least this is what I’ve been told by every single person that comes forward in a particular feminist space in which I delve to educate us all on our interpretations of the feminist movement.

Further to this, the bodies that have been used in The Sun and The Daily Star are usually of white large-breasted females, with small waists and no visible disabilities. The idea of ‘beauty’ that these newspapers show is very limited and applies to very few people in the UK. NMP3 does not hate breasts or sex workers, despite popular belief. It aims to respect naked, sexualised bodies by displaying them only on the most appropriate platforms.

Why should you have a reason to be topless – I hardly
ever wear a bra, is that such a bad thing?

The FTN campaign addresses society’s massive issue with female nipples. Social media often censors pictures of mothers breast feeding but will allow every single picture of a male torso to be uploaded without batting an eyelid. FTN allows females to express themselves, their chests, in the same way that males are allowed to every day. People choose to show topless pictures of themselves, in an environment, in a way that they want to be shown.

Yes, the Page 3 people are also giving consent, but the images are being used for publicity or to encourage people to buy a newspaper. And let’s be honest, how much say do the models get in the snarky, patronising,  little comment that is posted with it? The images that are part of the FTN campaign are done for the hell of it! Why should you have a reason to be topless – I hardly ever wear a bra, is that such a bad thing? Why shouldn’t you be able to display your beautiful body to the world if you want to? Why can’t a mother share a picture of themselves breastfeeding for the first time?

The other argument that always gets to me refers to ‘righteous white feminists’ who are upset about ‘man spreading’ and not being able to take their clothes off without being catcalled and objectified when there are people in developing countries being forced into marriages and to have children… You realise that we can fight against both, right?