The dismal election results are not only apparently a victory for ‘blue collar conservatism’ but potentially also Blue Labour or a renewed variant of Blairism. Two of the initial favourites for the leadership of the Labour party, Chucka Ummana (who has now removed himself from the contest) and Liz Kendell, are Blairites, and the media has been a flood with Labours failure to connect with ‘aspirational’ voters and business.

Labour seems to be moving to counter what is admittedly a genuine threat of Blue Collar Conservatism driven by collapse of organised Labour and a relatively socially liberal Conservative party. This leaves a (by no means new) gaping hole fit for a truly progressive movement.

As the next biggest party on the left the Green Party is worthy of analysis. Membership of the Green Party has risen from just over 14,000 in March 2014 to 60,00 today, this growth is alongside an increased (although still minuscule when compared with UKIP) media coverage. This election saw a vast increase in votes for the party, which due to our voting system materialised only in the re-election of Caroline Lucas. The campaign in Bristol West (target seat), which I was involved in, was well run, visible, and got a four fold increase in vote share from 2010. This is impressive but still shy of the lofty heights of anti-austerity Pomedos and Syriza in southern Europe.

‘This election saw a vast increase in votes for the party,
which due to our voting system materialised only in
the re-election of Caroline Lucas’

The political situation in the UK should provide us with some answers to the party’s troubles. The increasingly prominent liberal-communitarian divide, defined by metropolitan graduates and traditional working class communities, splits the traditional left, and the Green Party is firmly on the liberal side if not the perfect model for this class. This phenomenon has been cited as a driver of Labour’s demise and stalks many of its members (remember Emily Thornberry’s resignation over tweeting a photo of a white van).

This new political landscape can be easily seen as soon as you consider subjects such as immigration. It also creates some of the main paradoxes of UK politics such as UKIP strongholds being in areas with the smallest immigrant populations. If a truly social democratic movement is to materialise, do parties like the Green Party need to compromise with the communitarian values of what are mostly lost Labour votes?

‘the Green Party has less minority ethnic candidates than UKIP’

I obviously don’t think the Green Party should go back on its principles or enter the rhetoric of anti-immigration, but there is a clear problem with the reach of the party. The fact that the Green Party has less minority ethnic candidates than UKIP for example is a shocking and extremely telling indicator. The party is generally seen as a middle-class sect, and its hard to argue against that accusation –  61 per cent of Green Party voters are ABC1 (top three social classes), UKIP voters are 56 per cent C2DE. But why? And how can it widen its base?

One can very easily imagine a separate but not very different universe in which UKIP are the party of the post-crash left, unfortunately Thatcherite ideals and xenophobia prevailed, reducing the complex effects of globalised capital to a bite-size ‘common sense’. Against UKIP the Green Party look firmly establishment, even if Nigel Farage was a commodity broker he drinks pints like us (!) while Natalie Bennett sips on a organic wine.

Part of the issue may lie in the environmental focus of the party. In our neoliberal consumer based late capitalism, environmental issues have become about lifestyle choices and the commodity fetishist marketing of environmentally friendly goods (usually at inflated prices). This is not to say these things are bad, and as long as industrial agriculture dominates organic alternatives will always be more expensive, but it does fetishise an issue which should be the focus of large projects and legislation.

Whilst on a anti-austerity protest in Bristol a few days I overheard the chant “tories tories get on your bikes” towards frustrated commuters on the road. Equating car drivers with Conservative voting patterns is a dangerous and unproductive thing to do. This is a route the metropolitan left should not go down, it only stokes the increasingly successful ‘blue collar conservatism’ as the Conservatives move to make Labour a redundant force. 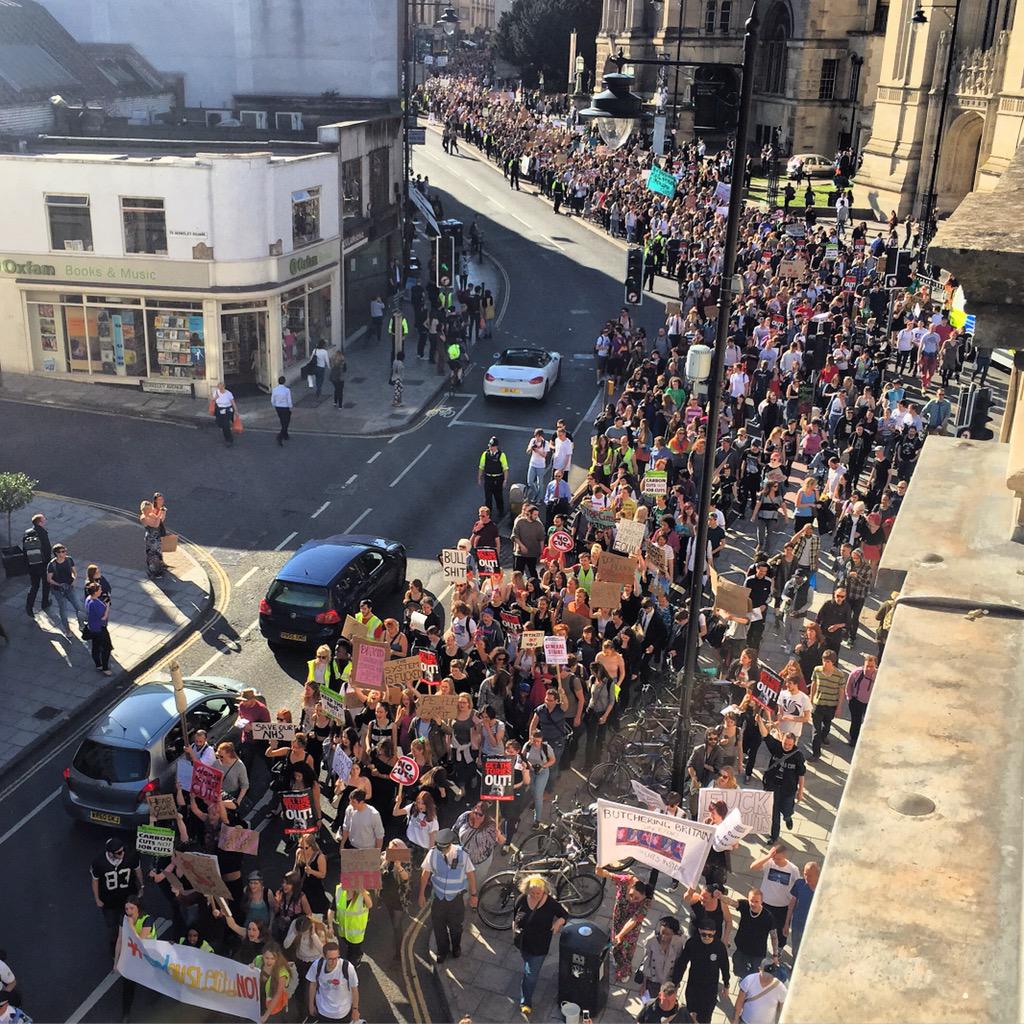 The only way to attack ‘car culture’ without disenfranchising, especially rural voters, is to provide an actual viable and cheap alternative. Whether this lies in Hydrotechnology or public ownership of railways, it is clear that a mixture of the free market dogma and minor lifestyle changes is not the route to a fair and environmentally friendly society. There is now no time for fad environmentalism, instead a huge a investment in renewables must be made, crucially with localised ownership.

‘a mixture of the free market dogma and minor
lifestyle changes is not the route to a fair and
environmentally friendly society.’

Lifestyle choices such as veganism and consumer habits are inherently good, but should they form the basis of a political philosophy? Or are they inherently individualistic and work against class consciousness? The Greens are spot-on in thinking the only way of preventing climate disaster is through the formation of a political system which challenges capital and makes mass public investment and research in green technologies. If the Greens are to succeed they must detach this from its cultural and lifestyle connotations and towards a default political strategy to create a fair society whilste battling the climate crisis.